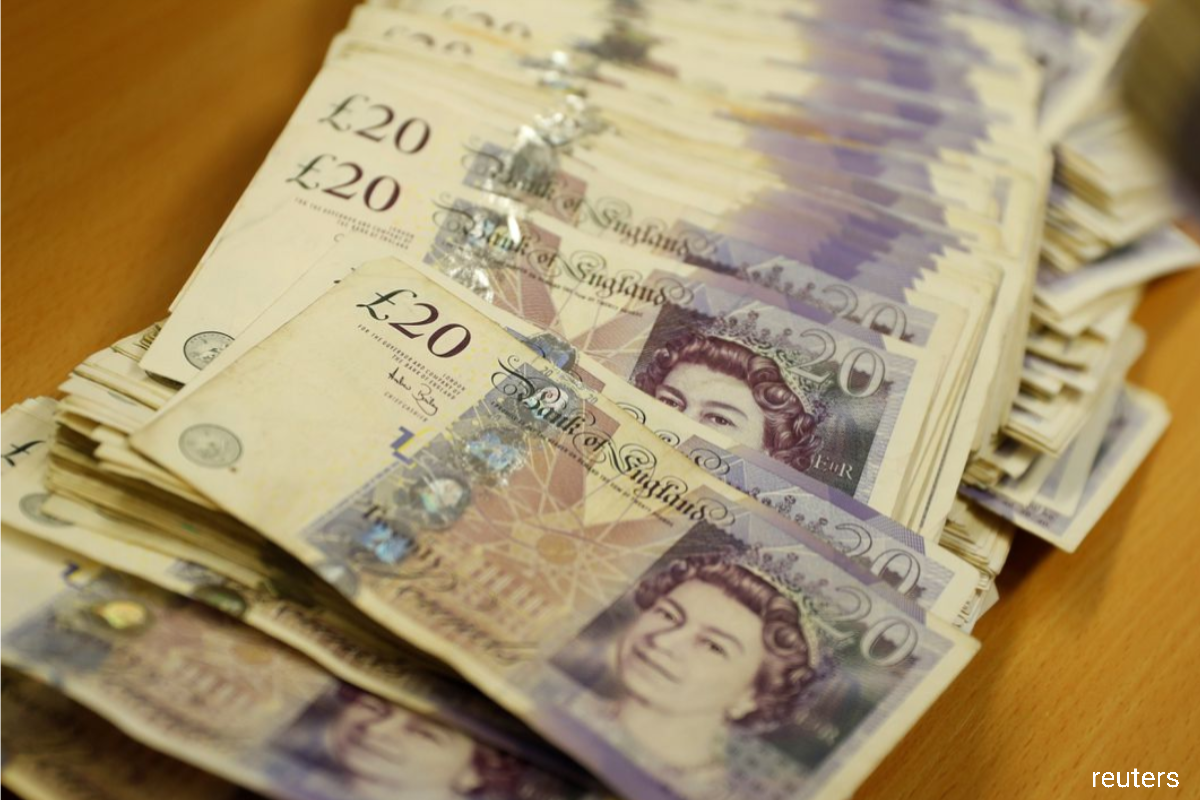 (Aug 2): Pound traders are heading into a critical Bank of England meeting unable to put faith in its views on the economic outlook, given the government is about to change.

The country’s fiscal future won’t be known until after the ruling Conservative party announces a new leader on Sept. 5, with the final two candidates offering widely differing views on tax cuts and borrowing levels. That adds an extra element of confusion for a market already torn between the prospect of the BOE making a 25 or 50 basis-point interest-rate hike on Thursday.

While the currency has picked up in recent weeks partly on the possibility of a half-percentage point move, sterling remains the second-worst performing major currency since Russia’s invasion of Ukraine. Any failure by the BOE to follow other central banks in walloping rate rises to tame inflation may send it back toward historic lows.

“They should be raising rates by 50 or 100 basis points, like the Fed, yet they will probably only raise by 25 basis points in August,” said Craig Inches, head of rates and cash at Royal London Asset Management, just down the road from the BOE. “Currencies are being annihilated at the moment on the rates issue, and if the BOE keeps raising by just 25 basis points, it won’t be long before we see cable at parity.”

The BOE’s convention is not to try to guess what politicians will do with fiscal policy. Instead, officials look at the existing policies set out by the government. That allows Governor Andrew Bailey to sidestep debate about what measures would benefit the economy, instead reacting when decisions are made, usually after twice-yearly budget statements.

Not much might change if former finance minister Rishi Sunak wins the contest, but he’s lagging well behind Foreign Secretary Liz Truss in polls of the party members who get to vote in coming weeks. She has vowed to reverse Sunak’s pledged tax hikes to tackle a cost-of-living crisis and lift borrowing to prevent the UK falling into a recession.

Until a chancellor is appointed and a new spending plan announced, which may not emerge until after the BOE’s following meeting on Sept. 15, policy makers will be missing a key component to determine inflation risks and hence the rate trajectory.

“The entire August policy and forecast cycles are a write off. It’s certainly not helpful,” said Geoff Yu, senior currency strategist at Bank of New York Mellon. He thinks a lack of steer on rates in the near term will limit gains in sterling.

The currency is trading near $1.22, having recovered from a tumble to below $1.18 last month. It’s still down nearly 10% this year, beating only the yen since the Ukraine war boosted energy and food costs and exacerbated the UK’s post-Brexit supply disruptions.

The Pound’s Woes Run Deep, Whether It’s Truss or Sunak in No. 10

The ebbs and flows have been closely linked to money market bets on BOE rate rises. Traders have trimmed the odds of a 50 basis-point move this week, which would be the biggest hike in nearly three decades, but still see an 80% chance. That could drive sterling up to test $1.25 if it’s accompanied by a hawkish tone, according to Jefferies, while a mere quarter-pointer could see it head down toward $1.20.

Overall though, money markets are factoring in about 255 basis points of hikes in this BOE cycle to year-end. That compares with bets for 320 basis points in total in 2022 by the Federal Reserve.

The fiscal plans by both Tory contenders signal the possibility of more UK rate rises regardless of who takes the leadership, said Simon Harvey, chief currency strategist at Monex Europe. While this should be positive for the pound, investors are wary of pricing this in, given the potential negative impact that Truss’ borrowing plans would have on the government’s debt profile.

“With Truss leading Sunak in the polls, the pound is trading with a discount to reflect the economic risk of such policies,” he said.

The lack of clarity on the government may prompt the BOE to hold fire on any aggressive moves, or at least keep some powder in reserve, until mid-September or even November. That would follow a budget usually announced in late October.

The contest for political leadership to replace Boris Johnson, ousted after a series of scandals, also saw some candidates including Truss question the BOE’s performance. Its goal is inflation at around 2%, yet consumer-price gains are closer to 10%, and Truss has said she would preserve the BOE’s independence but “revisit the mandate.”

Brexiteers Want a Piece of the Bank of England: Paul J. Davies

That would mean all bets are off for a longer-term outlook still likely based on Sunak’s Treasury.

“The Bank of England should be saying ‘Who cares what the Chancellor says? It’s irrelevant’,” said Inches.