Post-Pandemic Asean: Managing a retreat from nature after the pandemic 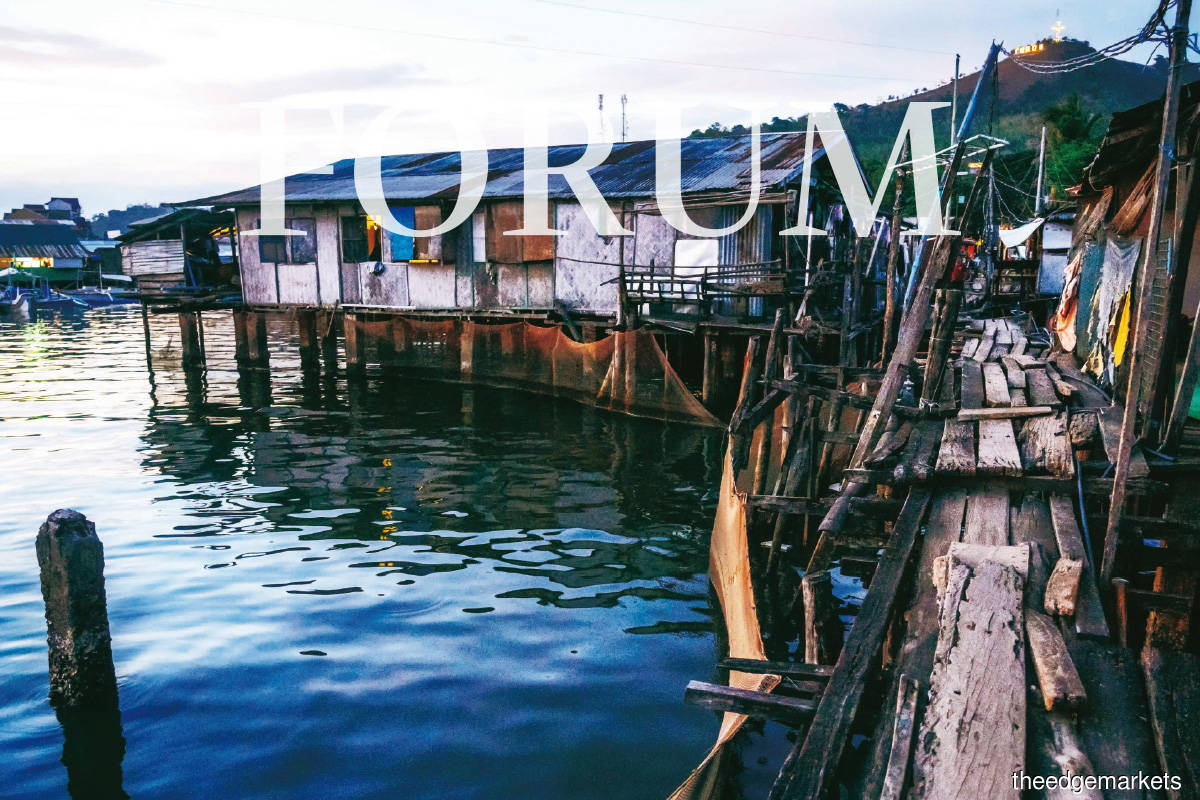 Climate change and rising sea levels are going to require the managed retreat of coastal communities, even those with the best defences in place

The environmental impacts of the Covid-19 pandemic have quite literally been seen from space: Satellites observing earth from Nasa, the US Geological Survey and the European Space Agency, have captured data showing that at various points during the pandemic, deforestation rates slowed, snow became more reflective and water became cleaner.

In Asean, cars stayed in garages and factories were shut under the lockdown, which led to greatly improved air quality in cities. Kuala Lumpur, which normally experiences seasonal haze from deforestation and industrial activity, is one such example. The Malaysian Air Pollutant Index showed that atmospheric particulate matter levels during the lockdown were about 40-50

micro­grams per cubic metre of air, compared with the normal levels of 50-70 mcg/cu m. These improvements are noteworthy, and are especially important for an Asian country given that 70% of the 6.5 million excess deaths which occur every year from air pollution take place in Asia.

Of course, this is not to downplay the deep economic and social pain that the pandemic inflicted, and nor does it ignore the serious environmental costs from the pandemic, such as the sudden growth of certain types of waste: Singapore increased the amount of plastic waste it produced by 1,334 tonnes in just two months of the lockdown due to higher demand for food delivery services, while the Asian Development Bank reported that Bangkok generated 245 tonnes of medical waste each day. In particular, the repercussions of copious amounts of sanitising chemicals going down the drain are a potentially unseen catastrophe. These studies are a reminder that while the environment has the capability of bouncing back to states of equilibrium in just a few months of restricted human activity, it is the deliberate choices we make regarding how we manage our economies and societies that allow environmental destruction and regeneration to occur, or not.

In many countries, those in Asean included, environmental damage has been seen as a necessary consequence of economic growth — a sort of collateral damage for a greater economic good while conveniently side-stepping more responsible ways of delivering on the key objectives of economic activity. But now, as Southeast Asia progresses into a post-pandemic future — and as the world confronts a century of unfettered growth — governments need to determine how much damage they can tolerate to keep the economy functioning and growing while safeguarding the resource base and limiting negative externalities.

In a world that will peak at a population around 10 billion, it should be clear that there are grave consequences for continuing along archaic lines of economic development rooted in environmental mismanagement. Unsurprisingly, this implies that there will need to be a shift in the way we see economic development and the creation of shared prosperity. Currently, bold ideas and objectives to achieve sustainable economic activity based on sound environmental management are cast aside due to the received wisdom that they impose limiting effects on growth. Instead, the conversation is centred on improving the mass consumption of each individual to sustain growth. But it is a dangerous myth to promulgate that everyone in Asean has a right to a Western lifestyle and associated levels of consumption — if everyone in the world were to live like an American, we would need four Earths.

Another perception that constrains how we think about repairing the environment is the belief that environmental damage is irreversible: that once humanity has made its mark on a place, then it is marred forever. This in many instances can be true, but believing this to be the case every time can lower the motivation to undertake environmental repair, as people focus on preserving the virgin spaces that remain. Obviously, deliberate damage that is irreversible must be prevented. At the same time, the environmental repair we have seen throughout the lockdowns is proof that nature is more resilient than we sometimes give it credit for, meaning that new thinking and policies are needed to spur economic activity — and employment opportunities for tens of thousands — through the preservation, protection and restoration of natural systems. Given the scale of damage across Asean, from deforestation in Borneo to river sand mining in Cambodia, and industrial wastewater disposal into rivers in Vietnam, this can only be led by governments.

Governments should see this as an encouragement to be bolder in their environmental strategies. Can air pollution not be minimised, but eradicated? What about solid waste? Can we limit suburban sprawl and expand natural areas? Can the damage of large-scale industrial agriculture be reversed through better use of technology and policy? Human society can start to restore certain areas, drastically limiting human activity and starting to scale back the sprawl of human habitation. If the pandemic is any indication, we might start to see the natural benefits of this sooner than we think. The goal would be the protection of biodiversity and enhanced ecosystem services such as watershed areas and green lungs.

For example, climate change and rising sea levels are going to require the managed retreat of coastal communities, even those with the best defences in place. Coastal property (whether rural, suburban or urban) is going to be a riskier prospect for human habitation, and so communities must be relocated elsewhere. For example, 87% of Manila’s total land area is below the watermark that the worst flood in a 10-year period might reach, according to Greenpeace.

There will be many coastal communities across Asean that will need to retreat inland as sea levels rise and increased soil salinity and coastal erosion make these areas unfit for human habitation, industry or agriculture. This provides great opportunities to redesign these centres of human population and put in place critical infrastructure like wastewater and sewage treatment facilities to protect freshwater bodies and the ocean. It is thus incumbent on government and society to start a programme of natural restoration to explore how to rehabilitate the environment and allow nature to retake spaces. Alongside these measures, it is necessary to ensure that those who must be moved are compensated and their standard of living preserved. In the case of the poor, we must use this opportunity to improve their living conditions. This can be the source of great economic opportunity and revival.

Take the return of otters to Singapore. Pollution and deforestation drove the otter population down in Singapore in the 1970s. However, otters have returned in large numbers in recent years as the country has cleaned up its waterways and reforested land, integrating into urban areas and learning to navigate one of Asean’s most cosmopolitan cities. In addition, wild boars and monkeys have begun to arrive in urban areas.

Bold environmental objectives will also encourage the creation of new technologies and innovations that can assist with environmental repair. For example, rather than accepting the increase in solid waste (plastic and medical) during the pandemic as a short-term consequence, Asean governments can instead set a bold objective to cut waste from disposable personal protective equipment and plastic packaging by 90% within three years — and back up this pledge with real investment and support. Bold objectives like this would unlock the creativity of the local community, such as developing reusable face masks or systems to handle reusable food packaging.

But without bold thinking regarding the environment, the lessons we have learnt from the pandemic will have gone to waste.

Chandran Nair is the founder and CEO of the Global Institute for Tomorrow. This article is part of a series on key areas in which Asean, as part of a regional and global system, needs to consider transforming itself if it is to learn from the pandemic, identify future opportunities and achieve social change for the better