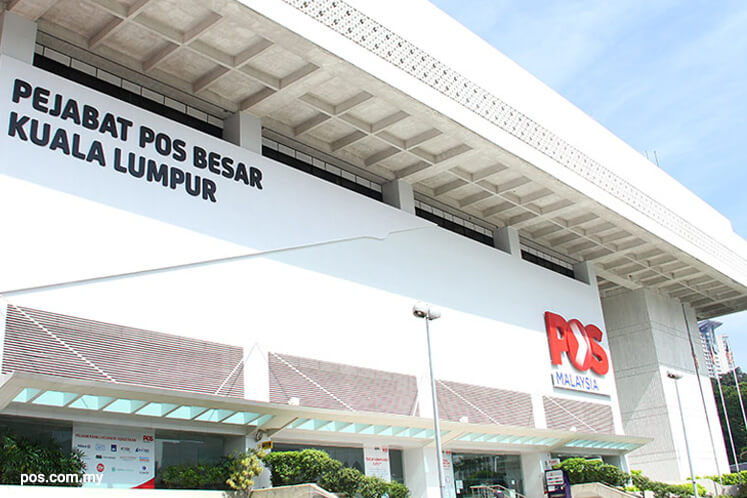 Pos Malaysia Bhd
(June 1, RM5.05)
Maintain hold with a lower target price of RM4.73: In the fourth quarter of financial year 2017 (4QFY17), Pos Malaysia Bhd’s courier volume grew by 27% while its top line rose by 24%, implying a 3% drop in average courier fee charges. This is due to higher contribution from contract customers which yields lower compared with walk-in customers.

The group plans to merge its mail division (Pos Mel) and courier division (Pos Laju) to enable more efficient resource allocation. However, the integration is not without its challenges due to the two divisions’ different natures of route planning. The group has currently completed the planning system procurement from its vendors and the execution of the route integration would take place in second half of 2017.

Currently Pos Malaysia retail outlets are underutilised, but the closure of the redundant outlets is difficult due to the government mandate. Therefore, Pos Malaysia plan to implement modifications to some retail outlets to enable them to serve the fast-growing Pos Laju business, which would improve the utilisation of extra capacity in the business.

Lazada would utilise about 80% of Pos Malaysia’s old low-cost carrier terminal (LCCT) terminal space as an e-fulfillment centre (slated to be ready by September 2017). Pos Malaysia’s role would be providing warehousing space, custom clearance, and pick and pack for Lazada. Its courier division would not be involved directly in this collaboration as Lazada would still be employing its existing business model of having multiple service providers.

While long-term prospects of the business remain favourable with the boom in e-commerce, we believe the gestation period of the business would be longer than we expect as the group would face: i) higher fixed costs when the Integrated Processing Centre (old LCCT) commences operation by 3Q17, resulting in higher overheads; and ii) earnings drag from its roll-on roll-off and aircraft service division in KL Airport Services Sdn Bhd, which is still in the red. — Hong Leong Investment Bank Research, June 1