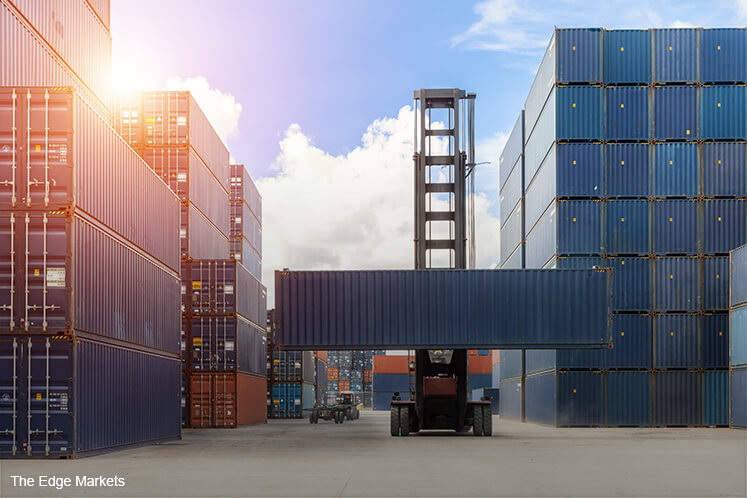 KUALA LUMPUR: Malaysian ports’ container and cargo-handling prospects are likely to remain healthy in 2017 in tandem with the gradual global economic recovery, said RAM Rating Services Bhd. The rating agency expects throughput growth to remain at the low single-digit levels, akin to the modest 3% recorded in 2016.

“Nonetheless, in the immediate term they are still vulnerable to the effects of the current trend towards protectionism and changes in shipping alliances,” she added.

RAM noted that while the global economy is gaining momentum — with world trade expected to expand 3.8% in 2017 against 2.2% in 2016 — recent developments such as Brexit and US President Donald Trump’s protectionism rhetoric have led to the question concerning their impact on global trade flows.

However, Davinder said, Malaysia continues to benefit from its strategic location along the Straits of Malacca, one of the busiest shipping lanes in the world.

“Malaysia’s throughput remained resilient in 2016, with container throughput recording a 10-year CAGR [compound annual growth rate] of 6% while that of cargo throughput came in at 5%.

“At the same time, Malaysia handled more than 25% of the containers passing through the Asean-5 nations — Malaysia, Singapore, Thailand, Indonesia and the Philippines — and accounted for 3% of the world’s container traffic.”

While prospects for regional trade expansion are still encouraging, Davinder said the long-term growth of Southeast Asian ports must be analysed in the context of economic growth, the region’s upcoming new port capacity and the newly formed shipping alliances’ requirements.

“Regional port expansion is underway in Singapore, Malaysia, Indonesia, Thailand and the Philippines, adding at least 100 million TEUs (20-ft equivalent units) of new container-handling capacity over the next 20 years, with most of this planned along the Straits of Malacca.

“Though the new capacity will provide opportunities in terms of scale, there is a possibility of running into a supply glut and an ultra-competitive situation if trade growth does not keep pace.”

Davinder added that the Straits of Malacca’s prominence vis-à-vis global trade must be closely monitored, especially with China pursuing its ambitions through the One Belt, One Road initiative.

From a funding perspective, Davinder sees the Malaysian and regional port sectors’ financing needs would be massive if all the expansion plans, announced earlier, materialise in the near future.

“However, we expect a gradual roll-out. On this note, [the] domestic funding needs in five years are projected to hover around RM5 billion, factoring in the expansion of Kuantan Port, Sapangar Bay Container Port [in Sabah] and Port of Tanjung Pelepas [in Johor], deemed more definite than that of the others.”