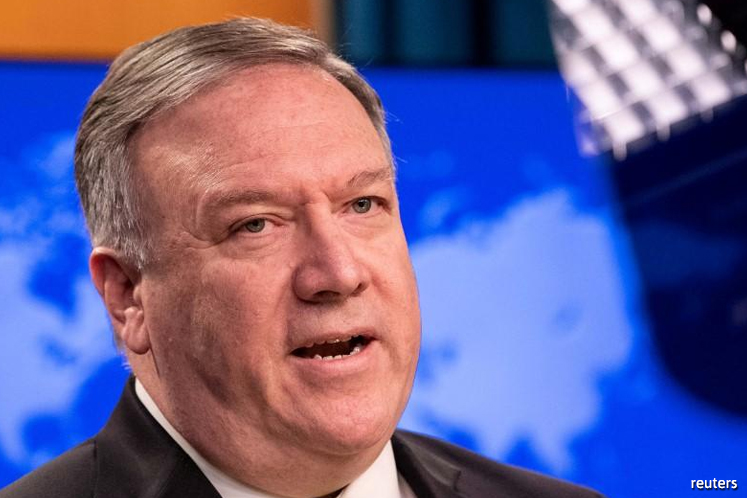 WASHINGTON (June 2): The United States is considering the option of welcoming people from Hong Kong in response to China's push to impose national security legislation in the former British colony, U.S. Secretary of State Mike Pompeo said in remarks released on Monday.

Influential Republican Senate leader Mitch McConnell told that chamber on Monday he hoped the Trump administration would soon identify specific ways to "impose costs on Beijing" for curbing freedoms in Hong Kong, and said the United States should mirror the response of other democracies and open its doors to people from the territory.

Speaking to the American Enterprise Institute on Friday, Pompeo gave no details about immigration quotas or visas when asked about Hong Kong, and merely said: "We are taking a look at it." His remarks were shared by the State Department on Monday.

President Donald Trump on Friday ordered his administration to begin the process of eliminating special U.S. treatment for Hong Kong to punish China for curbing freedoms there, but stopped short of immediately ending privileges that have helped the territory remain a global financial center.

Last week, Britain said it was prepared to offer extended visa rights and a pathway to citizenship for almost 3 million Hong Kong residents.

"We are considering it. I don’t know precisely how it will play out. The British have, as you know, a different relationship. A lot of these folks have British national passports. There’s a long history between Hong Kong and the United Kingdom; it’s very different. But we’re taking a look at it."

In his Senate address, McConnell said the United States had "a rich heritage of standing as a beacon of light" to refugees from war and communism.

"We should exercise it again for the people of Hong Kong," he said.

Last year, Trump approved legislation stating that Hong Kong residents may not be denied visas because they have been subjected to politically motivated arrest, detention, or other "adverse" government action.

In a statement on Monday, Pompeo said the move would apply only to graduate students and researchers "targeted, co-opted and exploited" by the Chinese government, representing "only a small subset" of such applicants.