A polls defeat and the Bersatu story 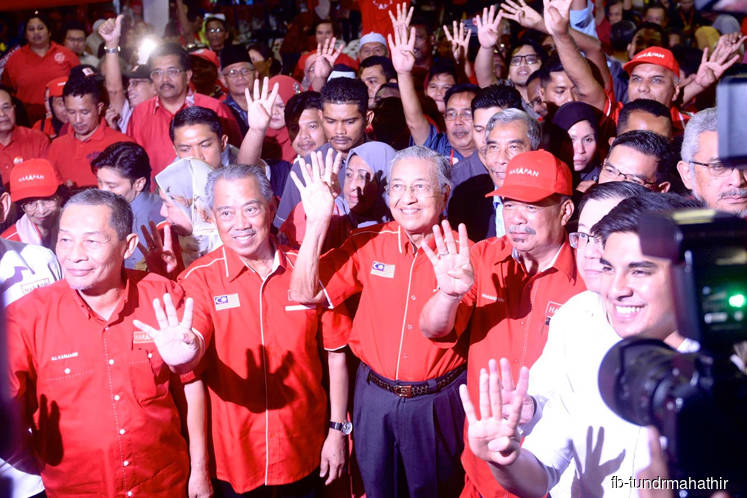 Even days before polling, the people of Tanjung Piai were telling the media they wanted to teach Pakatan a lesson. The target of their message was the coalition generally.

But veteran politician Syed Husin Ali did not talk in general terms. He was specific and called the defeat a “referendum against a Pakatan Harapan led by Tun Dr Mahathir Mohamad”.

In a tweet, moments after the results were announced, Syed Husin blamed Dr Mahathir, saying “the rakyat wanted to teach not only Pakatan Harapan but specifically Dr Mahathir a lesson”.

Dr Mahathir is the chairman of both Pakatan and Parti Pribumi Bersatu Malaysia. Pakatan’s candidate for Tanjung Piai was a Bersatu man. Dr Mahathir had campaigned in Tanjung Piai and even wrote a personal letter to voters to choose the Pakatan candidate.

To Ilham Centre chief executive officer Mohd Azlan Zainal, the blame game in public was not healthy. Everybody, he said, should exercise caution.

One thing is for sure. Detractors will seize the opportunity to drive a wedge between Dr Mahathir and Anwar. As pointed out by Mohd Azlan, there are accusations of internal sabotage with regard to the heavy loss in Tanjung Piai. As it is, they remain as accusations.

Some political observers said it is not right to blame Dr Mahathir alone, or even Bersatu, for that matter. But admittedly, they said, Bersatu’s actions had made the people angry, in particular the non-Malays, especially the Chinese.

While anger over the policy on Jawi and the delay in recognising the independent Chinese schools’ Unified Examination Certificate was aimed at the Pakatan government, other issues concerned Bersatu specifically.

One glaring example is the Bersatu-linked Malay Dignity Congress attended by Dr Mahathir himself. The congress hurt the feelings of the non-Malays, particularly the Chinese.

Also hurtful to the non-Malays were remarks by Bersatu leaders concerning many issues. The Perak menteri besar’s comments in a racial vein in a recent video clip did not help matters. So too was Bersatu accepting former Umno leaders into its fold. Many see Bersatu as another Umno, the very party they kicked out in the 14th general election.

For sure, it is never easy when politics in this country has always been about race and religion, and a large number of seats are Malay-majority.

To state the obvious, political parties must win the Malay votes to gain power. Bersatu had to check any progress or advance made by the Umno-PAS alliance which has no qualms about using racial and religious sentiments to get Malay support. Hence, Bersatu plays the same game.

But Bersatu, in its quest to appeal to the Malay masses, lost the support of the Chinese and other non-Malays in the process.

And based on what happened in Tanjung Piai, Bersatu did not get the Malay votes ether. Not getting Chinese votes was a given. It was neither here nor there. Take the Malay Dignity Congress, for example. If it was meant to get Malay support, it certainly did not succeed in doing so as seen in Tanjung Piai.

Ilham Centre fellow Dr Hamidin Abdul Hasmid agreed that not only did the congress fail to get Bersatu the Malay support it wanted but it succeeded in incurring the wrath of the Chinese. Tanjung Piai was testimony to this.

In a nutshell, Bersatu is seen to be veering to the right. Now the question, according to a political observer, is will the big defeat in Tanjung Piai pull Bersatu back to the centre to appeal to the non-Malays? Or will Bersatu go further right by pandering to Umno-PAS’ base?