Politics and Policy: An unnecessary controversy that has divided us 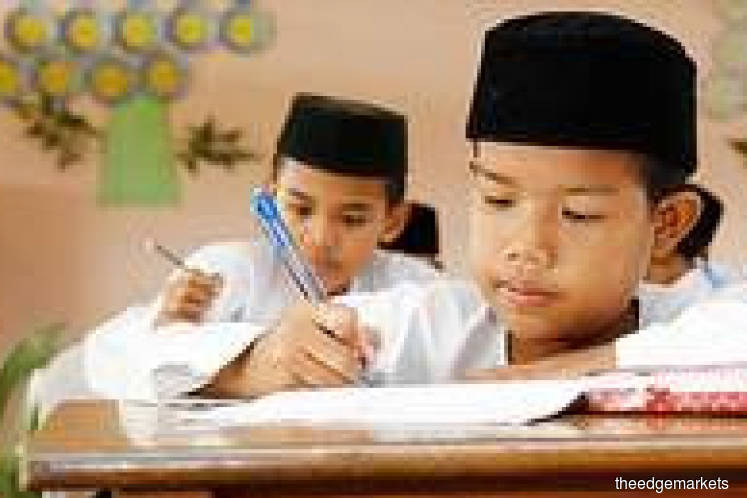 "KHAT” as defined by Merriam-Webster is “a shrub of the staff tree family that is cultivated in the Middle East and Africa for its leaves and buds, which are a source of a habituating stimulant when chewed or used as tea”.

The Cambridge English dictionary describes “khat” as “the leaves of an Arabian bush that are chewed or made into tea that acts as a stimulant (= a substance that makes the mind or body more active), which is classed as an illegal drug in some countries”.

Obviously, the controversy that boiled over last week concerns “khatt”, which Wikipedia says is “Islamic calligraphy” — the “artistic practice of handwriting and calligraphy based upon the alphabet in the lands sharing a common cultural heritage. It includes Arabic calligraphy, Ottoman and Persian calligraphy”.

“It is known in Arabic as khatt Islami, meaning Islamic line, design or construction,” added Wikipedia.

The development of Islamic calligraphy is strongly tied to the Quran; chapters and excerpts from the Quran are an almost universal source upon which the calligraphy is based.

However, Islamic calligraphy is not limited to strictly religious subjects, objects or spaces. Like all Islamic art, it encompasses a diverse array of works created in a wide variety of contexts.

The prevalence of calligraphy in Islamic art is not directly related to its non-figural tradition; rather, it reflects the centrality of the notion of writing and written text in Islam, according to Wikipedia.

Now, on to the controversy that raged  recently in our country. When I first read about the issue, the Ministry of Education (MoE) had announced that it would introduce khat in the Year 4 Bahasa Malaysia syllabus for all schools, including vernacular ones. (Note: I am spelling “khat” with a single “t” as this is the accepted spelling in Malaysia.)

People supporting or opposing the MoE’s proposal were then talking about khat per se. Then, along the way, many began adding Jawi to the polemic.

If khat is Islamic calligraphy, Jawi is, according to Wikipedia, “an Arabic script for writing Malay, Acehnese, Banjarese, Minangkabau, Tausug and several other languages in South East Asia”.

Obviously, khat and Jawi are two different things. Is Jawi part of the MoE’s decision as well?

The MoE says the implementation of khat calligraphy is not a comprehensive instruction for pupils to master Jawi. Well …

This article is not about whether the MoE is justified in wanting to carry out its decision on khat, or whether the people supporting or opposing the proposal are justified in taking their respective stances. This is not about who or what is right or wrong because many have already expressed their views on the matter. And many are still having a go at the issue, either defending or opposing it.

Instead, this article is about what the controversy is doing to Malaysians.

For one, it is driving a wedge between the Malays and non-Malays. True, it is not all Malays on one side and all the non-Malays on the other side. And yes, we are not at each other’s throats, thank God, but there is polarisation.

The folks who have always used race and religion as political ammunition are now gloating. Those Malays, who all this while have been casting a suspicious eye on non-Malays, accusing them of having their own agenda and not being patriotic enough, are proudly claiming that they have been right all along. A quick look at comments on social media platforms will bear testimony to this.

We have seen a memorandum by self-proclaimed defenders of the Malay race being handed over to Dong Zong.

And even those Malays — some of them, anyway — who had defended the non-Malays for ages are beginning to say the non-Malays have crossed the line this time and are “a bit too much” to oppose the khat proposal.

Because of this issue, the non-Malays, in particular the Chinese, have succeeded in giving themselves a bad name. And in the process, they are giving the other side plenty of bullets to fire at them.

The Chinese, in opposing the proposal, have created a division within the usually united and solid DAP as the leaders are for it while the grassroots are dead against it. We have seen the service centre of a DAP assemblyman in Perak being pelted with eggs and the party being accused of betraying the voters (read: Chinese community).

And the political foes of the DAP are having a field day running down Lim Guan Eng and company. The very same people who did not have any qualms when Jawi was used in road signs during the Barisan Nasional administration are making lots of noise now.

Meanwhile, Umno, which stopped publishing its Jawi newspaper Utusan Melayu years ago for financial reasons, has now renewed its love for the Jawi script.

That is the reality we are seeing now, although it is also true that there are Malays opposing the khat proposal, as there are Chinese and Indians supporting it.

We know all too well that it is not about race and religion, but that is what it is being portrayed as.

The MoE says the introduction of khat was decided during the revision of the curriculum (KSSR) in 2014. That would mean when BN was the government. So is Pakatan Harapan obliged to implement it when it is in power? Nobody is saying anything but somehow, PH saw it fit to carry it out next year.

As I see it, what we are having now is an unnecessary controversy.

Anyway, PH is in a spot. As veteran journalist Kee Thuan Chye posted on Facebook: “If the government goes ahead with implementing khat in schools, Pakatan Harapan could be in danger of losing massive support and that could even result in its losing GE15.”

But says Kee, “It (the government) will find it hard to U-turn without getting hammered by Umno and PAS and thereby risking Malay support.”

Therefore, the veteran journalist suggests that the government keep khat but also include the Chinese, Tamil, Iban and Kadazan forms of writing in the school curriculum even if it means moving it out of the Bahasa Malaysia subject.

A win-win and face-saving measure? Perhaps. Rest assured that PAS and Umno will tell the Malays that PH is kow-towing to non-Malay pressure.

Well, the Cabinet has come up with a “solution”, with Education Minister Maszlee Malik announcing that the lessons would be reduced to three pages instead of the initial six. And more importantly, the introduction of khat will be optional, with teachers given the power to decide on its implementation in their respective classrooms.

Generally, the public has welcomed the gesture.

But things said earlier have hurt feelings. There is mistrust among the communities. Honestly, it is not easy to counter it, if at all it can be done.