Politics and Policy: Unanswered questions about the Umno-PAS charter 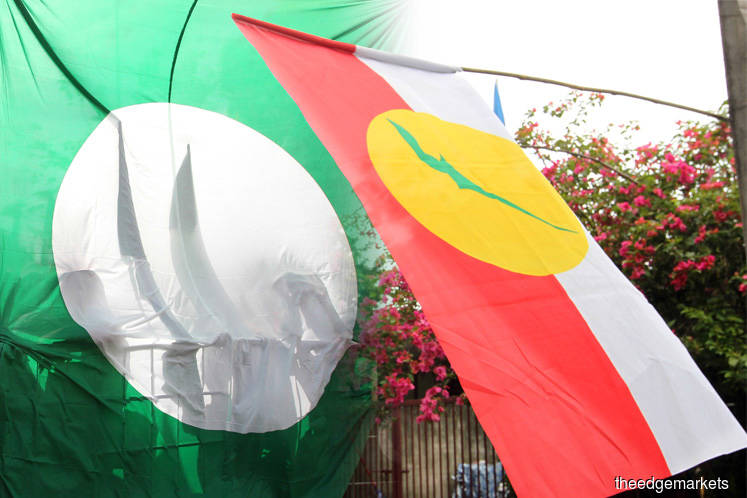 THE gathering to mark the unveiling of the Umno-PAS charter at the weekend has retained its original theme — Perhimpunan Penyatuan Ummah or assembly for the unification of the ummah.

As I wrote in last week’s article, Umno — in particular its deputy president Datuk Seri Mohamad Hasan — had wanted the theme to be changed because “ummah” sounds exclusive and even racist, which would be a turn-off for non-Malays.

But it is no secret that PAS was not keen on the name change as “ummah” — the Arabic word for “people” — seems to have an Islamic connotation.

Anyway, with no change in theme and “ummah” proudly displayed on banners and buntings, it can be concluded that PAS got what it wanted. Umno did not kick up a fuss, perhaps feeling that it is a minor issue not worth fighting for.

It might as well remain unchanged because the entire show, that is the gathering and the Umno-PAS charter, is all about Malay Muslims, make no mistake about it. Never mind that both parties had called upon non-Muslims to turn up at the event at PWTC and the invitations were sent much earlier to MCA and MIC.

The emphasis on the ummah is obvious. Even if there had been a name change, the goal set by Umno and PAS has always been to garner Malay Muslim support with the 15th general election in mind.

The word ummah aside, the big question has always been about the scope of the Umno-PAS charter itself. It is not about the reasons for having it in the first place as that was crystal clear from day one. What everybody wants to know is the content of the charter, and the nitty-gritty.

However, four days before the official signing of the charter by the presidents of both parties, Umno secretary-general Tan Sri Annuar Musa issued a statement, which was mainly to rebuff criticism of the charter by Amanah vice-president Datuk Seri Mujahid Yusof.

Annuar also listed what he saw as the justification and objectives of the charter, which had been articulated by Umno leaders, including Annuar and, of course, the PAS leadership.

Interestingly, point 11 in Annuar’s statement said only a one-page summary of the charter would be made public. Perhaps this is to preempt uncomfortable questions.

The rest of the document, according to Annuar, is classified as an “internal document of both parties”.

I can understand that the Sept 14 ceremony is symbolic and to openly state the contents of the charter would be unrealistic, not to mention time consuming. If so, then the event should not have been called the unveiling of the charter.

Nevertheless, the uncomfortable posers that Annuar is determined to preempt are being asked now, in particular, the allocation of seats come GE15, although Umno deputy president Mohamad had said from the outset that it should not be the focus of the pact.

Umno and PAS are adamant that the reason for having the charter is about unifying the Malays, which they say are now a disunited lot who are courting all sorts of risks, dangers and problems.

But to many Malaysians, it is about a political pact between two political parties wanting to wrest power from the current government. As such, details about seat allocation are among the most important political issues which need clarification. Surely that is the very question playing in the minds of many ordinary members of both Umno and PAS.

Political writer and long-time PAS watcher Mohd Sayuti Omar took it up a notch, saying: “Why not make it known that Datuk Seri Abdul Hadi Awang will be prime minister” in the event Umno–PAS succeeds in toppling the Pakatan Harapan government?

To Sayuti, not disclosing such an important detail invites problems for the Umno-PAS alliance.

The veteran political writer says the charter is seen as a document that clearly stipulates offers and pledges agreed upon by Umno and Pas. “Everybody knows it’s about politics, so everybody wants to know the terms and conditions of the charter as well as what has been agreed upon by both parties.”

Other than seat allocation, says Sayuti, the make-up of the Cabinet and the mechanism to be used in drawing up the Cabinet must be made known to inspire confidence. This is because Umno and PAS had worked together in the past but the arrangement did not last long.

Sayuti believes that secrecy is being maintained because Umno and PAS want to make sure that Umno’s allies, MCA and MIC, are kept in the dark, at least for now, as both parties will not be happy if “things listed in the charter are only favourable to Malay Muslims”.

“By not telling the whole story, Umno and PAS are trying to entice only one section of the rakyat. They are not reflecting the Malaysian spirit,” says Sayuti.

Therefore, Umno and PAS, according to him, must make the details of the charter public so that they can be scrutinised by all Malaysians, just like how Pakatan Harapan’s “People’s Declaration” or “Deklarasi Rakyat” was unveiled in the run-up to the last election.

I see Sayuti’s point. Perhaps Umno and PAS, which are adept at using social media, especially of late, ought to use the platform to reveal the details of the charter now shrouded in secrecy.

Unless they really have nothing to show?