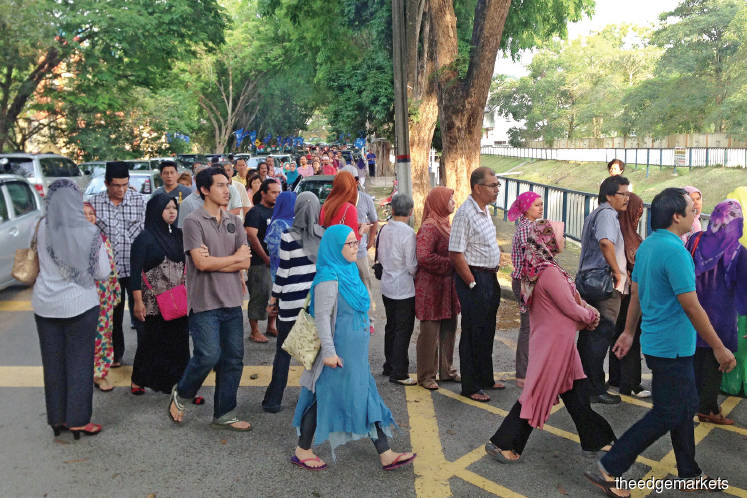 A “takfiri”, as Wikipedia defines it, is a Muslim who accuses another Muslim of apostasy. The accusation itself is called “takfir”, which is derived from the word “kafir” or unbeliever or infidel, as many Muslims put it.

Do we have takfiri in our midst? Amanah president Mohamad Sabu certainly believes this culture is rearing its ugly head again in the Malay Muslim community in the country.

To prove his point, Mohamad cited the incident where a Facebook account holder uploaded a status accusing Amanah vice-president Datuk Seri Mujahid Rawa of being a “minister for Islamic affairs with an infidel’s soul”. To be precise, the Bahasa Malaysia posting reads “menteri agama berjiwa kafir”.

Two police reports have been lodged by the Federal Territory and Terengganu Amanah and Mohamad wants this “budaya takfiri” to stop as it tarnishes the image of Islam and affects racial and religious harmony in the country.

But this so-called takfiri culture is not something new and has been ingrained in Malay/Muslim politics in Kelantan, Terengganu and Kedah, reaching its height in the 1980s. Only then, it was known by a different name.

Back in April 1981, Pas vice-president Abdul Hadi Awang delivered a fiery speech at a ceramah held in a village near Kuala Terengganu where he spoke at length on the PAS struggle and why it was fighting Umno — another Malay Muslim party.

This, said Hadi at the time, was because Umno perpetuated the unIslamic rule of colonialism, upheld the constitution, which was drafted by the colonial masters, hence not Islamic, and had maintained regulations of the Dark Ages or jahiliyah era.

Hadi referred to the struggle of PAS and its supporters against Umno as jihad and those who died in the struggle as martyrs or al-shahid.

That part of his speech appeared in posters bearing his image and it was known as “Amanat Haji Hadi” or Hadi’s mandate or decree, if you like. It was seen as Hadi’s bold stroke that drew a line separating PAS and Umno.

It marked the beginning of the era of “kafir mengkafir” — Muslims calling fellow Muslims infidels due to different political beliefs.

Hadi, however, denied ever labelling Umno members kafir — directly, that is. But Umno members pointed out that Hadi had called those who did not uphold Islamic laws infidels and alleged that Umno did not implement Islamic laws and other things deemed Islamic.

Nonetheless, Amanat Haji Hadi was accepted in many villages, notably in Terengganu, Kelantan and Kedah, resulting in separate imam for Friday and even daily prayers, separate kenduri, abattoirs, funeral rites and burial sites.

At its worst, almost everything was separated between PAS and Umno members, with some families going through acrimonious divorces, which eventually led to a large-scale division of the Muslim ummah.

Hadi, as we know now, is the current PAS president. Neither he nor PAS has retracted Amanat Haji Hadi, openly or otherwise.

In fact, in September last year, the party maintained that Hadi’s remarks were part of a normal speech and not a decree and were never documented as PAS policy.

But the worrying thing is that the budaya takfiri, as cautioned by Mohamad Sabu, is coming back into the mainstream politics.

Since the last general election (GE14), racial and religious sentiments have been fanned by both sides of the political divide. The availability of social media platforms is nurturing a politics of a different kind, one that is divisive and bitter.

Party leaders should lead the way in moderating the rising political temperature but in the case of PAS and Hadi, they have not been very helpful. Amanat Haji Hadi is no more, but now we hear Hadi calling on Muslims to support only Muslim leaders even if they are not as good as the non-Muslim ones.

And a few weeks ago, Hadi spoke of the need for Malay Muslims to understand the nature of politics, especially when choosing between Muslim and non-Muslim rule.

Using the analogy of herding, Hadi was quoted as saying, “If we are patient with each other (Muslims), even if (the leadership) is cruel, we can be cowherds at least, but under other people’s rule, we (can end up) as pig herders.”

Notice the choice of animal to drive home his point to his target audience.

Perhaps, the other people Hadi was referring to were non-Muslim parties. Or was he pacifying the sceptics in PAS itself, who are unhappy with the party for marrying a tainted Umno, thus damaging its Islamic self in the process?

To me, Hadi has always been more of a politician, and a shrewd one at that, than an Islamic cleric. And to long-time PAS watcher Mohd Sayuti Omar, the president is a typical politician who can change his stance to suit the time without looking back at what he has done previously.

But Hadi, according to Sayuti, is least worried about his inconsistency as he knows his horde of supporters will continue to support him.