Politics and Policy: Spell out roles of palace and state once and for all 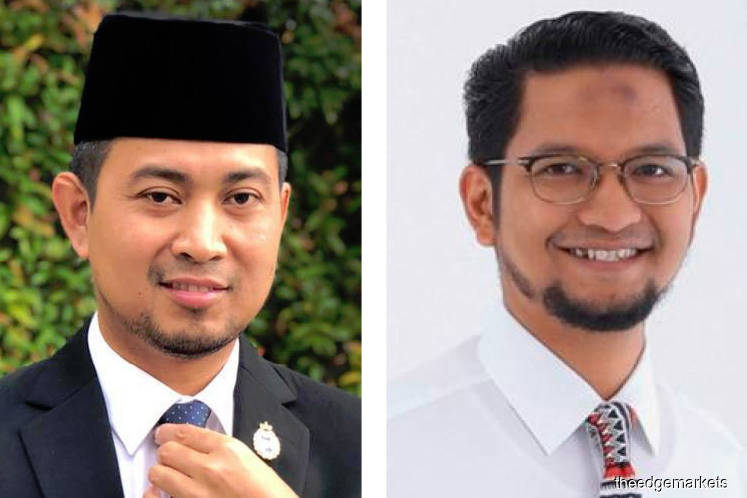 FIRST, a quick rewind of last week’s article on lowering the voting age. I started off by saying that the late Tan Sri Syed Jaafar Albar was elected Umno Youth chief in 1976 when he was 62 years of age — which is clearly not youthful. Incidentally, the late Syed Jaafar hailed from the southern state of Johor.

Speaking of Johor and the definition of youth, a controversy is brewing even as I am writing this.

Last week, I wrote that parliament had passed an amendment to the Youth Societies and Youth Development Act, changing the definition of youth by lowering the maximum age limit from 40 to 30. All this while, the definition of youth had been 15 to 40 years of age. With the amendment, among other things, a 40-year-old can no longer be head of a youth organisation, what more a 62-year-old.

So, when Johor Menteri Besar Datuk Dr Sahruddin Jamal announced that the state would not follow the federal government’s redefinition of youth, I was, to say the least, baffled.

I mean, the amendment had already been approved by the august house and should therefore be binding on all. We can’t be adopting two standards in one country, can we?

To me, that was a nice U-turn. Never mind that the term is always perceived negatively. But just as I was about to say “Alhamdulillah, common sense has prevailed”, the Johor government dropped a bombshell the very same night.

Sheikh Umar, the state exco member in charge of youth, sports, entrepreneur development and cooperatives, issued another statement, saying the Johor government was sticking to its earlier decision to keep the maximum age for youths at 40 after receiving “advice from several parties”.

There was no mention of who the “several parties” were, but speculation was that it could have come from the istana.

On the same night, Johor Crown Prince Tunku Ismail Sultan Ibrahim uploaded a photograph of him with Sahruddin and Sheikh Umar on Facebook, thus fuelling all kinds of speculation.

When Prime Minister Tun Dr Mahathir Mohamad was present in parliament last Wednesday for the PM’s Question Time session, Sahruddin was there to meet him.

The menteri besar denied the meeting was to discuss the state’s U-turns in particular.

It is no secret that Johor menteris besar have always had to strike a balance between serving the federal government of the day, the national leaders of their party and the palace. It is no easy feat.

In this case, Home Minister Tan Sri Muhyiddin Yassin, who is also from Johor, revealed to the media that he was informed that the palace had given its views on the matter.

Pressed on speculation that the interference was coming from the crown prince, or TMJ as he is widely known, Muhyiddin said he only heard about such allegations from newspapers, which he did not name.

“I don’t know if it is real or not but I read that was why they (the Johor executive council) made U-turns. I hope it’s not real,” Muhyiddin was quoted as saying by Malaysiakini.

He said he respected the views of the Johor sultan and crown prince and that it was “okay for the palace to give its views” but not to the extent that it is “considered as interfering in administrative matters”.

The state government, he said, must be given space to implement policies that are consistent across the country. “I hope what is being described as interference will not happen,” he added.

True. So, it is time for a refresher on the respective roles of the government and the palace as stipulated in the constitution.

Ours is a constitutional monarchy, hence the palace has a unique role and responsibility to shoulder.

To put it plainly, the dos and don’ts for both the state government and palace must be outlined yet again, very clearly. There must be a clear definition of what constitutes interference, advice and so on.

To Datuk A Kadir Jasin, who is special media adviser to the prime minister, it is pointless to keep talking and giving out “empty warnings”.

In a Facebook post, he opined that the federal constitution must be amended to define clearly the powers of the federal and state governments. Amending the constitution is not something unusual, he pointed out.

“This is not about partisan issues of the government and opposition. This is about the nation and rakyat,” he said.

He recalled that even during Barisan Nasional’s rule, there were problems with the palace, albeit not with all the Malay rulers.

As Kadir sees it, amending the constitution will be good for safeguarding the royal institution.

Valid points from a veteran journalist.