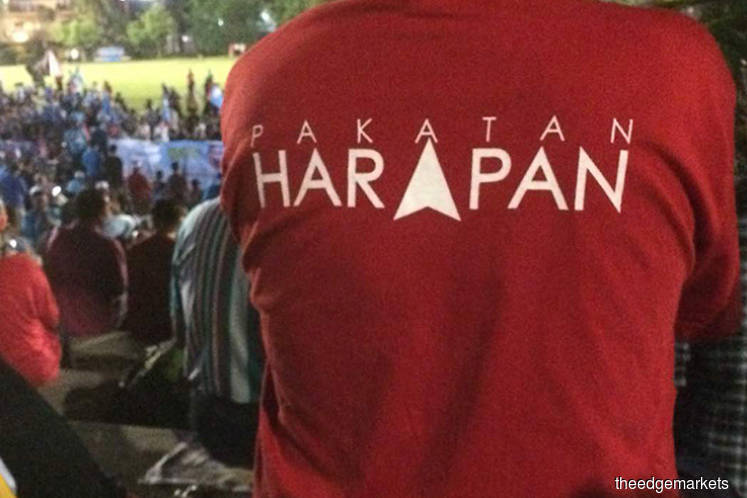 AN old friend, a retired high-ranking civil servant, said in a recent Facebook posting that “not all civil servants are obedient to the government of the day”.

He came up with an interesting way to bring across his point by highlighting a poem penned in 1886 by the late Alfred, Lord Tennyson, called The Brook.

The Brook is a poem about nature, written against the backdrop of the Industrial Revolution in Great Britain in the late 1700s and early 1800s. As the cities grew, living conditions deteriorated for the poor and the working class.

While the new manufacturing processes were drastically transforming industry and society, the poem struck a different note with its focus on nature.

The Brook is seen as a symbol of life — a journey from its origin to its destination. A brimming river represents a man’s journey from birth to death. I reproduce here the last verse: “And out again I curve and flow, to join the brimming river, for men may come and men may go, but I go on forever.”

The phrase “for men may come men may go, but I go on forever” is used many times in the poem. And it is this phrase that my retired civil servant friend emphasised to drive home his point. Obviously, he wasn’t talking about nature nor a symbol of life.

He was talking about the attitude of civil servants, well, some of them anyway, towards the government of the day. He stressed that not all civil servants, but many of them, often say “politicians come, politicians go, but we stay ”.

Which reminds me of remarks by a senior minister in the BN administration many years ago, which was then led by Tun Dr Mahathir Mohamad. At a private lunch for a small group of editors, he was asked about civil servants not moving in tandem with the pace set by the government. In reply, the senior minister expressed the same sentiments as that of my friend: politicians come, politicians go, but they — the civil servants — stay forever.

As my friend sees it, this is one of the main reasons why a new government cannot always bring about changes. According to him, “civil servants, too, have their own game, what more if ministers are not experienced enough”. He adds that political opponents will make mincemeat of ministers who are not well versed or who do not know the game.

I don’t know about the mincemeat part but there is some truth in what he says. After all, as a retired civil servant, I believe he ought to know what he is talking about.

Perhaps Pakatan Harapan (PH) ministers are going through this ...

surely some of them. Don’t push for too many changes as some won’t get done. What more if the minister doing the pushing and shoving is a non-Malay. Race will be brought into the narrative, if not by civil servants, then by many so-called “concerned affiliates” acting in the name of race and religion.

Bear in mind that ours is a big, predominantly Malay civil service whose support and votes matter. Many among them are hardworking, honest and committed— even to the changes that need to be carried out. But the rakyat, those who voted for change, also deserve the many changes they yearn for. PH, I would say, is caught between a rock and a hard place.

Then there is the current big issue among civil servants — a new contractual scheme. I quote here a report from Malay Mail Online: “From next year, new hires in the civil service may not come under the pension scheme as there are plans to replace the latter with an improved contractual scheme.”

The key words here are “may not” and “there are plans”. In a nutshell, nothing has been finalised. The report added that “an official decision on the new scheme will only be made next year”.

But civil servants, even the retirees, are already worked up and discussing the matter in offices, canteens and kenduri with all sorts of interpretations, speculation and conclusions. Although the scheme is chiefly about new hires, the retirees can’t be blamed as details are scarce.

The prime minister said at a recent press conference that pension payments had ballooned, partly because of the 25% salary increment for civil servants granted by the previous government — a move made by the BN without taking into account the government’s financial strength.

According to him, a new mechanism is needed to alleviate the burden on the nation’s coffers as pension payments have become a huge financial burden.

For PH, feedback from all stakeholders, including the restless civil servants, must be obtained in coming up with a plan. The rationale must be explained properly. Granted, some will still be disgruntled no matter what the explanations are.

The same goes for other policies or cutbacks which the government might be thinking of. The civil servants and the rakyat in general will be willing to bite the bullet if the rationale for the policies or the cutbacks is well articulated by the government.