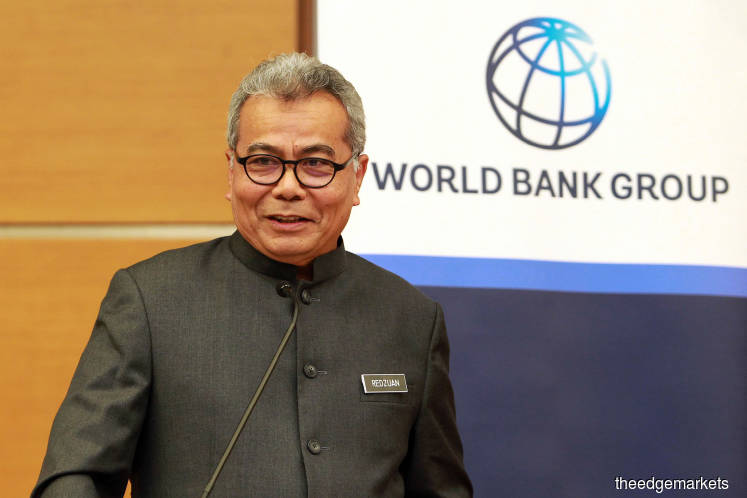 BERSATU supreme council member Datuk Seri Redzuan Md Yusof believes the Pakatan Harapan-led Perak government will not break apart because of a recent video of the menteri besar that has gone viral.

In the video, Menteri Besar Datuk Seri Ahmad Faizal Azumu is seen lamenting that he is “fighting a lone battle against the DAP in the state”.

Redzuan could very well be right. The video per se will not harm the state government. But what about other issues related to the MB? As a result of the video, other old issues are making the rounds again, which some say have already been settled while others say they have not.

To some people, the video about fighting the DAP alone is just another controversy that could very well be the culmination of issues looming over the MB.

A few days ago, the DAP disciplinary committee decided not to take action against its Sungai Pelik assemblyman Ronnie Liu over his criticism of Tun Dr Mahathir Mohamad — apparently satisfied with his explanation.

A political observer sent me a WhatsApp message asking if the DAP’s inaction was tit for tat for Bersatu not taking any action against the Perak MB for his remarks on the video. Faizal is from Bersatu.

As pointed out in a Malaysiakini report, “The DAP disciplinary committee’s decision comes in the wake of Mahathir defending the Perak menteri besar over the latter’s claim that he was waging a lone battle against the DAP”. Mahathir is Bersatu chairman.

Sources say reforms related to the revamp of state assembly standing orders could be tabled when the assembly sits this week.

The reforms are part of the Perak PH GE14 manifesto, which promised a better state assembly and to limit the powers of the Menteri Besar’s Office.

Attempts to reach Perak Speaker Datuk Ngeh Koo Ham for confirmation have been to no avail. The executive committee member for education, environment, green technology and information, Aziz Bari, would not comment either.

Aziz, who is from the DAP, preferred to talk about what the MB said in the controversial video and he certainty had a lot to say.

The MB reportedly said, “I am fighting alone with the DAP clans. I want to defend the Malay land and to fight for our religion. Thankfully, some friends in Umno do not scold me. They are good to me.”

We will get back to this in a while. The MB purportedly said this to a group of people when campaigning for the Bersatu candidate in the Tanjung Piai by-election in Johor.

As for defending Malay land, Aziz says: “Firstly, taking away Malay land is illegal and the law must be followed, so there’s no need for the MB to be the protector.

“This includes Malay reserve land or ordinary land that has to be given as compensation for such land as required under Article 13 of the Constitution. Either the MB does not understand the freehold title issue or just refuses to understand. No question of dispossessing the Malays of their land.”

For the record, Perak Pakatan Harapan pledged to issue freehold titles in its manifesto for the 14th general election.

But in August last year, the MB, when winding up the debate at the state assembly, claimed that it was against the Federal Constitution to bestow permanent titles on New Villages. He cited a National Land Council decision in 1988 to double the leasehold period from 30 to 60 years to support his claim.

But Aziz, who is also a constitutional law expert, had previously disputed this, noting that no such restriction existed in the Federal Constitution.

And amidst the state’s apparent refusal to do so again, former Perak MB Datuk Seri Mohammad Nizar Jamaluddin was reported to have said that he was able to issue freehold titles to villages without any problem during his stint as menteri besar under the Pakatan Rakyat administration back then.

As far as defending Islam is concerned, Aziz says, “As for Islam, the position is clear — it cannot be challenged, let alone abolished. So what defending was he talking about?”

Former federal minister Datuk Zaid Ibrahim is said to be looking at another part of the said video where the MB seemingly hinted that a “solution to the problem is close at hand”. The problem could very well be the so-called dominance of DAP in PH.

According to Malaysiakini, Zaid is curious about what Faizal meant by this remark: “We are depending on Sabah and Sarawak, otherwise Melayu jahanam (Malays are finished).”

Zaid, who is now a DAP member, was quoted as saying, “I am wondering if this is hinting at the realignment of political forces.”

Could this be the solution the MB was talking about?

This brings me to the part of the video where Faizal talks about having good friends in Umno who do not scold him.

Whether the remarks about fighting alone “demi bangsa dan agama” and that a solution is in sight represent mere bravado or something is really amiss is hard to tell for now. It is all open to speculation, maybe unsubstantiated, but speculation nonetheless.