Politics and Policy: Pakatan Harapan and the perception war 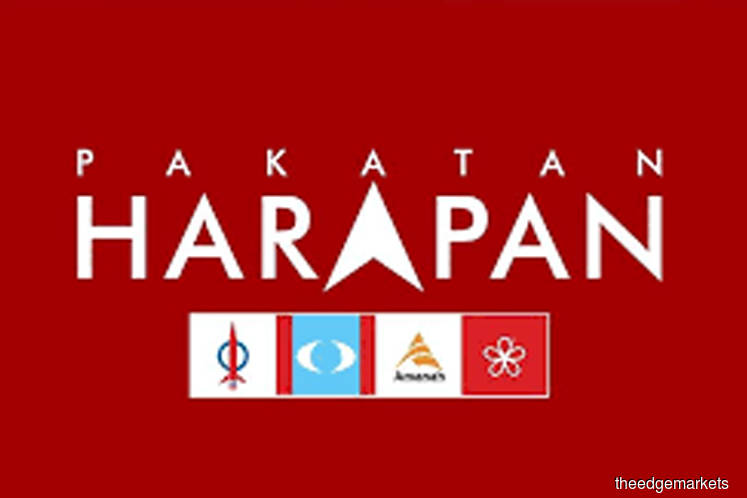 A nationwide survey by independent think tank Emir Research, carried out from Sept 5 to Oct 10, showed that only 24% of the 1,992 respondents thought that the Pakatan Harapan government is viable.

Called “Pulse from the ground: voices and expectations of the rakyat”, the survey focused on the country’s future, the government’s performance and the economy. The majority of respondents felt that PH’s performance is not up to the mark and were unsure if the country is on the right track. This was only 16 months after the first change of government since Independence.

The fact that half of the respondents were unsure about the nation’s future is significant. This is the group that PH needs to convince if it wants to carry on beyond its first term. The question is how many of these pessimists have made up their minds about which side to support in the next general election or are strong supporters of Barisan Nasional.

PH ought to take heed of the survey results. The respondents represent a cross-section of people around the country, covering income, occupation, race, urban/rural location and region. The sample size must not be used as reason to brush aside the findings.

Moreover, the findings are not surprising. We have heard many complaints about the new government. And the Tanjung Piai by-election results is a manifestation of the people’s grouses.

Before the survey results were published, Prime Minister Tun Dr Mahathir Mohamad had admitted to the rakyat’s dissatisfaction. However, he said his administration “had achieved much but the people were not aware of it”, such as the increased foreign direct investments that it has managed to attract.

Mahathir has defended the performance of his government many times. He was recently quoted by The Star Online as saying, “We have been in power for one year and eight months. Many of the plans we have launched will take time before they show results. We have changed many plans to ensure that the government is more effective.

“We have been able to reduce many corrupt practices even though this caused uneasiness among those who previously used to get ‘corrupted assistance’,” he said.

Even if many of the complaints against the government are genuine, there is no denying the achievements of the PH government as listed by Mahathir.

Why are there complaints?

DAP veteran Lim Kit Siang has spoken many times about PH being targeted by purveyors of fake news. He himself has often been a victim. That is one answer to the question, I suppose.

At a forum titled “Democracy in a polarised age”, held in Kuala Lumpur a few days ago, featuring well-known Indonesian writer Goenawan Mohamad, Lim said there seems to be a rise in racial and religious sentiments of late, aggravated by “irresponsible parties, opportunists and fake news peddlers”.

Lim is correct. Just look at how the bringing back of Communist Party of Malaya leader Chin Peng’s ashes is playing out on social media among a certain section of the Malaysian populace. As Mahathir sees it, there are certain quarters who raised the issue to smear the government’s name. “Right now, everyone wants to blame the PH government,” he said.

This is a perception war. It is said that in politics, perception is everything.

Research outfit Ilham Centre’s head of research Dr Yusri Ibrahim says based on the centre’s findings, PH has “totally” lost the perception war. The PH government “appears to not have an effective mechanism to tackle the negative perception played up by the opposition”. Using the Tanjung Piai defeat as an example, Yusri said the government media has failed to adequately address issues raised against the government.

“The opposition manipulated many issues on social media (and other channels) and there is no counter message by government media on any of the issues. The government’s responses via its media such as RTM are not powerful enough to counter the attacks on other media,” according to Yusri. Apart from RTM, the other government media is national news agency, Bernama.

The PH government is not blind to all this, in particular the ineffectiveness of state-owned media, whose function is to disseminate information on government policies, among other things, and to boldly put the government in a good light.

The government has taken steps to improve matters, according to a former Bernama journalist who has good links with the current management. “Gobind has approved the hiring of consultants for Bernama but overall government messaging has remained poor,” he said.

He was referring to Minister of Communications and Multimedia Gobind Singh Deo, under whose purview are Bernama and RTM.

Barisan Nasional, I would say, has always been aware of the limitations of RTM and Bernama, as well as their inability to reach the masses and the public perception that they are government propaganda outfits.

Hence, the coalition has its own media such as Umno-linked Media Prima and Utusan Malaysia and MCA’s The Star. MIC had the now-defunct Tamil Nesan.

These media worked for BN and kept it in power for a long time. However, the mainstream media overdid its role and became more pro-government than the official media, losing credibility and public trust as a result. Then came GE14 and we can see what is happening to the pro-BN media today.

The PH government has not made the mainstream media paint a rosy picture of its administration.

That is good, for a change. Now, PH has to find a way to not only fight the perception war but win it as well.