Politics and Policy: Pakatan Harapan and the civil service 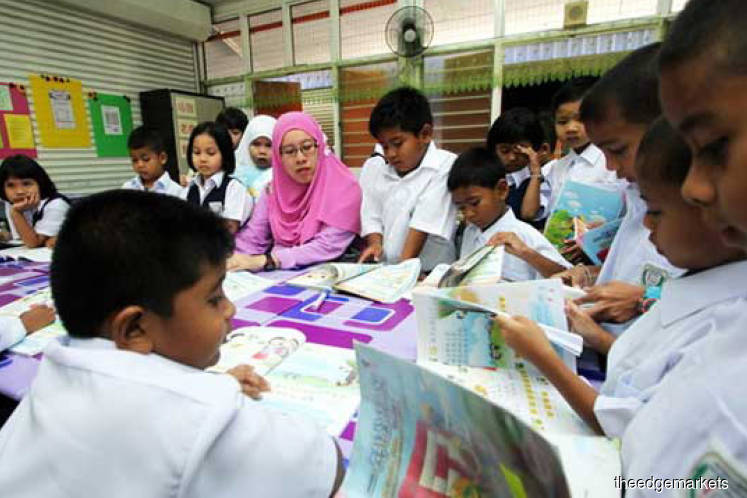 AS I write this, the Tanjung Piai by-election in Johor has not been held. Campaigning is going on at a frenzied pace with the contesting parties pushing themselves for the final lap.

It is worth noting a Malay Mail Online item on a Singapore Straits Times report that quoted unnamed sources within Pakatan Harapan as saying “a Pakatan Harapan loss in the Tanjung Piai by-election would fuel the resistance of civil servants unconvinced of the coalition’s longevity”.

This would worsen matters for a coalition already allegedly facing problems in getting support and cooperation from a civil service that had only known life under the Barisan Nasional up until May last year.

As the report pointed out, since winning the 14th general election, PH government leaders have made various complaints about the civil service, ranging from a lack of cooperation to outright sabotage.

There have also been allegations about the existence of a “deep state” working to undermine the government.

The report reminded us of remarks made by the head of the disbanded Council of Eminent Persons, Tun Daim Zainuddin, that ministers who could not or would not work with the civil service were “doomed”.

Hence, Daim had told ministers to get over their suspicions of the civil service and learn to trust the officers under them.

But, as I see it, that is exactly what ministers and deputy ministers are doing or at least trying to do. Whether they are successful is another matter.

Home Minister Tan Sri Muhyiddin Yassin recently admitted that the civil service “has not yet fully warmed up to the Pakatan Harapan government”.

He said after 61 years of BN rule, civil servants have become accustomed to “a certain way of doing things”. However, if that way is right, then it is all right to continue with business as usual. Of course, there is much in the civil service that is working well.

But if it is not, then it is time to change the work culture and the way things are run. The question is how? How does the new administration make civil servants change for the better?

That is no easy feat. I have seen PH ministers full of zest and zeal wanting to do the right thing and make changes to practices they see are not right. If not for anything else, it is to get an effective machinery going.

But they have found the going not that easy. In fact, it is easier said than done. There are age-old procedures and regulations to follow that make the system tedious and slow-moving.

And let us not deny that the racial element often comes into play. Non-Malay ministers, especially the Chinese, have to tread carefully lest they be accused of being anti-Malay in an overwhelmingly Malay civil service. Forget about being gung ho.

Hence, we have non-Malay ministers who are bending over backwards to accommodate the people under them. They play along with the prevailing culture, which is slowing down the change they want to implement.

However, there is no denying that there are many Malay civil servants who are hard-working, smart and ever willing to perform well. Not only for the government and to ensure that PH is not a one-term administration but for the nation and its citizens.

But many a time, these people are overshadowed by non-performing apple polishers and, sadly, ministers do make the mistake of trusting and rewarding the wrong people.

To many of us outside the government and outside the civil service, the solution is simple. I have friends who say the government ought to be strict and firm. Just kick the non-performers out and those who are not cooperative as well.

That, to me, is a formula for disaster. And bear in mind that civil servants constitute a big number of voters. A former senior minister in the BN administration told me long ago that civil servants, even back then, have always believed that “minsters come and go but we stay”.

So, just what should ministers do to get the best out of the civil servants? Honestly, I do not know. A combination of diplomatic charm and sternness, I suppose. Go down too hard and you will get a revolt. Be too soft and you will be trampled. It is necessary to strike the right balance and that is never going to be easy.

But I read a comment on social media recently that there are ministers who are to blame  too, because they are running their ministries like it belongs to them, their family and party.

And another commentator said ministers must not use the deep state excuse to hide their own weaknesses.

Well there are always two sides to a coin, and that is the other side.