Politics and Policy: Muafakat Nasional — boon or bane for Umno? 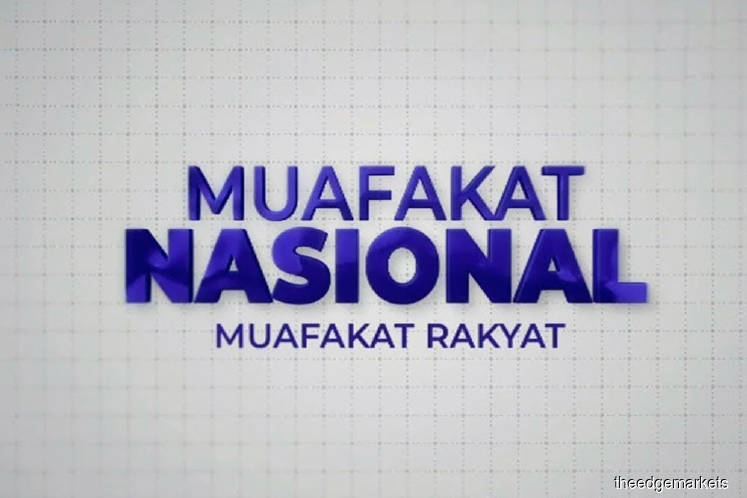 HE said it in jest but it underlines the importance that Umno is placing on Muafakat Nasional — the official name of its alliance with PAS.

I am referring to Umno leader Datuk Seri Ahmad Maslan’s speech at the party’s youth assembly on Dec 5 in which he said the unmarried members should strengthen the MN bond by marrying daughters of PAS members.

As for those who are already married to Wanita Umno members, “you should take a second wife if you can afford it”, added the Umno supreme council member. Obviously, the second wife had to be the daughter of a PAS member or perhaps from the party’s Muslimah or women’s wing.

I do not know how the ladies in Wanita or Puteri Umno feel about the joke but the man sure has his own brand of humour.

But funny or not, Ahmad Maslan’s comments show how obsessed Umno is with MN. This supreme council member is confident the alliance is capable of taking over Putrajaya come the next general election. So, according to him, “first we must strengthen our unity with PAS”.

Umno appears to be focusing on its Islamic image to strengthen MN. The youth assembly had popular nasyid groups singing Islamic-sounding songs to portray the struggle of the party, in particular the pemuda.

Umno seems to be going the extra mile to accommodate PAS to keep MN intact. PAS president Datuk Seri Hadi Awang was accorded VIP treatment when he turned up as the guest of honour at the opening of the Umno assembly. Umno is also singing the same tune as PAS on a number of issues, except maybe on forming a “backdoor government”. While Umno claims to be against it, PAS sees no problem with it.

The question is, is Umno bending over backwards to be like PAS or be another PAS or worse still, more PAS than PAS? Is this to have an equal, if not higher, standing than Hadi’s party in MN? Note that PAS is the dominating force in MN at the moment.

“Umno is still lost as to what it can offer that is new to the Malay Muslims in particular and Malaysians in general despite its current narrative. There is no formula and strategy and MN is just a competition of sorts to be more Malay, more Islamic and to be populist in order to win over the Malay psyche. There is nothing concrete to show that Umno is inclusive,” says Ilham Centre Senior Fellow Dr Hamidin Abdul Hamid.

Nonetheless, many in Umno agree with Ahmad Maslan as far as MN goes. Delegates at the Umno assembly generally spoke on the need to strengthen MN. This is the preoccupation mentioned earlier.

Many want MN to become a formal coalition as soon as possible. But Umno deputy president Datuk Seri Mohamad Hasan has said no firm decision has been made on the suggestion to institutionalise MN as “it depends on the findings of the Umno and PAS technical committees”. The pros and cons, he added, must be weighed first.

But that did not stop the delegates at the general assembly from making MN the focus of their speeches.

Mohamad has also urged everyone in Umno to not get carried away with MN “as though it is a guarantee that we will form the government”. “No, it is far from that,” he said, adding that after MN was formed, “many Umno members have become too relaxed, as if there is no more work to be done”. Indeed, many in the party see MN as a magic wand.

Umno leaders and members alike ought to take heed of what Mohamad has said, not only on MN but also other issues. To Ilham Centre head of research Dr Yusri Ibrahim, Pakatan Harapan will have “big problems” in the 15th general election should Mohamad be named MN’s candidate for the prime minister’s post. Des­pite his qualities, said Yusri, Mohamad is not among the warlords in Umno and his chances of being named MN’s candidate for prime minister are uncertain.

It is widely known that the choice of candidate for the premiership is one of the biggest issues for MN. Umno would definitely want one of its own to be the prime minister, and that would be its president Datuk Seri Ahmad Zahid Hamidi. Despite the many court cases he is mired in, the number of Umno members who want him to lead the nation has not dwindled.

In his speech at the party’s general assembly, Zahid flexed his muscles by saying that there is only one captain in Umno who is assisted by officers and crew members. No prizes for guessing who he meant. But to be fair, he was not talking about the MN’s candidate for prime minister.

A few days before the general assembly, Umno vice-president Datuk Seri Khaled Nordin was quoted as saying in a special interview with Malaysiakini that there are people in Umno who want Datuk Seri Najib Razak to be named MN’s choice of prime minister for GE15, never mind the charges he is facing in court.

However, PAS members would surely want their president to be the man. Political observers say that has always been PAS’ dream. Judging from the current state Umno is in, PAS cannot be blamed for having such an expectation.

There is no denying that this can be divisive. There will be friction between the two parties, to say the least. One will have to back down. But even if the leaders concerned gave way, their supporters will have none of it, and that is a fact.