Politics and Policy: The menteri besar and his new car 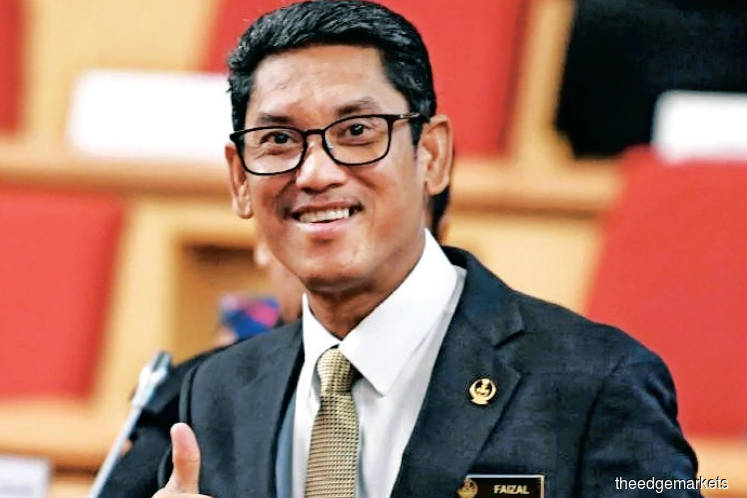 DESPITE his justifications, Perak Menteri Besar Datuk Seri Ahmad Faizal Azumu continues to draw flak for buying himself a spanking new official car, or as he puts it, for the state government to get it for him.

The car is a Lexus ES Sedan. The 2.5 litre car is made in Japan and its retail price on the open market begins at RM300,000. But according to the menteri besar, the car cost the state government RM200,000.

He was spotted in the new car recently and that got tongues wagging. He was criticised all round, not only by opposition politicians. But Faizal told the media the state government got him a new car because one of the 16 Toyota Camrys in the Perak government’s fleet had been sold to former state legal adviser Datuk Rohana Malek, who retired in December.

“She asked to buy it,” Faizal was quoted as saying. “She was our longest serving legal adviser, so we approved the sale. She still needed to pay over RM100,000 for it, which is cheaper than getting it outside.”

The 16 cars had been acquired by the state government last year. Faizal, then head of the Pakatan Harapan Perak government, got a lot of flak for replacing the fleet of Proton Perdana cars with the new cars. Now, he is facing this controversy.

Selling the Camry to Rohana is not the issue. The former state legal adviser has every right to buy the car. And the state government has the right to sell the car to her or anybody it likes.

But at a time when we are reeling from the Covid-19 pandemic and the country is entering a recession with a rising number of Malaysians unemployed, news that the menteri besar approved the purchase of a RM200,000 luxury car as his official vehicle is hardly doing the state government or his boss, Prime Minister Tan Sri Muhyiddin Yassin, any favours.

If anything, to critics, it is another glaring example of how the prime minister’s appointees are undoing whatever good work he has put in.

The menteri besar’s explanation raises more questions than answers. Why was there a need for the MB to buy a car, a much more expensive one at that, when the retiree should only have been allowed to purchase the car she had been using during her tenure, that is, prior to her retirement?

Perak’s Pakatan Harapan Youth has questioned whether the car sold to the retired officer was the car allocated to her or the one used by Faizal.

If the vehicle was the one used by the retired officer, the replacement vehicle should be equivalent to or in the same price range as the Camry.

For the leaders, it seems as if the menteri besar had exploited the opportunity to buy himself a more expensive car.

Never mind that Pakatan Harapan Youth is part of the opposition and the opposition tends to criticise anything the government does, it does have a point. Even ordinary Perak folk, including my friends, are asking whether the retired officer was given the “opportunity” to buy the menteri besar’s old car so that he could legitimise the purchase of the Lexus for himself.