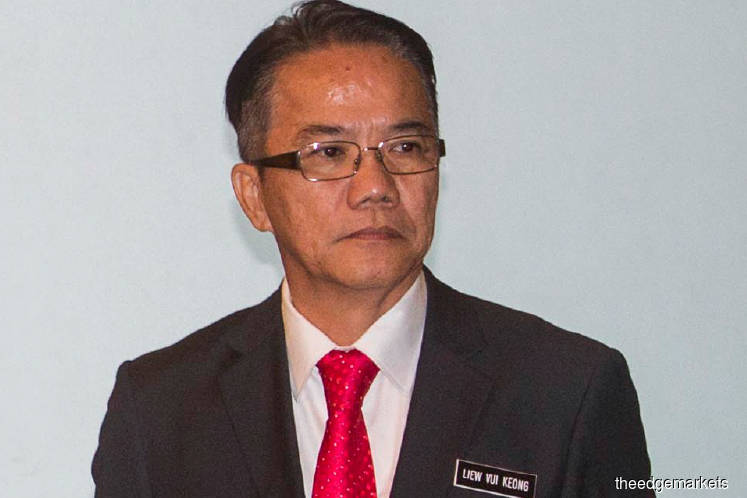 THE government has moved to limit the tenure of the prime minister to two terms. That would mean a prime minister could be in office for a maximum of 10 years. The government is pushing for a constitutional amendment.

Minister in the Prime Minister’s Department Datuk Liew Vui Keong tabled the Constitution (Amendment) Bill 2019 for the first reading in the Dewan Rakyat on Dec 3. The Bill is expected to be debated in the next parliament session in March.

According to the draft Bill, article 43(2) (a) of the Federal Constitution will be replaced with the following: “The Yang di-Pertuan Agong shall first appoint as Perdana Menteri (Prime Mnister) to preside over the Cabinet a member of the House of Representatives — (i) who in his judgment is likely to command the confidence of the majority of the members of that House; and — (ii) who has not at any time held the office of the prime minister for two terms of parliament.

The government would need the support of two-thirds of the members of parliament to see this change happen.

As for the latest amendment, it will apply only to prime ministers appointed after the date of gazettement. According to Liew, this amendment does not affect the term of the current prime minister, meaning that the amendment is not retrospective but prospective.

Tun Dr Mahathir Mohamad served five full terms as prime minister from 1981 to 2003 in the Barisan Nasional administration. He is currently 19 months into his term as prime minister of the Pakatan Harapan government.

A political observer agrees that when a leader stays in power for too long, abuses happen and, as such, this amendment is indeed welcome. However, he believes that the proposed law does not address issues surrounding the concentration of power in the prime minister’s office.

“Prime ministers have wide powers, not just in Cabinet appointments but in control over government-linked companies and agencies. The checks and balances on the PM’s powers is more important than the length of his or her tenure,” says the observer.

But last October, when Mahathir announced plans to limit the tenure of the prime minister, menteris besar and chief ministers to two terms, he said the move was aimed at curbing excessive power in the hands of a prime minister and the chief executives of the states.

Bayan Baru MP Sim Tze Tzin of PKR is one of those who lauded the move. Sim, the deputy minister of agriculture and agro-based industry, took to twitter to hail it as a “a small clause in parliament, a big step in democracy and clear evidence that Pakatan Harapan is continuing reforms as promised in the manifesto”.

Will the reformers go beyond limiting the term of the prime minister and chief executives of the states and legislate checks and balances on their powers?