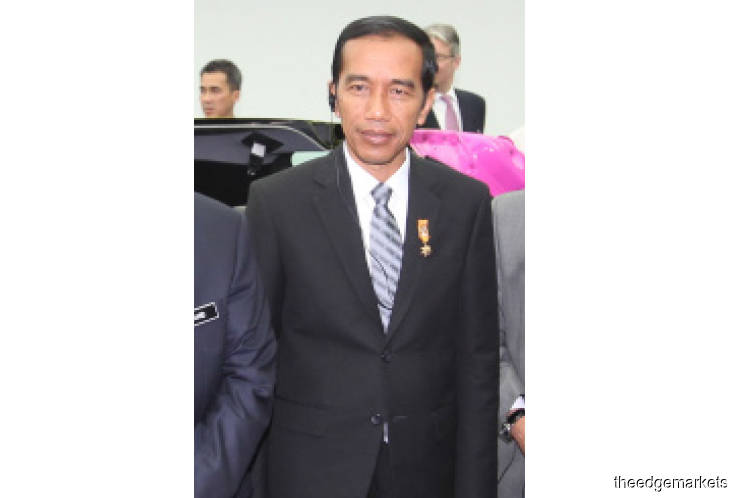 AS I was writing this, Indonesian President Joko Widodo announced a 34-member team as his second-term Cabinet. Among them is Prabowo Subianto, who was appointed defence minister.

Prabowo, as we know, was the opposition leader during Joko’s first term as president and in April, was the sole challenger when Joko sought re-election.

The 58-year-old Joko, better known as Jokowi, defeated Prabowo, but not before a bitter fight where divisive politics reared its ugly head.

The election campaign was plagued by fake online news and all sorts of accusations. Following the outcome, Prabowo was still bitter, accusing the government of staging a “massive, systematic and fraudulent” election. But he did not back up his allegations with evidence.

Given the bitterness of the presidency contest, Jokowi’s decision to appoint Prabowo to his Cabinet raised many an eyebrow.

According to Al Jazeera, the move caused disappointment among human rights defenders. Former military man Prabowo, who is also the former son-in-law of the late dictator Suharto, has been accused of many civil rights abuses. This includes the alleged kidnapping and disappearance of pro-democracy activists in the lead-up to massive street protests that brought down the Suharto regime in 1998. Prabowo was, however, never charged in relation to the allegations.

With such allegations, it is no wonder human rights activists were, as Al Jazeera puts it, disappointed that he is now a member of the Jokowi administration, and what’s more, as defence minister.

Apart from the activists, Jokowi’s supporters and those who voted for him in April are also perplexed, considering the things Prabowo had said about the president during the campaigning.

Those who voted for Prabowo are equally puzzled if not disappointed that their man has agreed to be in Team Jokowi. In his presidential bid, Prabowo had run a campaign along religious lines, establishing ties with and garnering support from hard-line Islamic groups. Allegations hurled at Jokowi were that he was not Islamic enough. Worse still, not Islamic at all.

That kind of campaigning divided Indonesia. I had witnessed feuds between Indonesian family members just because of the candidates they supported. Prabowo secured a large number of votes in predominantly Muslim areas while Jokowi’s main support came from moderate Muslims and non-Muslims in the urban areas.

When Prabowo cried electoral fraud following his defeat, there was unrest, which resulted in at least nine people killed.

Despite that, Prabowo and Jokowi have appeared together in a series of friendly public meetings since the election. Also, Jokowi has often described his rival as a “good friend” on social media, as reported by the Indonesian media. And now, this — Prabowo in the Jokowi administration.

Bear in mind that last month, there was violence when thousands of students took to the streets in protest against new bills, which they and other critics say “undermine the fight against corruption and threaten basic rights”. Some even say the bills, if they become law, will “protect corrupters”. Sporadic demonstrations are still being held, especially in Jakarta.

Hence, according to Al Jazeera, bringing in Prabowo “could make it easier for the Jokowi government to push through legislation”. The inclusion of his Gerindra party has lifted government support in parliament to 74%.

I asked Indonesian journalist Riza Nasser if Jokowi has succeeded in “weakening” the opposition in parliament and he replied, “Indirectly, yes, as he needs a gemuk (fat) coalition to amend the constitution.”

But to say Jokowi has managed to eliminate the opposition is incorrect as, according to Riza, there will still be an opposition in the likes of PKS, PAN and Demokrat.

Looking at the situation from another perspective, Jokowi could have very well acted in the spirit of reconciliation for the greater good of Indonesia. This could be a possibility, but whether Indonesians see it this way is another matter.

What if we look at it in the Malaysian context? Is there a similarity in the recent Umno-PAS tie-up and talk of unifying Malay political parties with the aim of forming a united Malay union or a Malay-dominated government?

Many political observers do not think so because the situation here is all about political survival and the scenarios in Indonesia and Malaysia are different.

But, to Riza, the one lesson Malaysians can learn from the Indonesian experience is to be wary of the misuse of religious sentiment in politics. “Politicians use this as a tool for their own survival and to gain power. They have no qualms about throwing it all away if it doesn’t serve their purpose anymore. And they are willing to make peace with the very same people whom they accused of being against their religion in the first place.”

I thank Riza for his advice. And I believe most Malaysians already know that all too well. But I must admit there are still many among us who will lap up all the race and religious rhetoric.