Politics and Policy: Giving democratic reforms the force of law 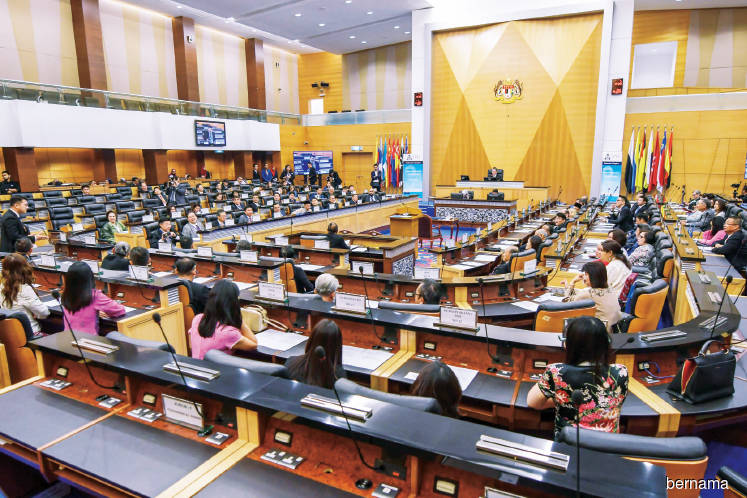 ALL eyes are on the government as Parliament convenes for the first session of the year on March 11.

The anticipation is being fuelled by the public’s expectation that the Pakatan Harapan government will introduce a raft of legislative reforms to make good governance the basis for the nation.

In the months following the watershed 14th general election of May 9 last year, the new administration has introduced one inspiring change after another to set the country on a robust democratic footing.

Among the most significant of these changes is that relating to the separation of powers from the executive and their restoration to the judiciary and legislature.

These measures, which include the removal of nine entities like the Malaysian Anti-Corruption Commission and Election Commission from the purview of the Prime Minister’s Department, mark a radical shift in the way the country is being run. However, public interest advocates warn against celebrating for the moment.

Election reform coalition Bersih 2.0, among others, has called for the enabling legislation of these institutions to be amended to enshrine their independence from the government in the law.

In comments to The Edge, Bersih chair Thomas Fann said, “We would like to see the promise for the separation of powers between the executive, legislative and judiciary be expedited and legislated in Parliament.”

The cautious welcome of public interest groups has gained weight in the light of developments which indicate that the risk of backsliding on reforms is ever-present in the realpolitik of voters’ support.

The government’s announcement in November that Malaysia will not ratify the International Convention on the Elimination of All Forms of Racial Discrimination (ICERD) following protests around the country is a case in point.

Commenting on the matter ahead of a mass protest against the ratification, DAP leader Lim Kit Siang said the episode was a potent reminder that the country has a long way to go before it can achieve its goal of creating a new Malaysia that is not divided and at war with itself.

The concern that the Pakatan government could change its mind when it came to the crunch has been stoked partly by statements by Prime Minister Tun Dr Mahathir Mohamad that its manifesto was “not a Bible, but a guidance”, and that the coalition had made too many promises in its manifesto, believing that it would not win the general election.

To be fair, however, Mahathir’s statement that the manifesto was not cast in stone was made in reference to the appointment of former Appeals Court judge Datuk Mohamad Ariff Mohd Yusof as Dewan Rakyat Speaker. Critics had noted that the Pakatan manifesto promised that the post would be filled from among members of Parliament.

That objection aside, Mohd Ariff’s appointment has been welcomed across the board in view of his reputation for being fair, no-nonsense and independent-minded.

Mohd Ariff has announced a number of initiatives that have been introduced to make Parliament an institution that is credible and based in integrity.

“People should not think of it as a rubber stamp and a place where people fight,” he said at a seminar on parliamentary reforms in December.

Among the reforms were measures to make the Public Accounts Committee more effective, and a move to reinstate the Parliament Services Act.

Mohd Ariff said the committees were aimed at instituting the practice of democracy and to provide a check and balance on the executive body.

A Caucus on Reform and Governance had also been established to strengthen the function of the parliamentary institution.

The reform of the electoral system will be a major undertaking of this group. Among others, it will address the issues of managing identity politics, ensuring fair representation and promoting healthy political competition.

In ensuring fair representation, a major effort will involve an overhaul of the practices used in the re-delineation of constituencies. Another exercise will cover voter registration and the integrity of electoral rolls.

The control of political financing to ensure clean politics will require substantive effort from lawmakers. In addition, rules for the caretaker government after dissolution of Parliament need to be spelt out.

On this issue, Bersih’s Fann said, “Government-linked companies should be banned from making political contributions.”

Another aspect of governance in the election process is the enforcement of election laws against offences, for which the institutions that are involved and their coordination needs to be examined.

Ensuring the independence of the Election Commission will also be on the agenda of the caucus.

On changes to the political process that are needed, Fann said, “We would like to see the amendment to lower the voting age to 18 be tabled. Other amendments are the separation of the Attorney-General’s role from that of the Public Prosecutor and the limiting of the prime minister’s tenure to two terms.”

In October, Deputy Speaker Nga Kor Ming had announced that the post of minister in charge of Parliament would be done away with as part of the key changes proposed under the Commission of Parliamentary Services Bill 2019 to be tabled in Dewan Rakyat this year.

“We hope to table the new Act in the next sitting to make Parliament a totally independent body and to restore the autonomy of the legislative in line with the doctrine of the separation of powers,” he said.

“Parliament will have its own budget. All expenses will be paid by Parliament,” he said. This includes MPs’ salaries and allowances.

Public interest groups will be watching out for the review of legislation to ensure the protection of human rights. In particular, laws like the Security Offences (Special Measures) Act 2012 (Sosma) and Peaceful Assembly Act (PAA) 2012 are due to be debated.

Also on the cards is a proposal to abolish the death penalty, which involves a study of 33 laws, Minister in the Prime Minister’s Office Datuk Liew Vui Keong said in January.

He described the issue as complex and sensitive, an indication that groups that are opposed to the proposal may weigh on the government’s resolve to stay the course on this reform initiative.