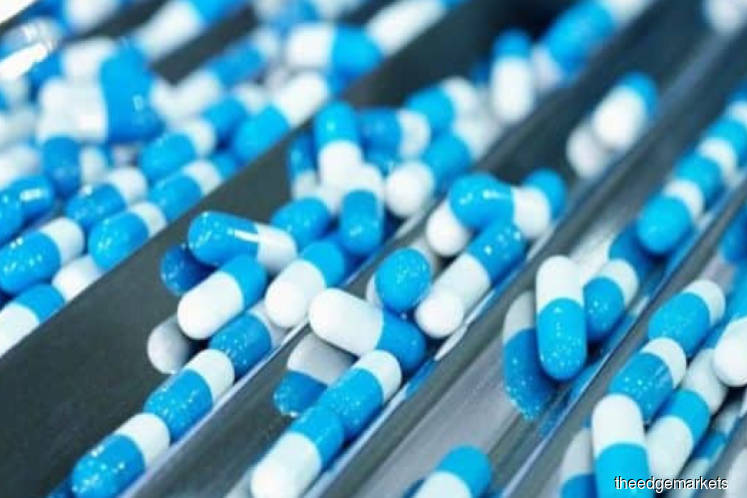 AN experimental drug for Covid-19 has put the spotlight on barriers to treatment for millions of people on the basis of marketing decisions by pharmaceutical companies.

Malaysia has been excluded from a list of 127 nations that can have access to a generic form of Remdesivir, which US drug maker Gilead Sciences is allowing five manufacturers of generics to produce and market to the countries on the list.

The contract between the patent holder and the generic manufacturers, called a voluntary licence in the drug industry, covers nearly all low-income and lower-middle-income countries, as well as several upper-middle and high-income countries, says Gilead.

A coalition of healthcare professional institutions and advocacy groups that is calling for universal access to life-saving technologies notes that Malaysia and several other middle-income countries are absent from Gilead’s list.

The Malaysian Health Coalition (MHC) and the Drugs for Neglected Diseases initiative (DNDi) have called on drug manufacturers to publish the criteria for inclusion in these licences.

They also urged the drug industry to ensure that decision-making takes into account real and meaningful country differences rather than operating purely on the basis of World Bank categorisations of country income status based on gross national income per capita.

“There is an opportunity for global companies to take their place in history by ensuring widespread access to all potential Covid-19 vaccines, therapeutics and diagnostics. It is time to prioritise public interest and make decisions for the global common good,” the groups said in a joint statement last month.

Remdesivir is a broad-acting antiviral agent that has been shown to inhibit human coronaviruses from reproducing in tissue cultures. Although it is an investigational drug and not yet formally approved, the US Food and Drug Administration has issued an emergency use authorisation for Remdesivir for severe Covid-19 cases in adults and children.

Using their accelerated or exceptional approval pathways, Japan, South Korea and India have also approved the use of Remdesivir.

Noor Hisham: If really, this drug is effective, perhaps we have to look at other means to access this drug, not voluntary licence, but other means. Photo by Haris Hassan/The Edge

A voice of hope in the Covid-19 pandemic, Dr Anthony Fauci, head of the US National Institutes of Allergy and Infectious Diseases, has expressed optimism about the benefit of the experimental drug against the coronavirus.

Fauci compared the findings of global trials using Remdesivir in the treatment of Covid-19 to the initial success in the treatment against HIV over 30 years ago. Fauci’s team reportedly developed the first drug to show some effect against the virus that causes AIDS.

MHC advises moderation in reliance on Remdesivir as a treatment for the virus. “There is not yet any conclusive evidence on the efficacy of Remdesivir on treating Covid-19, and it is not a ‘magic bullet’,” the coalition says in an online factsheet.

Gilead announced that under the licensing agreement it had signed with the five makers of generic pharmaceuticals based in India and Pakistan, the companies would receive the technology for manufacturing Remdesivir to enable them to scale up production quickly.

The licensees would be free to set their own prices for the generic product they produce. They would also not need to pay royalties until the World Health Organization (WHO) declares that the public health emergency for Covid-19 has ended or until another treatment for the virus is approved.

In their statement, the health professionals and public health advocates make two main recommendations to the global healthcare industry “to ensure that all of humanity will have people’s vaccines, people’s medicines and people’s diagnostics”.

First, they seek to ensure that Malaysia and all middle-income countries can import licensed generic diagnostics, drugs and vaccines, if necessary.

Second, they ask these global companies to be transparent in their decision-making criteria and to apply these criteria consistently.

The groups say that there are gaps in Malaysia’s progress towards universal health coverage that make it important for it to have access to generic products licensed by the healthcare industry.

For one, the financial and economic impact of the Covid-19 pandemic will further strain national resources and widen access gaps, especially when Malaysia is underspending on health, they said in their statement.

Moreover, they said, the World Bank has predicted that the poverty rate in the country would increase by 16% as a direct result of the pandemic.

Further, the large number of migrants, refugees and stateless persons in Malaysia who tend to have less access to healthcare poses a significant risk during the current public health threat. They also note that the official tally of non-citizens, which the Department of Statistics puts at 3.1 million, or 9.5% of the population, is likely to be underestimated.

The other major concern of the groups, regarding lack of transparency in the drug industry’s decisions, shows up the tension between the monopoly power of multinational corporations and the public interest vested in national governments.

“We fear a fragmented future landscape of inconsistent decision-making criteria adopted by multiple companies deciding the levels of healthcare access for sovereign states in non-transparent, non-accountable and unfair ways,” the groups said in their open letter.

Underlining the importance of equitable access to healthcare for developing countries, DNDi director for Southeast Asia Jean-Michel Piedagnel said in a Twitter message: “The global south must be involved in the debate of access to #Covid19 vaccines and drugs, or it will be left behind.”

The call to ensure this universal access is founded on the concept that human health, vaccines, therapeutics and diagnostics are global public goods.

To rally all stakeholders in a common effort to overcome the challenge posed by Covid-19, WHO has issued a call to action for global collaboration to accelerate new Covid-19 technologies.

“Our mission is not only accelerated development and availability of new Covid-19 tools — it is to accelerate equitable global access to safe, quality, effective and affordable Covid-19 diagnostics, therapeutics and vaccines, and thus to ensure that in the fight against Covid-19, no one is left behind,” it said.

Making reference to this call and a similar stand by the European Commission, the health professionals and advocates appealed to the drug industry to embrace the notion that Covid-19 technologies are global public goods.

“While we recognise the relevance of the global intellectual property frameworks, we urge patent-holders to adopt global voluntary licensing arrangements to allow all of humanity to defeat this unprecedented pandemic,” they said in their statement.

Responding to Gilead’s announcement on voluntary licensing for Remdesivir, excluding Malaysia and other middle-income countries, the Director-General of Health Datuk Dr Noor Hisham Abdullah told the press last month: “If really, this drug is effective, perhaps we have to look at other means to access this drug, not voluntary licence, but other means.”

In their statement, the healthcare groups said that international law under the World Trade Organization’s Doha Declaration on Trade-Related Aspects of Intellectual Property Rights (TRIPS) and Public Health allows for compulsory licensing for national emergencies or circumstances of extreme urgency.

Malaysia has previously used compulsory licensing to procure a generic version of Sofosbuvir, another Gilead drug, for the treatment of the hepatitis C virus in public hospitals, after pricing negotiations with the patent-holder failed.

It is reported that compulsory licensing enabled treatment to be available at government facilities at RM1,000 to RM1,200 for 12 weeks, compared with RM300,000 for treatment with the proprietary version.

Highlighting the unequal relationship between the big drug companies and developing countries, MHC founder Dr Khor Swee Kheng said in a tweet: “Malaysia needs a louder voice in the global health debates to ensure that healthcare justice is available in all corners of the world.”

The question of equitable access to Remdesivir took a new turn last week when Gilead announced that the drug helped patients with moderate symptoms of the disease recover more quickly when they received it for five days. However, the benefit was not statistically significant when given for 10 days, the company said.

A response from Gilead to the statement by the healthcare groups was pending at press time.

The call for universal access to Covid-19 technologies ends with a reference to the exemplary conduct of Dr Albert Sabin, who developed the oral polio vaccine. Sabin did not patent his work, allowing the vaccine to be made available to as many children in the world as possible, with the aim that polio would be eliminated from the world one day.

Appealing to drug companies to rise to the occasion in the fight with Covid-19, the health groups said: “Overcoming this pandemic requires a whole-of-humanity effort.”