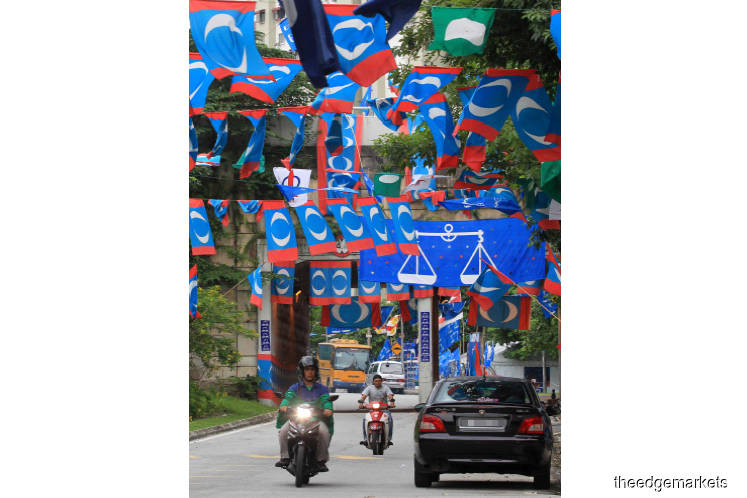 WHEN Perak executive councillor Paul Yong Choo Kiong decided to take leave from his official duties after he was charged with the rape of an Indonesian woman recently, it bode well for the Perak government.

He had initially refused to go on leave, saying that he had not been found guilty. This was despite being advised to do so by Perak Menteri Besar Datuk Seri Ahmad Faizal Azumu. The situation sparked concern about the status of the state government.

The rape charge itself was seen as something that could put the state government, as Malaysiakini saw it, in a precarious position. Then, there were many theories about what Yong’s next move  should be so that the Perak government’s slim majority would be safe. All that is water under the bridge now that Yong is on leave, focusing on his trial ahead while continuing to serve his constituents in Tronoh.

Earlier speculation is now rendered academic and best put to rest. But I recall that things were tense at the time with some people even talking about a repeat of the 2009 crisis — when the then Pakatan Rakyat state government fell following a shift in the support of its assembly members. Bear in mind that Pakatan Harapan (PH) rules Perak with the support of 31 assembly members from DAP, PKR, Amanah, Bersatu and an independent. The opposition — PAS and Umno  combined — have 28 seats.

In 2009, the Pakatan Rakyat government was toppled one year after taking power as the result of the defection of three of its assembly members.

But to Perak-born political analyst Dr Sivamurugan Pandian, the current administration is not in danger of that situation. “I don’t see that happening,” he says.

So, it is business as usual in Perak now. An Ipoh-based political observer had this to say: “The state government is okay. It’s being run by government servants guided by excos. But I haven’t seen new policies since PH took over.”

Then he said what is on everybody’s mind: “The weakest link is the menteri besar.” This view has surfaced time and time again and even led to speculation that the menteri besar may be removed or that a no-confidence vote is to be taken against him.

However, none of this materialised. “No change as I suppose the MB must come from Bersatu and Peja is the only Bersatu candidate who won in GE14,” says the political observer. Peja is the nickname for Ahmad Faizal.

A PH source says the only factor that “guarantees Peja his strength is Mahathir”. But he claims that the other top leaders in Bersatu “do not favour him”. Tun Dr Mahathir Mohamad is chairman of Bersatu.

But according to Siva, “the MB sailed through all the issues against him because he managed the conflicts well and (kept them) within the parties in PH”.

Whether or not he is managing conflicts well, “the MB and his Bersatu people are behaving as if they are a one-term government, unlike the other parties in PH, which are performing well. Unfortunately, the MB is not”, says the political observer.

But Siva sees it differently. “I think the MB is trying his best to ensure the house is in order. Although facing many challenges, he is seen as managing the issues well. The mandate given is being used to ensure that it does not distract from state administrative work.”

The PH source says Ahmad Faizal is doing things his way without consulting the coalition partners. Meanwhile, there is factionalism in Perak PKR and Amanah.

In fact, one of PKR’s state assemblymen is said to be keen to replace Yunus Jamhari as a state exco member. Yunus is the exco member for public amenities, infrastructure, agriculture and plantations. He is said to be a diehard loyalist of PKR deputy president Datuk Seri Azmin Ali. This has the potential of rocking the boat, says the PH source.

“The problem with the MB is that instead of becoming the unifying factor, he has assumed the opposite role,” says the PH source. He alleges that the menteri besar “is seen as trying to divide and rule even the DAP members in government”. Perak DAP could not be reached for comments at the time of writing.

The PH source also claims that “Peja also enjoys the benefit of factionalism within Amanah, especially the rivalry between the camps of Asmuni Awi and Datuk Seri Mohamad Nizar Jamaluddin”.

Asmuni and Nizar are exco members in the current administration. Nizar was MB in the Pakatan Rakyat government in 2008 while Asmuni, according to the PH source, is “being used to keep Aziz Bari at bay”. Dr Aziz Bari is a state exco member from DAP, who many believed had the credentials to be made menteri besar but was not appointed because he was a DAP member and despite the party having the most number of assemblymen in Perak.

As the PH source sees it, “all this has or can have the effect of weakening PH as a whole, although it has been beneficial to Peja”.

Despite the gloomy talk, Siva sees the state government riding out the storm. “As at now, it’s still stable, although factions within it are unavoidable,” he says. As for issues, Siva says the menteri besar will just have to deal with them as they arise.

The question is, will the opposition gain from all the issues that are surfacing in Perak?

“Umno and PAS can’t say their chances of forming a new government are bright” despite the issues, according to the PH source.