Politics and Policy: Can Mahathir reshape the political landscape yet again? 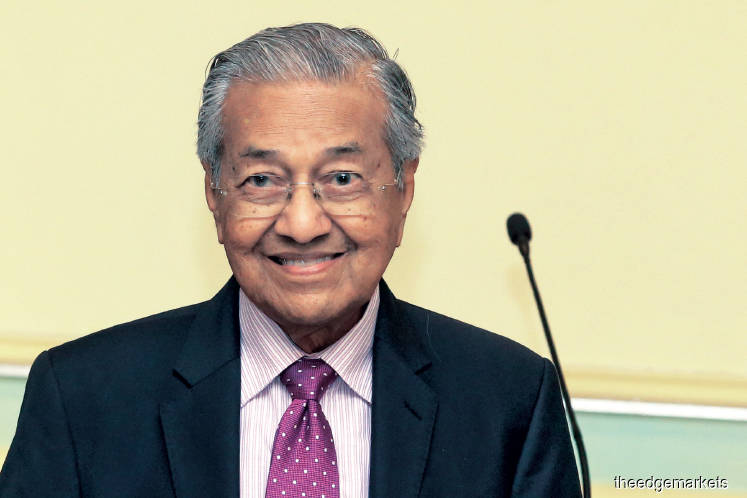 TUN Dr Mahathir Mohamad’s recent declaration that he will find “other ways” to become prime minister has observers wondering if he will be able to change the country’s political landscape again.

For the record, Mahathir made that statement after PKR rejected him as Pakatan Harapan’s prime ministerial candidate should the coalition return to power.

The former prime minister responded that he might break ties with PKR president Datuk Seri Anwar Ibrahim and the party, but continue working with DAP and Amanah. That is when he said he would find new ways to become prime minister.

A political observer says Mahathir and other key players, including his rivals, may forge new alliances as speculation of a snap election gathers momentum. “However, the political waters are still too muddy to foretell the membership of these new alliances or how formidable they will be,” he says.

As it is, there are many so-called alliances of various combinations being floated about within (and perhaps without) the political fraternity. All of which cannot be independently verified for now.

Some of these combinations can be described as far-fetched and bizarre. But haven’t we been told over and over again that politics is the art of the possible? And that, in politics, there are no permanent enemies, only permanent interests?

Any political combination of parties and personalities and permutations of power, says political analyst Dr Oh Ei Sun, “is possible today”, sometimes even crossing the political divide, as crystallised by the Sheraton Move, which is what February’s political coup is called.

“This is the peril of parliamentary democracy, where a working majority must be put together to form a government and, in politics, nothing is more crucial than being able to form the government. The main goal remains staying in power,” says Oh.

The various combinations are naturally based on recent and current developments. The Mahathir factor apart, another matter that has contributed to talk of a new political alignment, say observers, is the sustainability of Tan Sri Muhyiddin Yassin’s Perikatan Nasional government, which has a wafer-thin majority in Parliament.

Need we be reminded, says the earlier observer, that Umno has already indicated that it will only support Muhyiddin until the 15th general election? And as I write this, the question of whether Muhyiddin’s Bersatu ought to join Umno has resurfaced. A hard question to answer, considering the general belief that Bersatu would be swallowed by mighty Umno.

Back to the recent declaration by Mahathir, the big question is whether DAP and Amanah’s open support for him will affect their ties with Anwar now that PKR has publicly rejected the 95-year-old as its choice for PM.

DAP and Amanah have vowed to continue with efforts to mend ties between the two leaders, which is clearly a mammoth task.

But Amanah’s Khalid Samad believes that as Pakatan Harapan had managed to broker a peace between Mahathir and Anwar prior to the 2018 election, “inshaAllah we can do it again”.

Even PKR secretary-general Saifuddin Nasution has said that Pakatan Harapan is intact despite having different opinions on the prime ministerial candidate. Yet, despite such an assurance, questions are being asked as to whether PKR will go it alone. After all, the party is firm about wanting its president to be the prime minister. And the pro-Anwar forces outside the party are hailing him for standing his ground.

“Parties in a coalition, whether ruling or opposition”, according to analyst Oh, “may decide to withdraw from the coalition whenever they see it as politically expedient to do so.”

In the case of PKR, he says, having tasted federal power, albeit for less than two years, the party’s main political goal must be to return to power after having it snatched away by the Sheraton Move.

“But it can only do so in collaboration with the other PH Plus parties, as, by itself, PKR frankly has limited appeal beyond the urban, elite crowd. So, at the end of the day, PKR would have to remain in coalition with its partners,” says the analyst.

Analysts and observers agree that in Malaysia, no party, not just PKR, can win an election and be in power on its own. Hence the need for coalitions.

And we have seen many coalitions in the past. Some were successful and others were not.

There was the Alliance, Barisan Nasional, Angkatan Perpaduan Ummah and Gagasan Rakyat. Then came Barisan Alternatif, Pakatan Rakyat and Pakatan Harapan. Most recent are Muafakat Nasional and Perikatan Nasional. It does not matter that a number of these previous coalitions were not officially registered, and neither are the last two.

So, it is not surprising that there is now speculation about new coalitions consisting of various combinations of parties, which could see the emergence of a new political alignment.

There are many questions that “point to the shifting sands of political warfare occurring once again”, says a political observer. He could be wrong or he could be very well be right.