Political stability is key to macroeconomic stability and growth — SERC 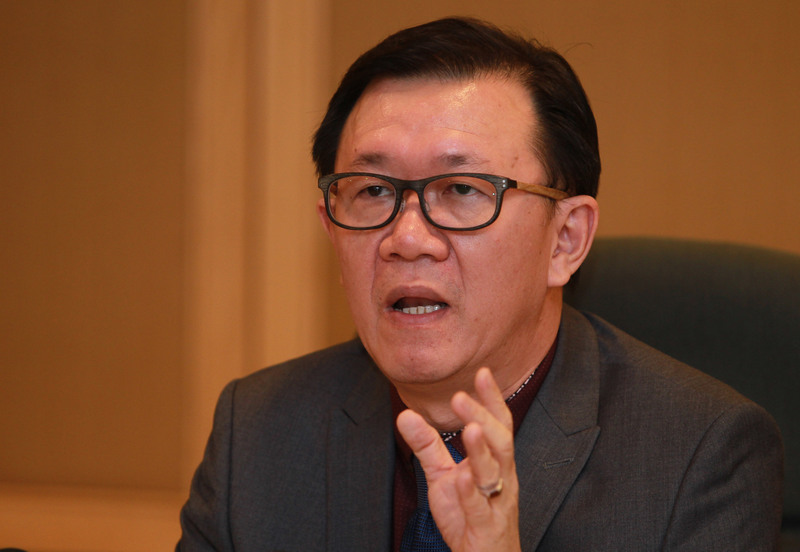 "We must always have good sense and strong political will must prevail to reset our national development agenda," said its executive director Lee Heng Guie at SERC's second-quarter Economy Tracker for 2020 virtual press conference today.

"If you have a stable political condition, it will enhance the confidence of both domestic and foreign investors in terms of where the country is heading," he said.

Noting that macro and political stability is essential to ensure a sustained economic revival, Lee stressed that it is important to see policy continuity and meaningful reforms as well as to avoid policy flip-flops.

Thus, the government must continue to implement credible economic policies as well as institutional and political reforms, he said, and also ensure fiscal discipline, political stability and institutional quality.

He urged for institutional quality to be strengthened further with wider implementation of open and competitive tenders, along with fiscal transparency, and stronger governance to promote accountability and fiscal responsibility.

"The government is responsible and there should be no compromise on the fiscal discipline and governance," he said, noting that federal government debt stood at RM823.8 billion, or an estimated 58.8% of gross domestic product (GDP), as at end-March 2020.

As this exceeded the self-imposed administrative limit of 55% of GDP, the approval of parliament is required to relax the binding fiscal limits.

Already, rating agencies such as S&P Global Ratings and Fitch Ratings have downgraded Malaysia's long-term foreign currency outlook to negative from stable, with both highlighting concerns over the government's weakening debt position over the next few years as well as political volatility.

But Lee said the debt-to-GDP ratio should not be a cause for alarm for now, as 60% is considered a prudential limit. From a historical perspective, Malaysia previously saw even higher debt levels of between 60.1% and 93.1% in 1982 to 1991, Lee added.

"It is important to find a balance between higher debt binding limits and erosion of fiscal credibility," he stated, adding fiscal consolidation should only be resumed when the economy recovers as Putrajaya can work on rebuilding a surplus when times are better and more stable.

"We've seen how Malaysia had reduced the fiscal deficit during the high of 2009 at 6.7% to 3% in 2017. Thus, risk of downgrade [from rating agencies] is very minimal at this juncture.

"When the economy recovers, it (the government) has to continue to be committed to reducing the fiscal deficit and to undertaking whatever measures to control the debt and also to rationalising the expenditure and subsidies, including if there is a need to reintroduce GST (goods and services tax) to enhance the revenue base," he said.

As economic activities have only recently resumed after a near three-month pandemic-induced hiatus, SERC estimates GDP this year will contract by 3%, before rebounding next year by 5.5%.

The PRIHATIN Economic Stimulus Package and the National Economic Recovery Plan (PENJANA) amount to a total of RM295 billion or 21.1% of GDP, and are expected to contribute 3% to 4% to overall GDP growth.

'Reintroduce GST, but with lower rate'

While the reintroduction of GST may be unpopular with the rakyat, Lee has proposed its reintroduction, but at a lower rate of 3% to 4%, rather than its previous rate of 6%.

The timing is important, however, and needs to be done when the economy is stronger and more stable.

"I think the rationale to reintroduce the GST is to first enhance the revenue base, given the oil price at the current level impacts on the revenue side and the need for the government to maintain quite a sizable budget deficit at least for this year and next year."

Lee said the government could look into exempting more items for low- to middle-income earners as well as increasing the turnover level at which the tax applies to small and medium enterprises to ease the cost of doing businesses for smaller companies.

"Give more time for the government to educate the people. Whether it is more popular or not, it is more on how you manage that and how you ensure compliance."

He believes now is a good time to relook at GST because the economy is in a state of deflation.

Asked if the government should impose a windfall tax on companies that are making huge gains at present such as rubber glove makers, Lee was not in favour of the notion as it will drive investors away.

"I don't think the government should impose windfall tax on companies like [in] the glove sector. If you are imposing windfall tax on all these businesses that are making profits, it will scare investors away, discourage long-term investors and dampen the interest of foreign investors to commit investments in Malaysia."