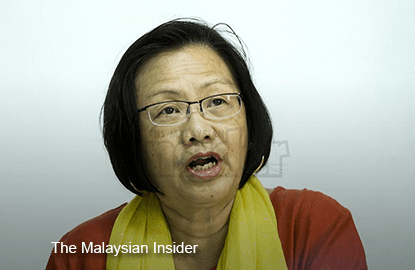 (Aug 19): Bersih 4.0 rally organisers have accused Kuala Lumpur police of "twisting" their planned gathering at the end of this month, saying that the city's mayor had made it clear they did not need City Hall's (DBKL) consent if they were only going to be in the vicinity of Dataran Merdeka.

Bersih 2.0 chairman Maria Chin Abdullah said police were in the same meeting with the Kuala Lumpur mayor yesterday when this was conveyed to them.

"They were at the meeting and they know what the mayor said – that there is no need to give us permission as we are not entering Dataran.

"They (the police) are twisting the whole issue as though we are going to enter Dataran," she told The Malaysian Insider in response to news that Kuala Lumpur police would not allow the rally to proceed.

City police chief Datuk Tajuddin Md Isa was quoted as saying that DBKL had already turned down Bersih's request to hold the rally on August 29 and 30, and that the civil society group had not reverted to police with a notice of the gathering.

“Now that DBKL has not allowed them to gather at Padang Merbok or Dataran Medeka, and as no other venue has been suggested, we cannot allow the rally to go on.

“We will call the organisers to the Dang Wangi police headquarters to advise them not to carry on with the rally,” he was quoted as saying.

Insisting that the 34-hour rally would proceed as planned, Maria said police needed to be honest as they did receive the application form and letter of notice from Bersih 2.0.

She said they had submitted the paperwork to the city police on Tuesday although police had refused to stamp the papers.

She said rally participants would respect the planned Merdeka celebrations to be held on August 31 in Dataran Merdeka and would not enter the field.

"DBKL has already put up the structures and we will not want to destroy them so we will gather around the vicinity.

"We won't embark on any disturbances out of respect for the Merdeka celebrations but, at the same

time, we need to express our voice," she added.

The Bersih 4 rally will also be held in Kota Kinabalu, Sabah and Kuching, Sarawak as well as major cities worldwide.

Its demands this time are for clean elections, corrupt-free government, the right to protest, strengthening parliamentary democracy and saving the economy.

Kuala Lumpur participants should congregate at Brickfields, Pasar Seni, Sogo, the National Mosque and Dataran Maybank before making their way to Dataran Merdeka.

Participants are also advised to bring along sleeping bags, tents and other necessities for the rally. During its launch last Friday, Maria had said the rally this time was akin to a vote of no-confidence against Prime Minister Datuk Seri Najib Razak. – The Malaysian Insider