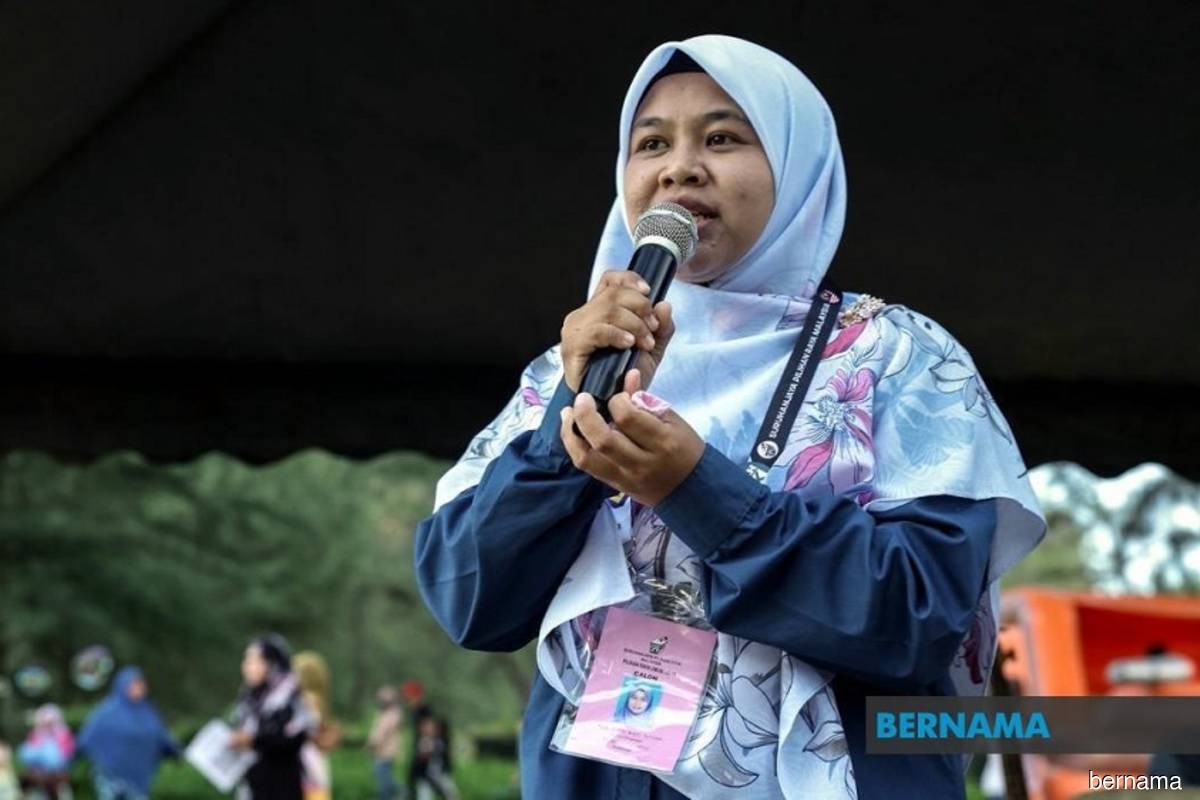 Nor Idayu Hashim (Photo by Bernama)

ROMPIN (Nov 28): The Perikatan Nasional (PN) candidate for Tioman, Nor Idayu Hashim, has called on the Pahang government to declare a two-day holiday for polling for the state seat, which was postponed during the 15th general election (GE15) on Nov 19 (Saturday).

She said this is important because the new polling day of Dec 7 is a Wednesday, which is a working day.

"Declaring a two-day holiday from Tuesday will encourage out-of-town voters to return home and vote,” she told Bernama during her campaign round at Pantai Hiburan here on Monday (Nov 28).

Asked on the formation of the new Pahang government comprising Barisan Nasional (BN) and Pakatan Harapan (PH), Nor Idayu said she is prepared to play the role of an effective Opposition, if elected by the people.

Meanwhile, Pahang PN chairman Datuk Seri Saifuddin Abdullah, who joined in the campaign, said he is optimistic that Nor Idayu, the sole woman candidate in the election, could triumph in the constituency, which is regarded as a BN stronghold.

"Going by the fact that PN’s Datuk Abdul Khalib Abdullah won the Rompin parliamentary seat in GE15, I am confident that we can win in Tioman," he added.

Polling for Tioman was postponed after PN candidate Md Yunus Ramli, 61, died of a heart attack on polling day.

Tioman, which is located within the Rompin constituency, has 28,465 voters, comprising 28,200 ordinary voters, 262 police personnel and three absentee voters abroad.