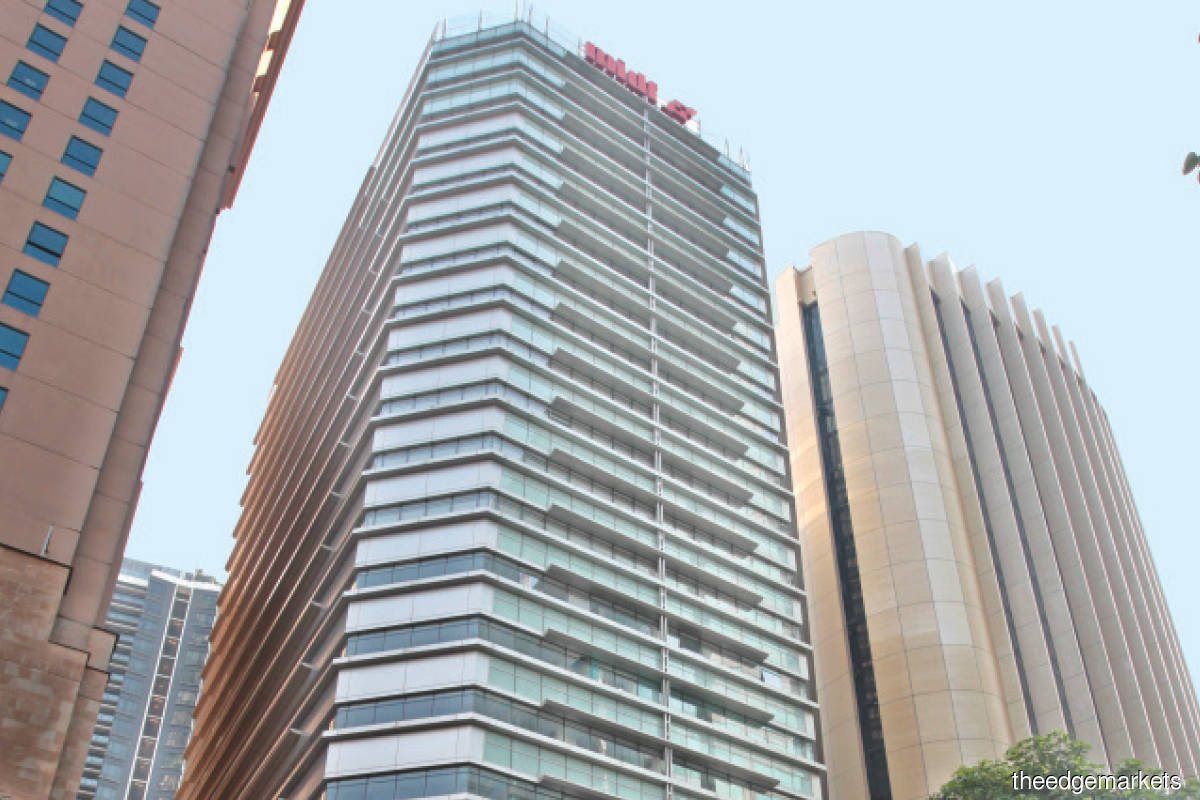 The new owner is reported to be planning to retain Menara MIDF as an office building but is likely to repurpose it as a hotel at a later stage. (Photo by Suhaimi Yusuf/The Edge)

PERMODALAN Nasional Bhd (PNB) has disposed of the 21-storey Menara MIDF in Jalan Raja Chulan, Kuala Lumpur, to Singapore-based JD Hospitality Sdn Bhd. Sources say the deal, which took more than 18 months to complete from the time the building was first put up for sale, was done at RM140 million or RM875 psf.

The Edge has learnt that the new owner will retain the building as an office building but is likely to repurpose it as a hotel at a later stage. PNB’s wholly-owned subsidiary Malaysian Industrial Development Finance Bhd (MIDF), currently the sole tenant of the building, is scheduled to vacate the premises and relocate to Malaysia’s tallest tower PNB 118. Tenants are expected to begin moving into the building in the second half of 2022.

When contacted, PNB confirms that it is in the midst of a sale process but that it is unable to disclose any details on pricing before completing the deal. Last July, when The Edge reported that the building had been put on the market, the asset manager said its mandate was to deliver sustainable returns to its unitholders, and to continually seek out opportunities to optimise its investments by reviewing its portfolio of assets, including its real estate properties.

It is learnt that the Menara MIDF deal was brokered by Zerin Properties but CEO Previndran Singhe declined to comment when contacted.

A title search with the Federal Territories Director of Lands and Mines Office revealed that JD Hospitality had placed a caveat on the asset to secure its interest. According to the Companies Commission of Malaysia’s website, JD Hospitality is 70%-owned by Singapore-based MES Group Holdings Pte Ltd and 30% by Abdul Rawoof Shah VM Kader.

“For PNB, it is a very good deal. I would think that the value would be closer to RM127 million or RM670 psf. It is a very old building. I doubt that it will be worth redeveloping the site. The better option would be to refurbish, renovate or repurpose it into a hotel,” says Stanley Toh, executive director of LaurelCap Sdn Bhd.

At least two separate sources have indicated that the new owner’s plan is to convert the building into a hotel once MIDF’s lease expires. Opening a hotel in the area could be a good fit as it is walking distance to the tourist zones of Bukit Bintang and Kuala Lumpur City Centre.

The 41-year-old Menara MIDF is located between Menara Affin and Holiday Inn Express in Jalan Raja Chulan. In August, Boustead Holdings Bhd had called for bids for the 20-storey Menara Affin, which is estimated to be worth between RM140 million and RM160 million. The name of the winning bidder has yet to be announced.

The Holiday Inn Express is the former Menara ING office building that was sold for RM132.34 million in 2015. It is now positioned as a hotel after a makeover.

MIDF’s lease expired last November but is likely to have been renewed given that it had a 2+1-year renewal option.

Originally, MIDF’s new headquarters at PNB 118 were slated for completion at end-2021 but the completion date has now been moved to 2Q2022 because of disruptions caused by the Movement Control Order.

Is there an option to redevelop the site moving forward? ExaStrata Solutions Sdn Bhd CEO and chief real estate consultant Adzman Shah Mohd Ariffin does not discount the possibility.

“Menara MIDF is a very old building. I believe the building is already due for redevelopment as its economic life may be at the tail end and the current use may also not be the best use. Based on its land area of 36,382 sq ft, the value psf on redevelopment is RM3,848 psf, which is fairly good. Newer properties in the area are selling by strata at between RM1,000 and RM3,000 psf. With MIDF moving out to PNB 118 soon, the building will need to either find a new tenant or go for redevelopment.”

PNB 118 will offer 83 floors and 1.65 million sq ft of rentable office space. It has been reported that half of the space will be taken up by PNB, while the top 17 floors will be allocated for a Park Hyatt hotel.

Around the corner from Jalan Raja Chulan, heading into Jalan Sultan Ismail and just half a kilometre from Menara MIDF, is where PNB Project 1194 is located. Owned by PNB and formerly the headquarters of Malaysia Airline System Bhd (MAS), the building is currently being redeveloped into an office and hotel. And across from PNB Project 1194, PNB owns the building that once housed the headquarters of Kenanga International.

In its 2019 annual report, PNB says it has 38 investment properties, of which four are abroad, with a total NLA of 4.03 million sq ft. The state-owned asset manager also has some 9,500 sq ft of land.