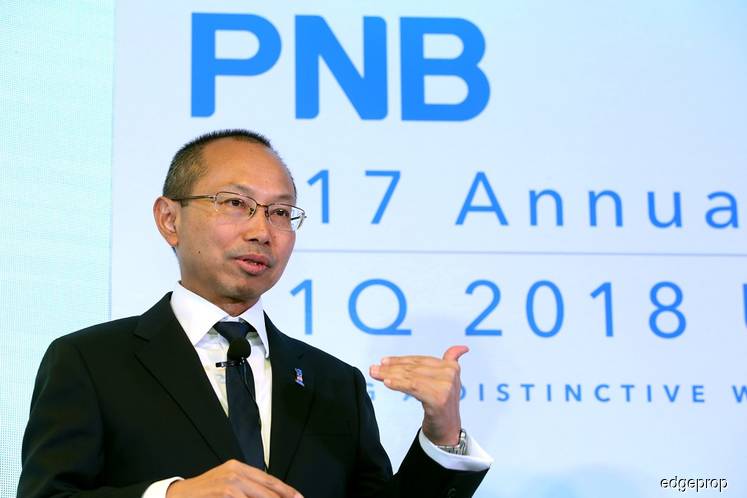 According to a report by the New Straits Times, he said the property sale was confirmed on March 28 and its price could not be revealed as the transaction was still in a “confidential period”.

“Once that is sorted out, we will be able to announce the details. But for all intents and purposes, that transaction has been completed last night (March 28),” he explained.

This follows PNB’s announcement last September that it planned to dispose of 90 High Holborn and 1 Silk Street, marking its first disposal of its foreign properties.

The building has offices, retail elements and basement parking and is fully rented by OMD Services Ltd, according to PNB’s website, and Wahid had said the property was generating good yields.

“When we invest in a property, we tend to invest at an attractive yield. When the market improves, we will be looking at opportunities to exit (the market),” he added.

“In the case of 90 High Holborn, we have a buyer that is willing to pay an attractive price for the asset. So we have decided to sell that property at a good yield, generating both gains and cash that we can use to invest in Battersea, for example.

On the other hand, the fund has set an asking price of £400 million for 1 Silk Street, which is home of international legal firm Linklaters.

Besides these two buildings, PNB still owns Milton and Shire House, One Exchange Square, Aviation House, and Kingsway and PNB House in London.

Meanwhile, it also holds a 40% stake in the Battersea Power Station development,

Last year, the fund made a record-setting deal when it sold Santos Place in Brisbane, Australia for A$370 million (RM1.09 billion) to Singapore’s sovereign wealth fund GIC.

The deal was said to be the most expensive one in Brisbane last year, despite the high vacancy levels in its central business district; however, PNB had said the selling price was about 7.5% short of what it had targeted for the disposal.

The fund had purchased the property back in 2010 from developer Nielson Properties for A$290 million.

“We are fully aware of the challenges affecting the global property asset, but in terms of divestment, the whole idea is to recycle some of its capital and investments in the property market.

“We are looking at other opportunities across the globe as well as Malaysia, and if there are interesting opportunities, we are happy to invest,” Rahman added.