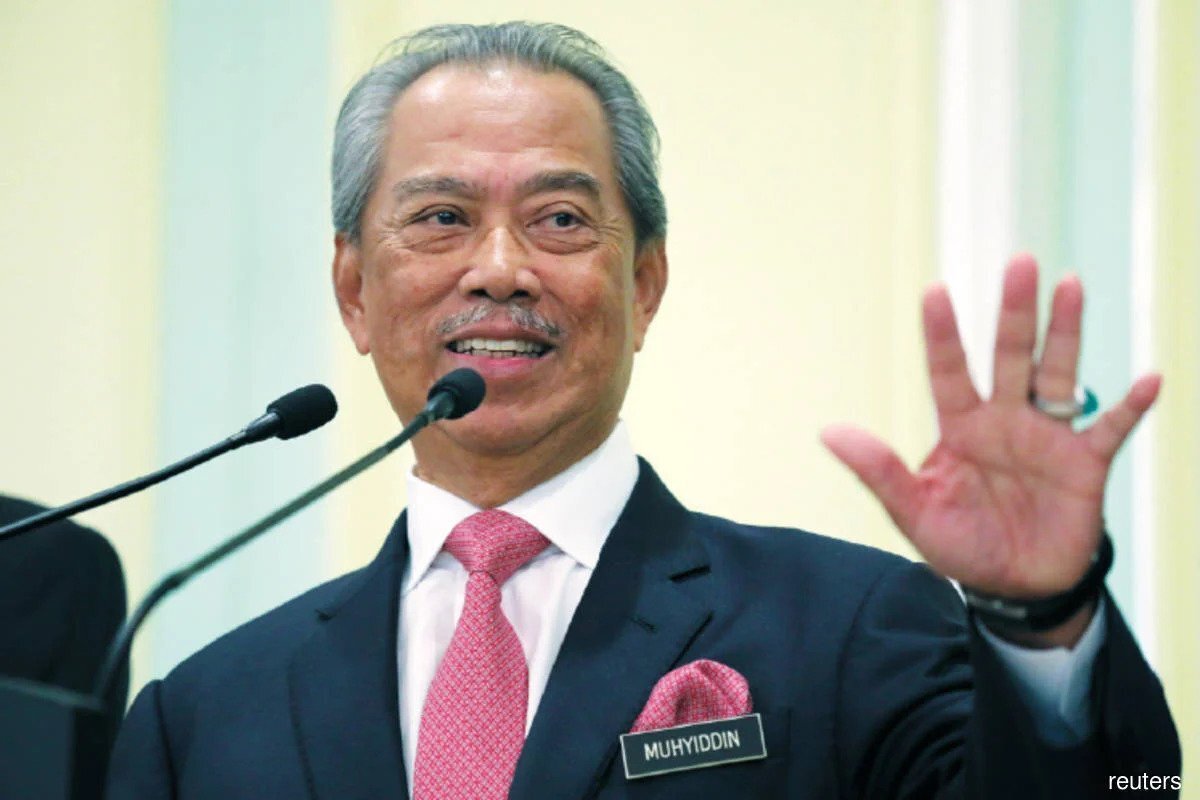 The pledges, which are based on the rights of Sabah, integrity leadership, Shared Prosperity Vision and unity of Sabah people, will be fulfilled if the GRS, comprising Perikatan Nasional (PN), Barisan Nasional (BN) and Parti Bersatu Sabah (PBS), received the people’s mandate to form the new state government in the snap election on Sept 26.

Muhyiddin said the pledges must be fulfilled to bring more development, progress and a better life for the people of Sabah, apart from proving total commitment by all parties in the newly-formed coalition to continue giving their best service to the people of the Land Below the Wind.

“The reason the copy of the document was given to me as the Prime Minister is because some of the pledges involve the federal government, while some others, the state government. It is much better than what was offered by Warisan for the people of Sabah.

“This is something that we need to do because the majority of Sabah people are still thirsty for progress and development. Like the people in other states, the Sabahans also need care and support from both the state and the federal governments,” said Muhyiddin, who is also PN chairman, at the launch of the GRS Pledges at a hotel here today.

Muhyiddin said the pledges would also reflect the total commitment of the parties in GRS to provide a better life for the people, especially in facing difficult situations caused by the Covid-19 pandemic.

He said Covid-19 has brought about huge negative impact to the world and Sabah was not spared, and as a result, the people in the state had become poor due to the slowdown in the economic sector.

“Hence, a great commitment is needed to overcome the problem.

“And our commitment is not ordinary. We are giving an extraordinary commitment to help the people to face this unprecedented situation, a difficult situation the people had never faced before.

“When all these parties are supporting the same cause, (you can) trust us that we will form a new caring government for the Sabah people. We are not like the previous government that couldn’t keep their promise, the government led by my friend that failed to deliver Covid-19 aid (for the people) until today,” he said.

The second axis is to have a state leadership of high integrity, clean, efficient, and trustworthy that would put the people first, while building public confidence in the integrity of Sabah civil servants.

The third axis is on having Shared Prosperity Vision (WKB) 2030 as the basis to ensure that Sabah will be given equal attention in the efforts to reduce the development gap among regions, and to generate high-value economy by taking into account the Industrial Revolution 4.0.