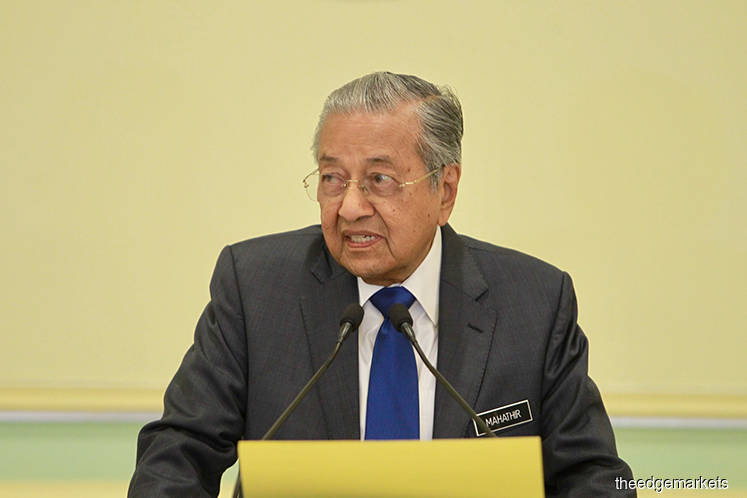 The refund follows the signing of a supplementary agreement between Malaysia Rail Link Sdn Bhd and CCCC on April 12, in which the 640km project will proceed at a lower cost of RM44 billion compared with its original cost of RM65.5 billion.

"CCCC has agreed to refund part of the RM3.1 billion advance payment paid for Phase 2, double tracking and the northern extension works under the original contract," Dr Mahathir told a press conference today.

"The balance will be settled within three months after deductions for verified claims due to abortive works and cancellation of the northern extension," the prime minister added.

Dr Mahathir also said the newly-negotiated supplementary agreement for the ECRL project aims to increase local participation of the project to 40% in respect of civil works from 30% previously.

Work on the ECRL has been suspended since July 2018. Reuters had reported then that CCCC confirmed that it suspended all work on the project as Malaysia sought to renegotiate the terms of the deal with China.

It was reported that CCCC said on July 5, 2018 it halted all work at the request of project owner Malaysia Rail Link.