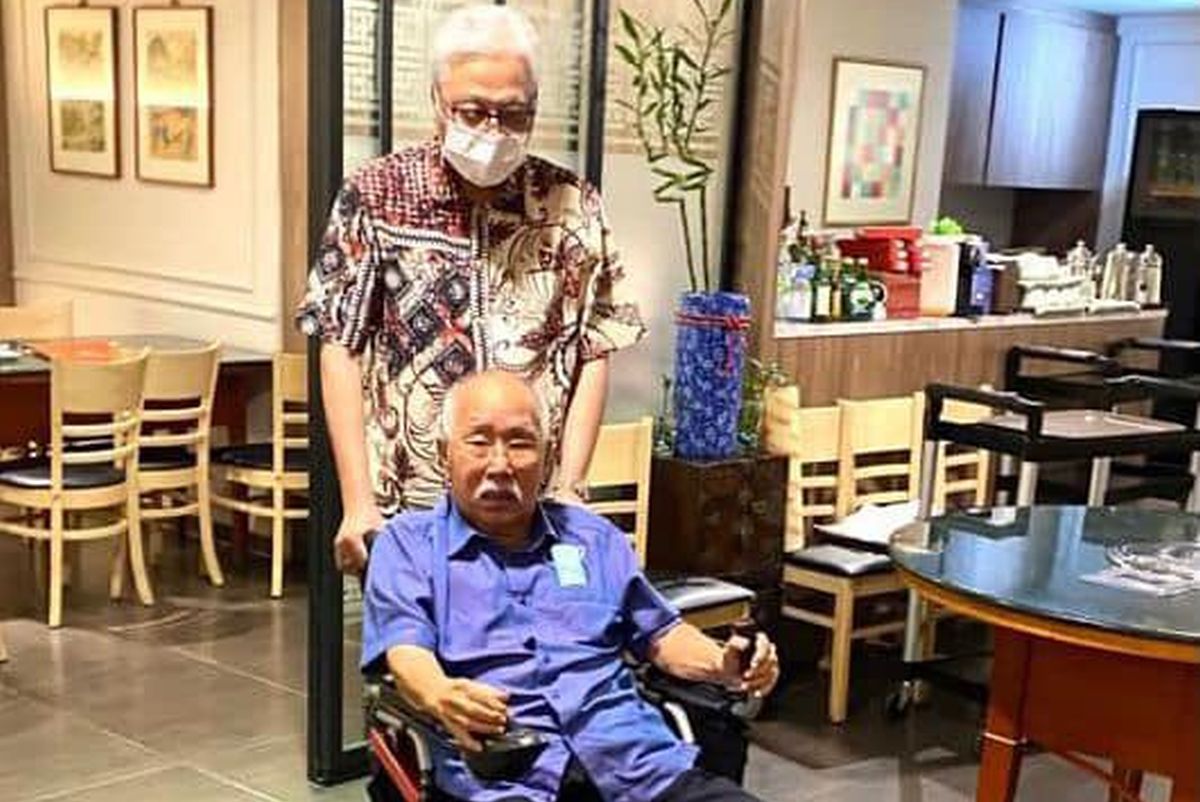 KUALA LUMPUR (Oct 21): Datuk Seri Ismail Sabri Yaakob on Thursday paid tribute to his ‘sifu’ Tan Sri Sabaruddin Chik, saying that his success in politics to the point of becoming Prime Minister was largely due to contributions and the role played by the former UMNO leader.

In a posting on Facebook on Thursday night, Ismail Sabri said he considered the former Minister of Culture, Arts and Tourism and former Temerloh MP as his mentor who taught him the ropes where politics was concerned.

“Right from the time I was appointed the Temerloh (UMNO) division information chief at the age of 27 until he appointed me as his political secretary from 1995-1999 while he was Culture, Arts and Tourism minister.

“His contributions are invaluable which I can’t repay. My success in politics to the point of becoming Prime Minister would not have been possible without the role played by Tan Sri Sabaruddin Chik.

“Without him, I would not be where I am today. And that is why I will always respect and stand by this sifu of mine,” he said.

In the same posting, Ismail Sabri shared pictures of him with Sabaruddin, 79, who also was Deputy Finance Minister from 1982 to 1987.