PM to address nation at 4pm as MCO extension looms 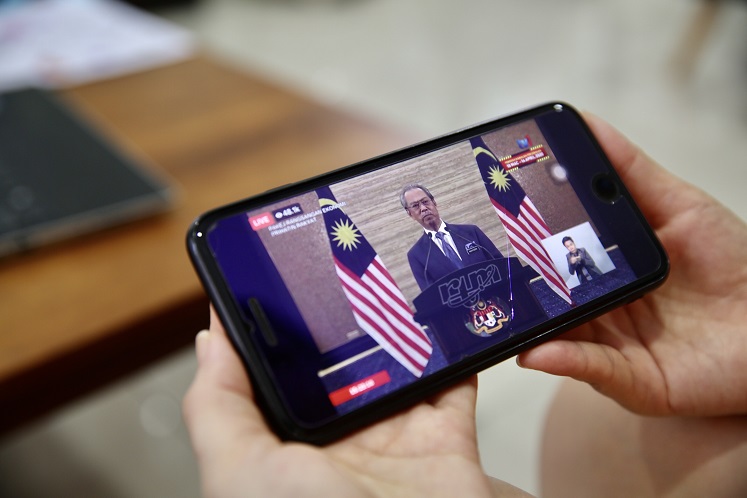 The PMO did not reveal the subject of the national address. However, Muhyiddin is expected to touch on the Movement Control Order (MCO), as the government is slated to announce whether it will be extended beyond April 14.

This is as Muhyiddin is scheduled to be briefed by Health Director-General Datuk Dr Noor Hisham Abdullah today, on whether the country needs a second extension to address the Covid-19 outbreak.

Recall that the initial MCO was for two weeks from March 18 until March 31, but halfway into the first phase, the government announced the two-week extension until April 14.

The necessity of another extension has been a hot debate among the public, with two medical bodies taking different positions on the matter.

While the Malaysian Medical Association (MMA) has called for the relaxation of the MCO, the Academy of Medicine of Malaysia (AMM) said the measures should be extended until Hari Raya Aidilfitri at end-May or even beyond that, The Edge Financial Daily reported.

Both groups, however, agreed on the need to ease the socio-economic repercussions of the Covid-19 pandemic, which has prompted Putrajaya to announce a RM260 billion economic stimulus package to mitigate the economic impact arising from the virus outbreak and the resulting partial lockdown.

The outbreak, which made its way into Malaysia in late January, has now recorded 4,228 confirmed infections, with 67 deaths while 1,608 patients have been discharged.

Since the implementation, the MCO has been expanded in four locations in Kuala Lumpur, Selangor, and Johor where infections appear to be concentrated in.

However, top officials said the government has also received suggestions for a relaxation of the MCO, such as in green areas (places with zero Covid-19 cases), but all options will be confirmed later today.

Under the current MCO structure, there is limited or halted operations of businesses, and no permission for mass gatherings including schools, houses of worship and markets. Phase 2 of the MCO also disallowed travelling beyond 10km of place of residence, as opposed to restricted inter-state travels in Phase 1.