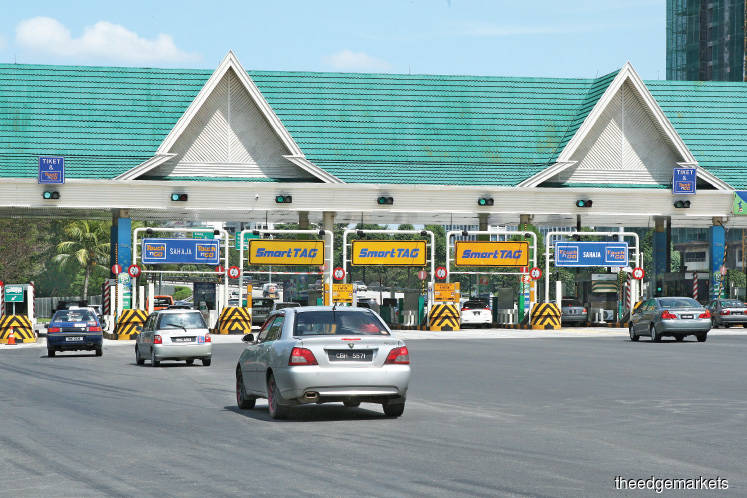 KUALA LUMPUR: The restructuring exercise of PLUS Malaysia Bhd’s concession agreements to bring about toll rate reductions is believed to entail the securitisation of its future cash flow estimated at RM7.5 billion. Yesterday, Prime Minister Tun Dr Mahathir Mohamad announced that PLUS will slash its toll rate by 18% this year.

According to sources, the concessionaire will be given a 20-year extension. A special purpose vehicle (SPV) will be set up to undertake the securitisation exercise.

It is understood that the estimated value of PLUS’ future cash flow was derived based on the forecast of a 1% annual traffic growth. To make up for the shortfall of toll collection from the 18% rate cut, the government will step in to guarantee the concessionaire’s debts amounting to approximately RM22 billion, on top of RM13 billion that it has already guaranteed.

The government’s fresh guarantee will help PLUS to reduce borrowing costs as well as enable it to free up cash that is required to maintain PLUS’ AAA bond rating.

The government, which is obliged to compensate PLUS for any toll hike freeze or cut, will be a stakeholder of the SPV. A source noted that this structure saves the government billions on compensation.

The restructuring exercise also allows the authorities to cut toll rates without breaching its covenant with bondholders. Should the annual traffic growth exceed 1%, being the SPV owner, the government will gain from the additional toll collection.

With the extra money, the government will have the option to either reduce toll rate further or shorten the concession period.

Checks on CTOS LitE Report reveal that PLUS suffered an after-tax loss of RM93.53 million on revenue of RM3.83 billion for the financial year ended Dec 31, 2018 (FY18).

In July last year, PLUS wrote to The Edge Financial Daily explaining some of the seemingly bad numbers for FY17.

PLUS had accumulated losses as a result of the privatisation exercise that was completed in January 2012. It acquired all assets and liabilities of five highway concessions at a fair value of RM23 billion and issued a series of bonds totalling RM30.6 billion to fund the acquisition as well as refinance all its previous borrowings.

The acquisition cost of RM23 billion was capitalised in accordance with the Malaysian Financial Reporting Standards, which is amortised to the income statement as a charge over the remaining concession period.

Hence, as at Dec 31, 2017, an accumulated amortisation of RM5.46 billion was charged to the income statement, together with the total finance cost of RM9.18 billion over the six financial years, resulting in the accumulated loss of RM3.98 billion to PLUS as at FY17.

To recap, PLUS issued Islamic debt paper of RM30.6 billion to take the toll concessionaire private in 2011 as part of its delisting exercise. As at April 2019, it was reported that RM30.2 billion was left to be paid from the sukuk issuance.