Plantation stocks down on weak prospects for palm oil prices 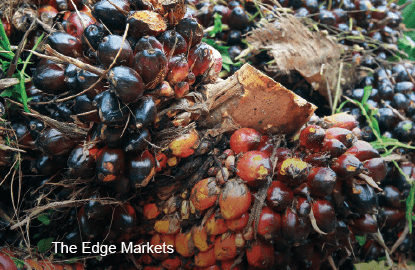 It was the 12th top decliner on Bursa Malaysia today.

The digitaledge Daily had reported today that RAM Ratings had trimmed its 2015 forecast for crude palm oil (CPO) price to RM2,100 to RM2,300 per tonne from RM2,200 to RM2,400 per tonne, as the commodity’s price came in at the lower end of its earlier expectations and averaged RM2,219 per tonne in the first half of this year (1H15).

The ratings agency said the commodity’s upside potential is limited by the feeble price of crude oil, which palm oil’s trajectory tends to track, amply supply of edible oils and seasonal increase in production of CPO as oil palms enters peak production cycle.

Depending on the severity of the El Nino weather phenomenon in the coming months, the impact on production will typically only be felt in the longer term, it added.

The agency said inventory stood at 2.15 million tonnes as at end-June, about 30% higher y-o-y amid slowing demand growth for the commodity.

The CPO futures November contract is currently trading at RM2,048 per tonne.

However, RAM Ratings said that the weaker ringgit may provide some support.

The ringgit touched a 17-year low today, trading at 3.8905 against the greenback, as official data on the unexpected 5% increase in June exports failed to lift the currency.