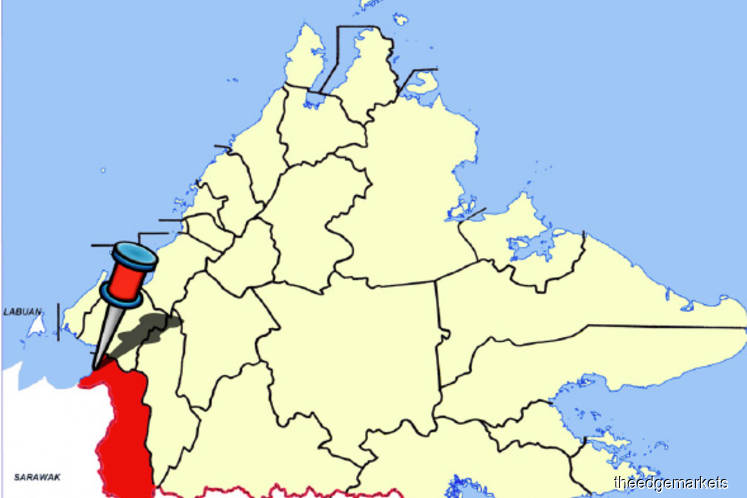 WHETHER RM20 billion in private investments to build Southeast Asia’s first bio-industry hub in Sabah will materialise hinges on the result of a judicial review next month by the Kota Kinabalu High Court, as a legal tussle between Pelangi Prestasi Sdn Bhd and the state government is taken up a notch.

Sources close to Pelangi Prestasi tell The Edge that the investment plan has considerable merit. If it comes about, about 5,000 jobs will be created in Sipitang. Not only that,  it will contribute almost RM16 billion in gross national income to the country.

Perhaps more importantly, the plan will create a sustainable high-value industry for forestry assets in the state.

“Pelangi Prestasi saw Sipitang as having the potential to become a bio-industry hub due to its proximity to bio-resources in the region, including forestry residue, oil palm biomass, rubber plantation residue and municipal solid waste,” says a source close to Pelangi Prestasi’s management. “Other than producing traditional bioproducts, the plan was also to produce new, advanced bioproducts, including bioenergy, biofuel, biochemicals and other biomaterials.”

In addition, SFI has access to about 50,000ha of land planted with eucalyptus and acacia trees. It also has a dedicated jetty with two berths for vessels with a maximum capacity of 15,000 deadweight tonnage.

Under the sales and purchase agreement signed with Grant Thornton, the R&M was to procure fresh timber licences from the Sabah government for Pelangi Prestasi as SFI’s existing timber licences cannot be transferred to a third party.

A month after the new administration under the leadership of Datuk Seri Shafie Apdal took office after last year’s May general election, new terms for fresh timber licences were introduced, in addition to the terms approved by the previous administration.

One of the new terms required Pelangi Prestasi to enter into an agreement with a pulp and paper operator approved by the state government in a bid to revive the operations of its pulp and paper mill.

According to Pelangi Prestasi’s affidavit, which was sighted by The Edge, the company requested that the existing conditions remain status quo and that further terms and conditions only be agreed upon after the company had taken possession of the assets.

Pelangi Prestasi says in its affidavit that it had identified strategic partners for the SFI assets and that it had received preliminary and non-binding proposals from interested parties. But in spite of the company’s efforts to ensure it had the capability to upgrade and restart the pulp and paper mill, the state government decided in January this year not to award Pelangi Prestasi fresh timber licences.

“The change of government policy could really jeopardise an investor’s plan and result in wasted time, money and effort. In this case, Pelangi Prestasi has paid RM120 million as a deposit for the assets of SFI, and has prepared a business plan,” says the source.

Pelangi Prestasi’s plan for the SFI assets in Sipitang involves the development of central utilities and shared infrastructure within the 1,173ha site, as well as the upgrading of the jetty into a “bioport”.

The bioport will allow bioproducts to be exported to the regional and North Asian markets, says a source. At the same time, energy, water and materials produced there will be utilised in a symbiotic manner by the investors.

This symbiosis is the cornerstone of Denmark’s Kalundborg Symbiosis Centre — one of several European locations Pelangi Prestasi had visited to research their experience in developing a symbiotic industry, the source adds.

Other locations were Finland, where the company’s team met with Metsa Group’s management and visited its mill in Aanekoski, and the Netherlands’ Port of Rotterdam.

“The existing pulp mill will be modernised to become the catalyst of the project, to attract international bio-industry players to set up their biorefineries within the site. Biomaterials produced by the mill could be feedstock for the refineries, processing it into other speciality products,” the source says.

The end goal is to create an industrial area that utilises the products and residue of each investor, creating a symbiotic environment, as implemented in Kalundborg where energy, water and materials are used in such a manner.

Now, the plan depends on the judicial review by the Kota Kinabalu High Court, when the matter is heard on Aug 23. On June 28, the court granted leave to Pelangi Prestasi for judicial review of the state’s decision to impose new conditions on the company’s application for fresh timber licences.

Pelangi Prestasi was also successful in obtaining a stay order from the court to stop the R&M from engaging with other parties with a view to selling SFI’s assets.

It is believed that the R&M had called for an international tender for the sale of the assets after the state government informed it of its decision to not award fresh timber licences to Pelangi Prestasi.

For Pelangi Prestasi, the best outcome would be for the court to nullify the state’s decision and orders it to execute fresh timber licence agreements based on the same terms of the existing SFI licence.

The company also says that it is  committed to providing employment to all SFI employees on the existing terms and without the loss of service tenure.