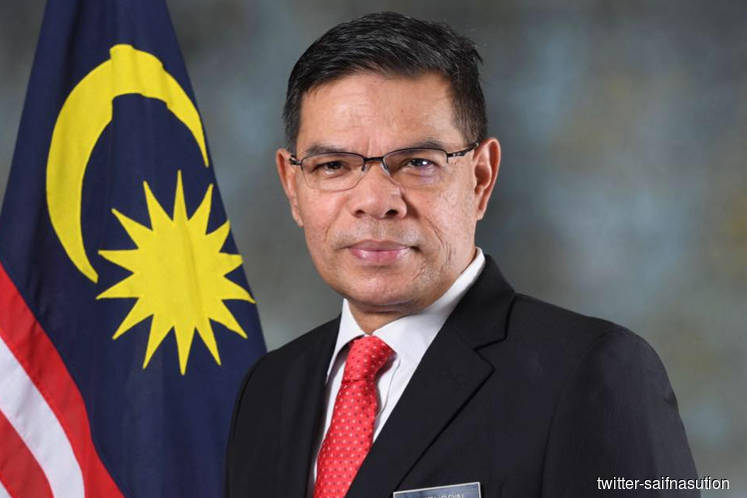 KUALA LUMPUR (June 12): Parti Keadilan Rakyat (PKR) has urged for the immediate halt of the ongoing viral dissemination of a video, which is seen as a tactic for dirty politics.

PKR secretary-general Datuk Seri Saifuddin Nasution Ismail said in a statement today such politicking method does not benefit the society and country.

"PKR firmly and consistently rejects any form of dirty politics especially when the new Pakatan Harapan government has been chosen by the people on the spirit of reformation to help the people and develop the country," Saifuddin Nasution said.

He did not specify in the statement the video in question.

But PKR's statement today apparently coincides with a viral gay sex video, which appears to involve a man and a Malaysian federal minister.

Earlier, theedgemarkets.com, quoting a video clip, reported that an individual by the name of Haziq Aziz made a "sworn confession" today alleging that he was the man in the sex video which appeared to involve another man, who Haziq claimed is a Malaysian federal minister.

It was reported that Haziq alleged today in the video clip that the sex video, which has gone viral since yesterday, was taken without his permission on May 11 this year during the Sandakan by-election in Sabah, in a room at Hotel Four Points.