Pitfalls & Pitch calls: We have support 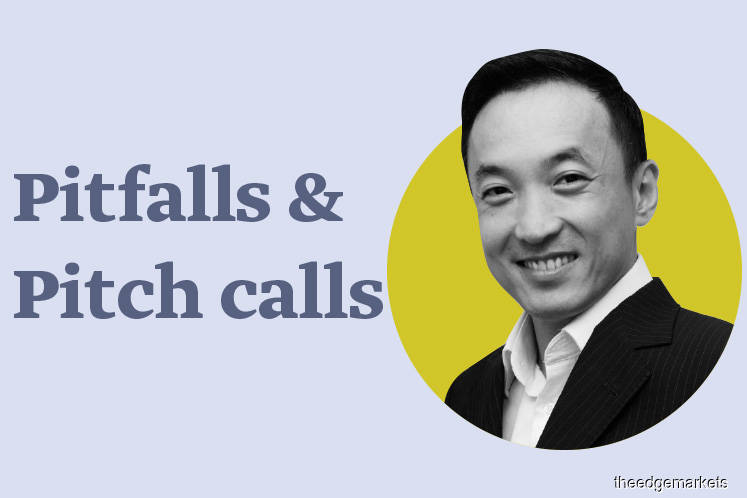 With Budget 2020 and Shared Prosperity Vision 2030 being announced over the past month, some of us must have been kept on edge.

If you missed the show, Malaysia has widened its budget deficit target for next year, giving the government space to support growth in the face of weakening revenue, slowing global growth and a trade war between two of the country’s main trading partners. The government has revised the 2020 deficit goal to 3.2% of GDP from 3% previously and expects real GDP growth to rise to 4.8% next year from an estimated 4.7% this year.

Despite narrowing the fiscal deficit to 3.2% of GDP next year from 3.4% this year, Budget 2020 places more emphasis on increased spending to support economic growth, which the government projects will rise to 4.8% in 2020. A GDP growth of 4.8% is much needed but in this column, we only hope for it amid unresolved trade disputes and a slowing global growth environment. As OCBC chief economist Selena Ling recently said, even with the overt efforts of Budget 2020 to prop up private consumption (60% of GDP), the overall growth target may be hard to achieve as GDP may be dragged down by a challenged investment cycle.

What exactly is a challenged investment cycle? Well, a slump in capital goods imports, for example, may be a sign that there will likely be a slowdown in our fixed capital formation (also known as property, plant and equipment). Meanwhile, if our exports are hit by interference in the global supply chain, this will see local exporters and businesses cut down on spending and employment.

Now that you are caught up, what do you think? I love the fiscal boost overall, but view the growth projection as a bit optimistic for the aforementioned reasons. Call me a cynic, but unless you see local consumers suddenly ramp up their shopping habits, private consumption will not boost our GDP. With political disagreements and Asians valuing frugality, the odds are not in our favour.

I have summarised what has happened over the past month and given my views. Now, I would like to focus on gratitude. No, I have not joined a new cult — but I am still a keen adherent to the cult of liquidity! I mean gratitude for the fiscal boost that not everyone gets.

We Malaysians receive more help from our government than Australians and Europeans (hah, take that developed countries!). In fact, in Australia, central bank governor Philip Lowe had to repeat his call for the government to support the economy with fiscal stimulus via infrastructure investment. However, with a government focused on a budget surplus, even the governor of the Reserve Bank of Australia said it was “unrealistic” to expect a lower interest rate to boost growth on its own at a cash rate of 0.75%.

Australia is not facing this issue alone. European Central Bank (ECB) president Mario Draghi delivered a monetary stimulus package in a bid to shore up the eurozone economy and push up stubbornly low inflation. But he also offered a sobering message on the limits of the ECB’s efforts.

Draghi, chairing his penultimate meeting before leaving the ECB presidency at end-October, was as direct as ever about the limited ability of monetary policy alone to improve the economy. In his news conference, he said the ECB would have had to do less on the monetary policy front if fiscal policy had played a bigger role and said it was “high time for fiscal policy” to take charge in shoring up the economy (ouch).

So, that is the chatter with Australia and Europe. The question on your mind is probably with regards to fiscal policies and the political holy grail of a budget surplus. What are these and why are intelligent adults passive-aggressively firing shots over it in the media?

Well, fiscal policy is the use of government revenue, gained from taxation, to influence the economy. When I say influence, I mean help, which is what our Budget 2020 aims to do.

Governments typically use fiscal policy to promote strong and sustainable economic growth. But alas, economics and politics do not always agree. Politically, the mantra is “surplus good, deficit bad”. The only problem is that it is untrue and can be as harmful to an economy as a sustained deficit. Oh, the political demagogue.

Thus, with the recent Budget 2020, I think Malaysia has a good blueprint structurally for a multiplier effect of having a two-pronged approach to buffer our economy. With both monetary policy and fiscal policy on our side (due to Bank Negara Malaysia and the government respectively), the country has a structure that Europe and Australia can learn from.

So, galvanised by our fiscal and monetary support, should you start pouring in money? If people are extolling our government’s virtues, surely it is time to go in? Well, stocks are a great opportunity when you know what you are doing. And what you should know is to look at both the macro and micro. Macro-economically, the situation remains challenging, even with a cheerier micro situation. I would feel safer with a risk-off portfolio for now, with a focus on income and alternatives such as gold.