Pitfalls & Pitch calls: Buy, sell or hold? An investor’s conundrum in these times 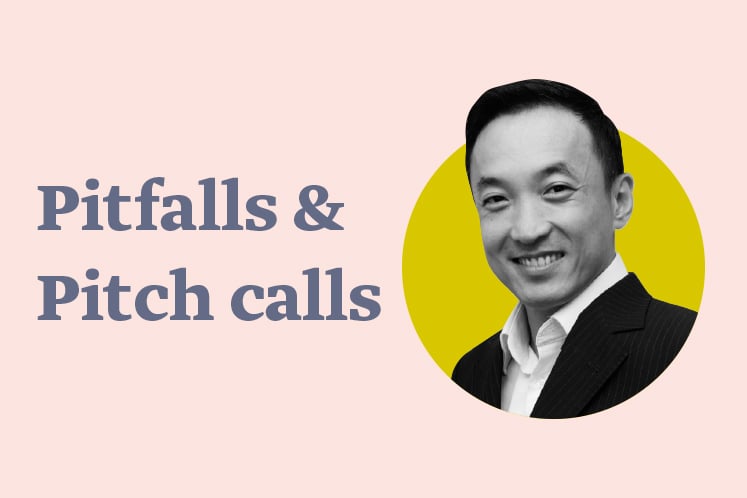 Malaysia has been hit by the formidable Covid-19 and the number of cases has increased exponentially in the past few weeks. This was so alarming that the government announced a movement control order to prevent a further spread of the virus. This, among other things, sparked a wave of panic buying of daily necessities.

The apprehension is growing around the globe as the number of Covid-19 cases escalates outside of China. At the time of writing, the number of confirmed cases had surpassed 700,000 and the death toll was more than 33,000.

On a positive note, the infection rate has fallen significantly in China. Most of the new cases are “imported” ones and these people are being isolated upon arrival in the country.

As China moves away from being the epicentre of the coronavirus outbreak, investors are now closely monitoring the pandemic beyond its borders. Many countries across Asia, Africa, the Americas and Europe have implemented preventive measures such as lockdowns, movement controls and travel bans in an attempt to curb the spread of the virus.

For instance, the US has barred the entry of all foreign nationals who have visited China, Iran and a group of European countries. A movement control order — similar to the one imposed in Malaysia — has been implemented in New York City and the San Francisco Bay Area to limit the spread of the virus.

On March 17, European Union leaders announced that they would be closing at least 26 countries — with more than 400 million people — to nearly all visitors from the rest of the world for at least 30 days. China was the first country to implement a strict lockdown and the results seem promising as the situation has stabilised in the two months following a complete lockdown of Hubei province.

In the coming weeks, the global infection rate will be a crucial gauge of the effectiveness of these measures. Hopefully, these will produce results similar to what China has achieved.

Meanwhile, central banks are doing their best to support their countries’ economies. The US Federal Reserve, for one, has cut its key interest rate to a range of 0% to 0.25% — the same level during the 2008 global financial crisis.

China has been gradually cutting interest rates and its required reserve ratio to encourage banks to provide cheap loans to small companies impacted by the virus. Central banks in Australia, Canada, Malaysia, New Zealand and the UK have adopted a loose monetary policy and cut interest rates by 25 to 75 basis points to support the countries’ economic growth.

Governments are also pulling out the big guns with their stimulus packages. US President Donald Trump signed a massive plan on March 27 that will see US$2 trillion in total spending. The fiscal stimulus is about 10% of US GDP in 2019, which is larger than the stimulus in 2008 (about US$800 billion or 5.4% of US GDP in 2008).

At the time of writing, it had been reported that China was set to unleash additional fiscal stimulus to revive the country’s economy. In 2008, China implemented the largest fiscal stimulus of that time, with total spending of RMB4 trillion — about 12.5% of its GDP in 2008.

Malaysia has pushed out a substantial stimulus package of RM250 billion, representing a whopping 17.6% of its GDP in 2019 to address the impact of Covid-19. The supply chain disruption, weakening global demand and low crude oil prices have impacted the fundamentals of our economy and heightened the risk of recession. But the triple policy thrusts — extremely low interest rates, aggressive fiscal stimulus and proactive preventive measures — will provide a degree of mitigation to the immediate economic stress.

As the outlook remains cloudy, investors are advised to return to the playbook and discipline of building diversified, long-term portfolios that will deliver superior risk-adjusted returns. For highly leveraged investors, consider prioritising liquidity over bargain-hunting and rebalancing a concentrated portfolio. For investors with sufficient liquidity, be positioned to separate the wheat from the chaff as a dispersion of performance will rise when the dust settles. However, any re-entry into the market should be in phases and make use of diversified instruments such as funds to avoid concentrated portfolios.

The recent selldown in the bond market has presented a relatively better entry point for investors to accumulate more bonds for portfolio stability. Within this asset class, we are slightly overweight on China high-yield bonds as the composition largely comprises Chinese property names, unlike the commodity/energy-centric composition of Indonesia and India. China also enjoys a large and robust domestic economy.

Without a doubt, the recent plunge in global bourses has created some anxiety in the market. The conundrum — whether to buy, hold or sell an investment — is even more prominent as the market continues to trend lower. The stock price is merely a price tag on a share of the business, and it may not justify the value of the business sometimes. Instead of anchoring our investment decision on the fickle share price alone, investors should look through the market turmoil and focus on the true value of the business in terms of its business model, competitive advantage, leadership and financial strength. All investment decisions — buy, hold or sell — should be backed by solid reasons to avoid any kind of herd mentality.