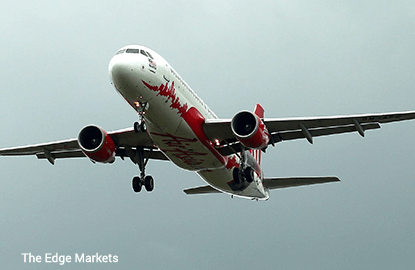 KUALA LUMPUR (Jan 4): Philippines-based low-cost airline Philippines AirAsia Inc has been reported to seek the Filipino government’s go-ahead to launch a route to New Delhi, as it plans to extend its routes to include India.

Based on a regulatory filing dated Dec 19, 2016, the domestic unit of Malaysia’s budget carrier AirAsia Bhd had submitted an application to the Civil Aeronautics Board (CAB) last month and was requesting an allocation of seven weekly flights to the Indira Gandhi International Airport via Bangkok, Thailand.

This, Inquirer.net reported, was in line with Philippines AirAsia’s approach to extending its market share in the Philippines for both the domestic and foreign markets.

It now accounts for about 10% of the country’s commercial aviation market, still lagging behind Cebu Pacific Air and Philippine Airlines.

Philippines AirAsia owns a fleet of 15 Airbus A320s, which flies domestically and regionally.

AirAsia’s group chief executive Tan Sri Tony Fernandes had last month said he remains optimistic on prospects in the Philippines, as Philippines AirAsia, which has not posted full-year profit, works its way back into the black.

He noted that the budget airline would move plans to hold an initial public offering — which would raise more than US$200 million — forward to this year, instead of 2018 as originally intended.