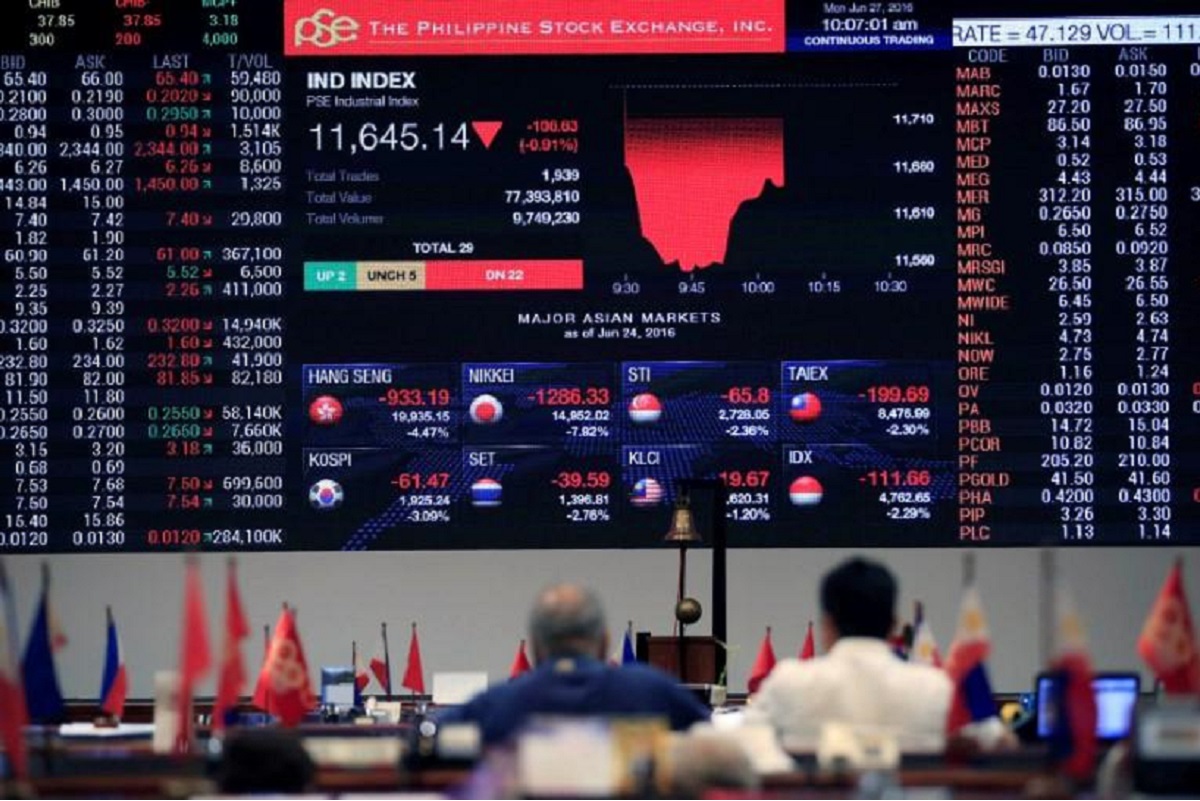 (Oct 20): Philippine shares rose to a two-month high on Tuesday as the easing of coronavirus restrictions boosted risk appetite, while Thai shares held near six-month lows after a sell-off triggered by fears of escalating anti-government protests.

The Philippines, one of the worst hit in Southeast Asia by the pandemic, shortened curfew hours in Manila and eased regulations on stay-at-home orders on Monday, just a week after a ban on non-essential overseas travel was lifted.

Manila's benchmark stock index, which has largely underperformed this year, rose 1.7% to its highest since Aug. 19, driven by gains in blue-chip consumer stocks.

"Optimism appears to be driven by hopes for economic activity to pick up ahead of the holiday season. Gains however may be capped by reports that metro Manila mayors continue to lobby for partial quarantine measures be retained for the rest of the year," said Nicholas Mapa, ING's senior economist for the Philippines.

Sentiment has also improved after the Philippines' lower parliamentary house on Friday approved the 2021 budget, aimed at underpinning a recovery for the economy, which was one of Asia's fastest-growing prior to the pandemic.

Thai stocks largely swung between positive and negative territory and the baht dipped, as markets remained on edge after thousands of protesters took to the streets in Bangkok on Monday and defied a ban on demonstrations for a fifth day.

Analysts at Phillip Securities Thailand said despite some positive developments that emerged after a court granted bail to 19 protesters, risks that protests could be drawn-out remained intact.

Protesters seek the removal of Prime Minister Prayuth Chan-ocha, a former junta leader, and reforms to reduce the powers of the monarchy.

"We had factored in rising political uncertainties, but the political situation now is worse than expected," analysts at CGS-CIMB Research said in a note.

"Although there is virtually no foreign tourists in the country, the rising political turmoil would squash domestic travel... this would aggravate the tourism sector as they are expecting domestic travelling to provide some cushion during this challenging time."

Most stock markets and currencies in the rest of the region traded lower as continuing uncertainty on a stimulus package in the United State and record daily coronavirus infections in Europe steered investors away from riskier bets.

The South Korean won and Taiwan dollar outperformed with gains of 0.3% and 0.9% respectively against the greenback.