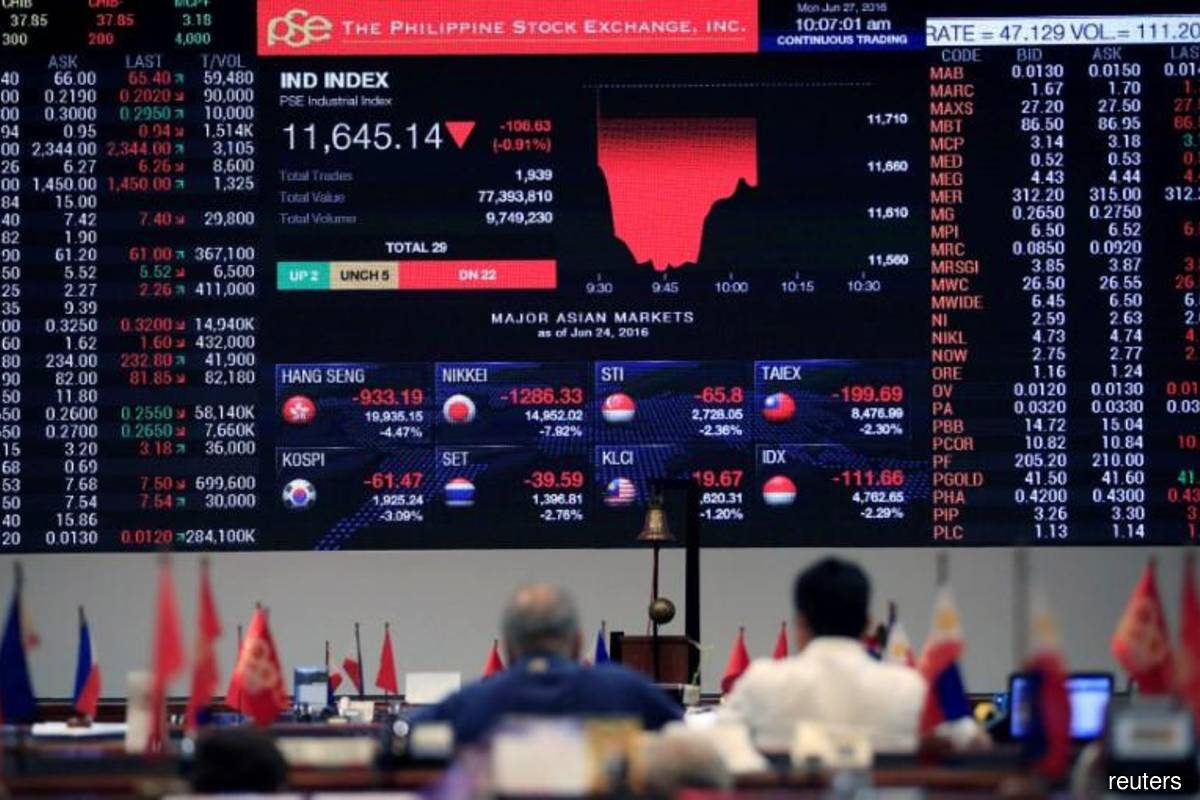 (July 15): Philippine stocks sold off heavily on Wednesday, with traders weighing the possibility of further restrictions related to the novel coronavirus as hospitals come under pressure from surging infections.

Manila's main index fell more than 2.5% to a more than one-month low and is now down 23% so far this year, underperforming its peers across Asia.

It was a mixed morning for the remaining Asian markets, as tensions with the United States weighed on China, while India, Singapore and South Korea all gained.

In currency markets, the Indonesian rupiah was the worst performer, weakening over 1% against the greenback as investors priced in prospects of a fourth interest rate cut by the central bank on Thursday.

A slim majority of analysts polled by Reuters expect Bank Indonesia to cut its benchmark rate by 25 basis points to 4.00%.

A bond auction on Tuesday was also oversubscribed, indicating investor willingness to buy the country's high-yielding debt despite recent rate cuts and a fall in the value of the rupiah.

Even as Philippines on Wednesday reported the lowest daily increase in virus cases in nearly two weeks, officials warned of more fatalities ahead and said critical care facilities in several hospitals had reached maximum capacity.

Covid-19 infections have more than tripled since June 1 when restrictions started to ease and local media speculated President Rodrigo Duterte would announce new community quarantine classifications for cities later in the day.

"An extension of partial lockdown measures will hurt the earnings outlook for listed companies with the economy in the midst of a recession," said Nicholas Mapa, ING's senior economist for the Philippines.

Indian shares were the top performers, advancing about 1.6%, while strength in banking and real estate stocks helped Singapore shares rebound a day after data pointed to a record contraction in the economy for the second quarter.

"The Singapore stock market has long been underperforming the US and rest of Asia this year, and retail investors are probably eyeing bargain hunting opportunities," said Margaret Yang, a strategist with DailyFX.

"The lack of substantial trading volume, however, suggests that institutional capital is not returning to the Singapore market yet."