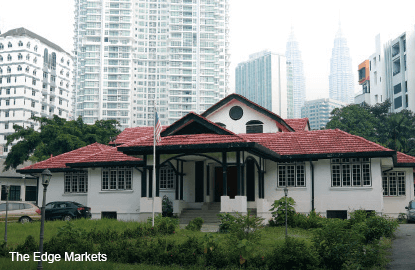 SEVERAL buildings in the city centre near Bukit Bintang, built during the British administration, are expected to make way for a multi-billion ringgit integrated development project comprising serviced apartments, offices and a mall.

Documents seen by digitaledge Weekly show that Pelaburan Hartanah Bhd (PHB) is planning to develop a 6.8-acre site in Jalan Conlay, Kuala Lumpur, which used to house the office of the Kuala Lumpur Regional Centre for Arbitration (KLRCA).

The proposed development, located directly opposite Kompleks Kraftangan, includes a 50-storey serviced apartment building and two blocks of 37-storey office suites that will sit atop an eight-storey retail podium and a three-storey basement car park.

Nevertheless, a back-of-the-envelope calculation shows that a conservative plot ratio of 10 would give the project a gross development value of RM3.8 billion, says an industry player.

PHB’s site is located along an upcoming luxury enclave where Jalan Bukit Bintang meets Jalan Raja Chulan. Together with Jalan Conlay, the area is fast becoming a hotspot for high-end developments. Banyan Tree Signatures Pavilion and Kempinski Hotel at 8 Conlay are located in Jalan Conlay while the Harrods Hotel will sit between Jalan Conlay and Jalan Raja Chulan (see map). This suggests that PHB’s development may be upmarket too.

PHB, a developer-cum-property investor, acquired Lot 301, a freehold 296,427 sq ft parcel, in July 2012 from the Federal Land Commissioner, Section of Land Management & Legislation, for RM162.8 million. At this price, the transaction works out to RM549 psf.

Interestingly, a land search at the Federal Territories Director of Lands and Mines Office shows that subsequent to the purchase, PHB placed a caveat on the land on Nov 1, 2012 but the parcel was only registered in its name on Dec 30, 2014.

It is noteworthy that valuers and real estate agents place the price of the land at around RM3,000 psf. This means the land is worth a whopping RM889 million.

The land surrounding the old KLRCA site is currently being used as parking lot. Near the site are several other unoccupied buildings that appear to be of the same age as the ex-KLRCA bungalow.

No 12 Jalan Conlay was home to the KLRCA for 23 years from May 1991 until 2014, when it moved into a newly renovated colonial building called Bangunan Sulaiman or Suleiman House, in Jalan Sultan Hishamuddin. The 85-year-old was gazetted in 1983 as a heritage site under the Antiquities Act 1976 and the National Heritage Act 2005.

According to KLRCA’s newsletter for the third quarter of 2014, the colonial bungalow on Jalan Conlay had eight rooms that accommodated three arbitration rooms, a library, a reception room, a general office, the secretary’s room and the director’s room. In 1993, two new counsel rooms were added.

“The building was designed as one of the many types of government quarters (for housing the many government officers in the British administration), spread out along the streets in the vicinity back in 1925-1930. It is termed a ‘colonial house’ since the design uses the Colonialists favoured Palladian and Neo-Classical vocabulary adapted adequately to the climatic requirements of the region. The British authority at the Public Works Department administered the land where the quarters were built. After independence, the land was turned over to the Prime Minister’s Department by the Kuala Lumpur local authority,” the newsletter says.

Since then, PHB is reported to have grown its investment assets, which could very well bring its assets under management to RM4 billion. In March, PHB announced the purchase of The Shore Shopping Gallery in Melaka for RM212 million. Subsequently, it purchased a 51% stake in Nu Sentral Sdn Bhd for RM119.77 million.

PHB’s property developments include Ampang 210 and Gleneagles Hospital Kuala Lumpur Extension. It also owns the parcel in Bangsar where Unilever’s headquarters and factory once sat.

More recently, PHB announced that it has acquired a 4.4ha tract in Terengganu for RM106 million to build a mixed integrated commercial development project with a gross development value of RM700 million. It bought the land from the state government and its agency, Lembaga Tabung Amanah Warisan Negeri Terengganu.

A search with the Companies Commission of Malaysia shows that in the financial year ended Dec 31, 2013, PHB made a net profit of RM710 million and its accumulated profit stood at RM1.45 billion. Its total liabilities were RM3.87 billion, with current liabilities of RM1.73 billion.

According to its website, PHB is a real estate investment holding company and a wholly owned subsidiary of Yayasan Amanah Hartanah Bumiputera. Set up in 2006, it aims to boost bumiputera ownership of prime commercial real estate assets in Malaysia. 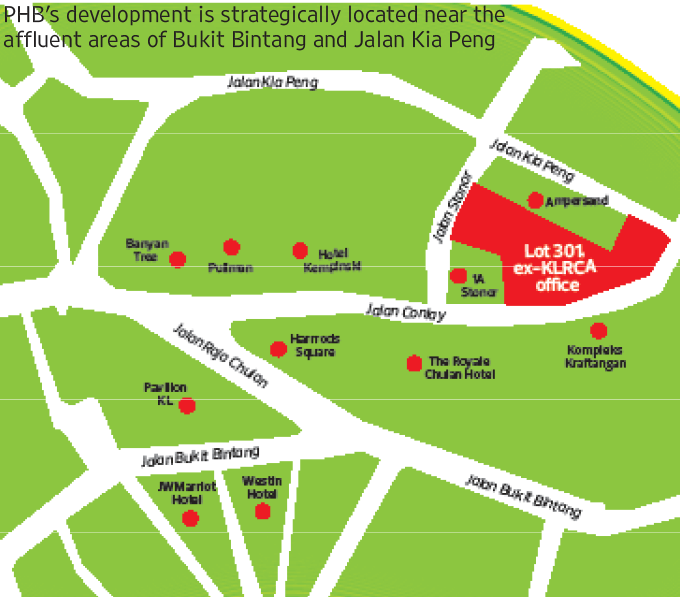