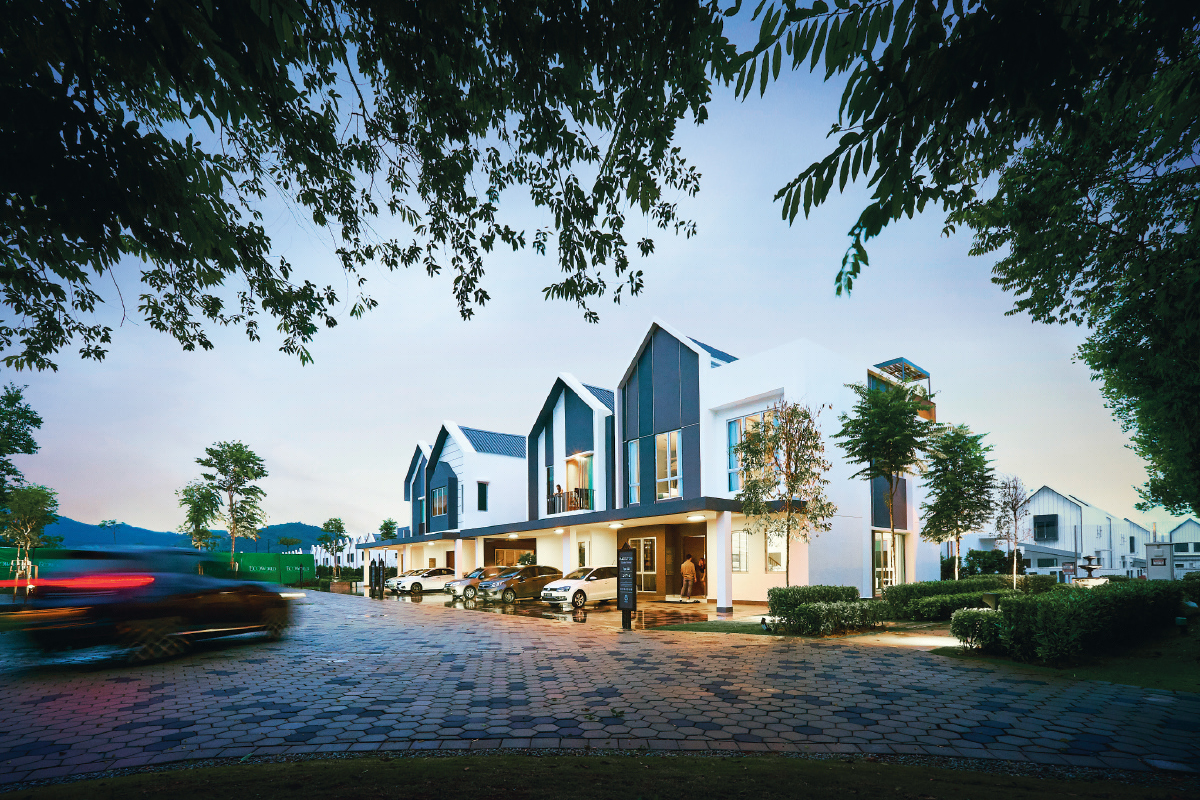 Garden Homes have a unique A-frame design and a fully extended, open-concept layout (Photo by EcoWorld)

Phases 2 and 4 of Hazelton in Eco Forest, Semenyih, Selangor, have achieved take-up rates of 40% and 90% respectively since they were launched in December and August 2020.

The 50.26-acre Hazelton, which is the second precinct in Eco World Development Group Bhd (EcoWorld)’s freehold Eco Forest, has a gross development value (GDV) of RM420 million. It will consist of 530 landed homes that come with a linear garden and a 20ft-wide back lane.

“Homes in Phases 2 and 4 have a unique A-frame design and a fully extended, open-concept layout with 11ft ceiling height and a 20ft full-width master bedroom that will allow for a spacious walk-in wardrobe. As such, the hassle of doing renovation is reduced,” says EcoWorld divisional general manager Evon Yap in an email interview with City & Country.

According to the developer, one of the unique selling points of Garden Homes is that they are conceptualised as holiday lodges for daily living, surrounded by lush greenery. The cabin roof of each lodge extends beyond the façade, providing privacy in the balconies and allowing residents to enjoy the surroundings in a peaceful and private space of their own.

“The Garden Homes have a 30ft wide frontage for residents to have a small private terrace/garden, thereby extending the living area to the outdoors, and together, they form a wide open space for gatherings. The wide frontage also allows all rooms to have good natural light due to the large expanse of windows,” explains Yap.

The location of the houses has been carefully planned to maintain the built environment in the long run, she adds. “The layouts of the homes are improvements on our designs in previous phases to complement customers’ ever-changing lifestyles.”

“These have been put in place for the community to grow and thrive in, which will contribute to capital gains of houses in Hazelton,” says Yap. Sprawling over 515 acres, the gated and guarded Eco Forest has only one entry point and is located next to Broga Hill. Launched at the end of 2017, the township has a GDV of RM2.5 billion and will comprise eight precincts with landed homes, high-rise developments and shoplots.

“We have put in a lot of effort and time in bringing better infrastructure to the township. We have upgraded Jalan Broga with a 4.5km new connection. It takes only six minutes to drive from Lekas Highway (Kajang Dispersal Link Expressway) to the south gate of Eco Forest,” says Yap.

Nearby amenities include the University of Nottingham Malaysia, SJK(C) Ton Fah and Tesco Semenyih. The development is a 45-minute drive from the Kuala Lumpur city centre and is easily accessible via Lekas, Cheras-Kajang Expressway and Kajang-Seremban Highway. It will also be linked to the upcoming East Klang Valley Expressway, which is expected to be completed this year.