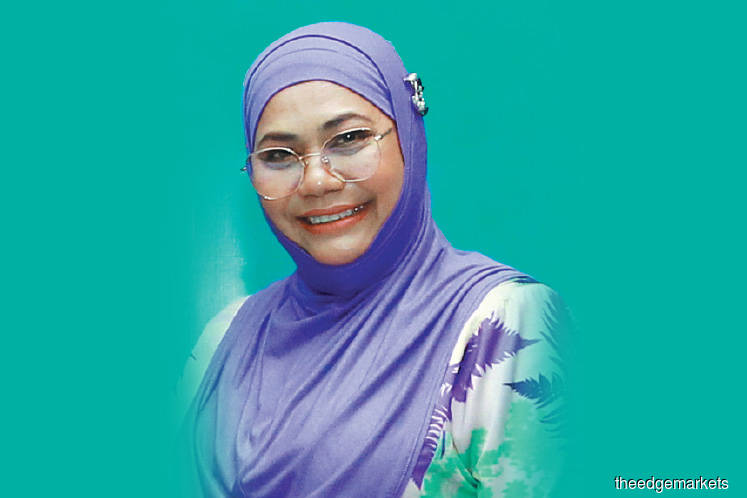 This confirmed a report by theedgemarkets.com yesterday, citing a person with knowledge of the matter, that Pharmaniaga will not be extending Farshila’s contract when it expires.

In a filing with Bursa Malaysia yesterday, Pharmaniaga said Farshila, 54, is leaving “on completion of service contract” after nine years with the company. She joined Pharmaniaga’s board on March 25, 2011, before becoming its MD on April 1 the same year.

In a separate statement, Pharmaniaga said Farshila is currently pursuing her PhD.

According to Pharmaniaga’s Annual Report 2018, Farshila founded Idaman Pharma Sdn Bhd (IPSB) in 2001 and started her venture in the highly regulated pharmaceutical industry. Under her leadership, IPSB developed a synergistic partnership with Boustead and facilitated the acquisition of Pharmaniaga by Boustead in 2011.

Since end-2018, Pharmaniaga has seen several changes to its board, starting with the resignation of its chairman Tan Sri Che Lodin Wok Kamaruddin, 69, which Pharmaniaga announced on Dec 31 that year, citing a mutual early termination of his service agreement with Boustead as MD.

On July 17 last year, Datuk Dr Hafsah Hashim, 61, was appointed as independent and non-executive chairman of Pharmaniaga. Hafsah served the government for 36 years — during which she held senior positions like the chief executive officer (CEO) of SME Corp Malaysia — before retiring on Aug 15, 2018.

On Dec 24, 2019, Pharmaniaga announced the appointment of Dr Salmah Bahri, 61, as its independent and non-executive director effective Jan 1. She was the senior director of pharmaceutical services at the health ministry from Nov 1, 2016 to July 18, 2018.

Shares in Pharmaniaga have fallen 25.6% over the past 12 months to close at RM2.09 yesterday, bringing it a market capitalisation of RM545.97 million.

The share price decline is partly due to news that Pharmaniaga’s concession to distribute drugs and medical supplies for the health ministry will end come Dec 31, 2021.

Nevertheless, it has managed to secure a five-year contract to continue providing logistics and distribution services to the health ministry for five years ending Dec 31, 2024.

For the cumulative nine months ended Sept 30, 2019 (9MFY19), Pharmaniaga posted a 22.7% decline in net profit to RM29.38 million from RM38.03 million a year ago, on lower contribution margins. Revenue for 9MFY19, however, rose 17.7% to RM2.1 billion from RM1.79 billion for 9MFY18 on solid performances from both its concession and non-concession businesses.