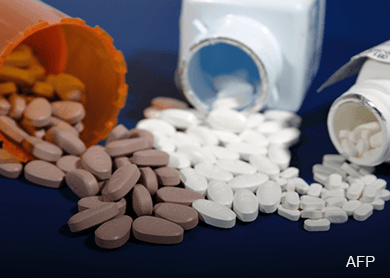 Having outperformed the FBM KLCI which rose 3.14% YTD, investors may be wondering whether there is any more upside to their share prices.

Analysts and fund managers believe the vibrant price rally was due to the positive news announced by the companies coupled with stronger-than-expected financial results.

At the same time, there were reports that the stocks had rallied on expectation of the dispensing separation policy and the perceived positive impact of the goods and services tax (GST) to be implemented on April 1, on the companies’ earnings.

The latest news is that the government has yet to decide on the proposal for doctors to diagnose and pharmacists to dispense medicines, and the impact from the GST may not be as evident on the two companies’ bottom lines.

“The recent price rally is mainly due to the positive news announced by the companies”, a fund manager told The Edge Financial Daily.

“I do not think the GST is contributing to the price rally because the GST is technical and it is difficult to measure its impact,” the fund manager said.

“Historically, Pharmaniaga’s share price will rise in tandem with the earnings result and contracts awarded,” he added.

An analyst said the price rally of Pharmaniaga (fundamental: 0.95; valuation: 2.1) was mainly driven by its partnership with three public universities announced recently.

“We are positive on that,” the analyst said, as it would expand Pharmaniaga’s market reach and serve as an additional revenue stream.”

HLIB has a “buy” call on Pharmaniaga and a target price of RM6.21.

CCMD does not have a dividend policy, but it has been paying out 59% to 76% of its profit after tax, translating into 14 sen to 18.5 sen per share in the last five years.

He said the GST has minimal impact on the group’s earnings as some 60% of the company products are GST-exempted.

“About 45% to 50% of our products are supplied to the government sector, while another 10% is for exports and these two categories are not taxable,” he told The Edge Financial Daily.

The remaining 35% to 40% supplied to the private sector, is also GST-exempted as majority of the medicines are covered under the National Essential Medicine List (NEML), which is zero-rated.

On the proposed dispensing separation, he said it would be positive to the group if it is implemented.

The company is in the midst of acquiring six subsidiaries involved in drug manufacturing from its parent company CCM Chemical Bhd. About 70% of the six companies’ customer base is in the private sector.

“We have to make sure we have sufficient access to the market. The acquisition will provide us with good access to the pharmacy market,” Leonard said, as the group could take advantage of the six companies’ customer lists.

“It will expose us to a larger market instead of relying on the government sector,” he added.

Of the two counters, Pharmaniaga leads the gains. Its share price has jumped as much as 31.9% YTD, followed by CCMD’s 31.2%.

Pharmaniaga rose to an all-time high of RM6.17 before closing at RM6.04 yesterday, for a market capitalisation of RM1.56 billion.

CCMD traded to a historical high of RM3.37 yesterday before closing at RM3.28, translating into a market cap of RM458.11 million.