PH did not set any conditions to form state govt, says Wan Rosdy 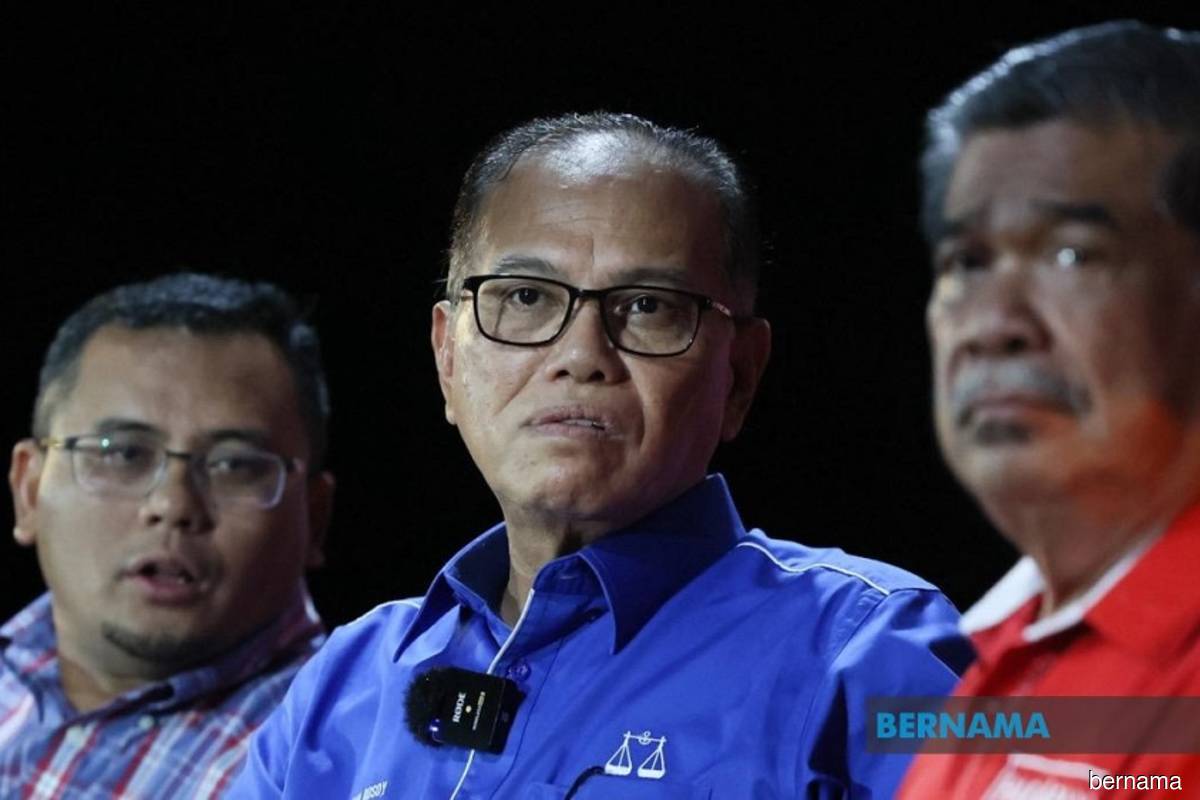 ROMPIN (Nov 30): Pahang Menteri Besar Datuk Seri Wan Rosdy Wan Ismail says Barisan Nasional (BN)’s decision on choosing to work with Pakatan Harapan (PH) to form the state government was because the political bloc was ready to cooperate without placing any conditions, so that the state government could be established immediately for the sake of stability.

He said Pahang PH chairman Datuk Seri Amirudin Shari, who is also the Selangor Menteri Besar, had contacted him after the result of the 15th general election (GE15) saw a hung Pahang state assembly, as no political bloc obtained a simple majority.

Wan Rosdy, who is also Pahang BN chairman, said he was also contacted by Perikatan Nasional (PN) to discuss the formation of a state government. However, the coalition, which was represented by PAS deputy president Datuk Seri Tuan Ibrahim Tuan Man, had put several conditions for the purpose.

Among conditions was that Wan Rosdy would be appointed a federal minister, as a senator; while the position of menteri besar, state assembly speaker, an equal proportion of the state executive council members (exco) and three appointed state assemblymen would be given to PN.

However, Wan Rosdy said PN later offered the position of Menteri Besar to BN after being informed that PH did not put any conditions on the formation of the state government.

“I thought about and saw that this was not a discussion, but it had been decided and determined (by PN)... if I agreed to their request — in the Pahang state assembly, there are 42 seats — if I agree, they will have 22 votes in the state assembly, which could cause me to fall (as the menteri besar) at any time.

“So (if it happens), what will happen to the state government? We want to establish a state government as we want to continue our agenda to work, continue the stability and prosperity. There are many agendas to be achieved, not just politicking,” he said while speaking at a talk during the campaign for the Tioman state seat.

For the first time in Pahang, BN and PH shared the stage as Parti Amanah Negara (Amanah) president Mohamad Sabu and Amirudin also joined the programme.

“The decision to be with PH was not my decision alone. I brought it up in discussions with my fellow assemblymen, in the Umno liaison body... I told them what happened and we assemblymen and Pahang BN unanimously agreed to be with PH,” he said.

Meanwhile, Mohamad Sabu in his speech reminded all electors in the Tioman state constituency to vote for BN candidate Datuk Seri Mohd Johari Hussain, after PH decided that their candidate Mohd Fadzli Mohd Ramly should give way to the candidate, taking into account the cooperation between BN and PH at the state and federal levels.

He also admitted that at the beginning of the collaboration, he was asked by BN chairman Datuk Seri Dr Ahmad Zahid Hamidi and Umno deputy president Datuk Seri Mohamad Hasan on how he would campaign with Umno after 44 years of “bashing” them.

“I don’t know how to begin. We in politics can change friends, but we will not change the goals and policies we hold. We will take the Opposition’s criticism, the people’s criticism to build a better country by upholding the existing Constitution,” he said.

Commenting on the decision to give way to the BN candidate in the election, Mohamad Sabu said he did not receive any resistance from the state leadership regarding the decision.

“So far, there is no (opposition to the decision). Complaints are normal. God willing, we can manage it; this is the party’s decision. When the decision is made, everyone has to obey. If anyone is not satisfied, I think that is only temporary,” he said.

When asked if such cooperation would continue in state elections to be held in several other states after this, Mohamad Sabu said it would be decided when the time comes.

The Tioman state seat election will be held on Dec 7, after being postponed following the death of PN candidate Md Yunus Ramli, 61, at 3.30am on GE15 polling day (Saturday, Nov 19).

The other candidates in the contest next week are Nor Idayu Hashim of PN, Osman A Bakar (Pejuang) and Sulaiman Bakar (Independent).