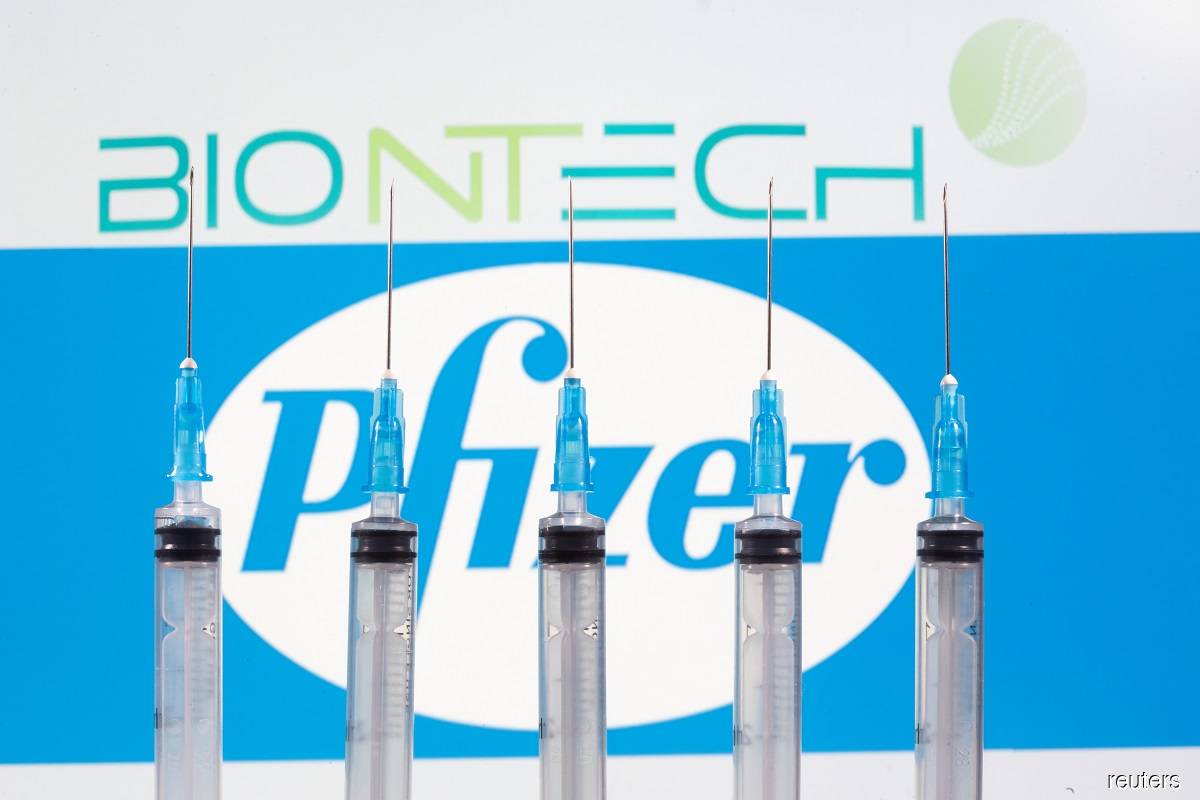 FRANKFURT/BERLIN (Dec 1): Moderna and Pfizer-BioNTech are in a tight race to launch their Covid-19 vaccines in Europe, after both applied for emergency EU approval on Tuesday, though there was uncertainty over whether a rollout could begin this year.

The applications to the European Medicines Agency (EMA) came a day after Moderna sought emergency use for its shot in the United States and more than a week after Pfizer and BioNTech did the same.

US drugmaker Pfizer and its German development partner BioNTech said their vaccine could be launched in the European Union as early as this month.

"We can start to deliver within a few hours (of an approval)," said Sierk Poetting, head of operations and finance at BioNTech. "We have been stocking up. And everything that is there can really be distributed within a few hours."

The EMA clouded the timeline, however, when it said it would complete its review for that vaccine by Dec 29 at the latest, and for Moderna's shot by Jan 12. It added that its schedule may be subject to change, as its evaluation proceeds.

The European Commission, the EU executive body, said it would likely give its final authorisation for a vaccine's rollout, days after a recommendation by the EMA.

An effective immunisation is seen as the main weapon against the pandemic, which has claimed more than 1.4 million lives and ravaged economies across the globe. Close to 50 potential vaccines are being tested on volunteers worldwide.

Both US biotech firm Moderna and Pfizer-BioNTech have reported preliminary findings of more than 90% effectiveness — an unexpectedly high rate — in trials of their vaccines, which are both based on new messenger RNA (mRNA) technology.

Their work validates that of several biotech experts, who for years have been labouring to prove a once-unorthodox idea: The human body can act as its own vaccine factory.

Pfizer and BioNTech reported final trial results on Nov 18 that showed their vaccine candidate, known as BNT162b2, was 95% effective in preventing Covid-19, with no major safety concerns.

Moderna Inc said on Monday that full results from a late-stage study showed its candidate, mRNA-1273, was 94.1% effective, also with no serious safety concerns.

Any clearance in the EU and United States for the vaccines will be "conditional" or for "emergency use", meaning developers are obliged to continue trials and provide more trial results as they emerge.

The European filings complete so-called rolling reviews, initiated by the EMA on Oct 6 in the case of Pfizer, and on Nov 16 for Moderna, aimed at speeding up the process by doing a real-time assessment of the data as it lands.

The EMA said on Tuesday that it had started a rolling review of Johnson & Johnson's vaccine candidate, after preliminary results showed it triggered production of antibodies and immune cells against the virus. The review will go on until enough evidence is available for a formal marketing authorisation application, the regulator added.

The British government said last week that Pfizer and BioNTech had reported the data from their clinical trials to the Medicines and Healthcare products Regulatory Agency (MHRA).