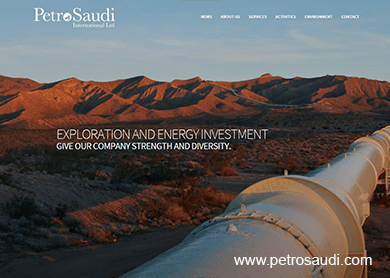 A PSI statement said the company was considering legal action over reports and "online criticisms" of its past deal with 1MDB, saying they were "simply false".

"Any suggestions of wrongdoing in the online allegations about the partnership are simply false. All the capital invested by 1MDB has been returned - with profits," the Saudi-based company said.

"In fact the joint venture, which ended in 2012, was a 'win-win' for Malaysia and PetroSaudi. The information relating to the joint venture is publicly available in the audited accounts of 1MDB at the Malaysia Companies Commission.

"Unfair or false attacks on investors and partners of Malaysia only serve to damage the country," it read.

A recent exposé by whistleblower website Sarawak Report alleged that Malaysian businessman Low Taek Jho had used PetroSaudi as a front to siphon off US$700 million.

The UK-based website claimed that Low, also known as Jho Low, had engineered the joint-venture between both companies which resulted in 1MDB repaying the money to PetroSaudi. The funds ultimately went to a company controlled by Low, called Good Star Limited.

The joint venture deal was started in 2009 and ended six months later, with 1MDB's investment of US$1 billion converted into Mubaraha notes, which 1MDB president Arul Kanda Kandasamy has said was paid back in full.

Sarawak Report had furnished documents and email trails as proof, and the story has since gone viral and picked up by other media.

"Some of those reports appear to be based on selective and distorted extracts of copies of internal company emails and documents, the originals of which we believe to have been obtained unlawfully and in some cases altered. We are actively considering our legal options," PSI's statement said.

According to news reports, PetroSaudi Investments Limited has lodged a report over Sarawak Report's article with London's Police Action Fraud Unit at the National Fraud and Cyber Crime Reporting Centre in the UK.

Low yesterday, in an interview with the South China Morning Post, denied all allegations of fraud and money laundering, and said he had never been the "mastermind" behind 1MDB.

The Cabinet on March 4 cleared 1MDB of any wrongdoing, saying the allegations only concerned external parties and not the strategic investment vehicle.

Still, the Auditor-General was directed to conduct an independent check of 1MDB's accounts, which will be passed to the bipartisan parliamentary Public Accounts Committee, the police and the Malaysian Anti-Corruption Commission for further action.