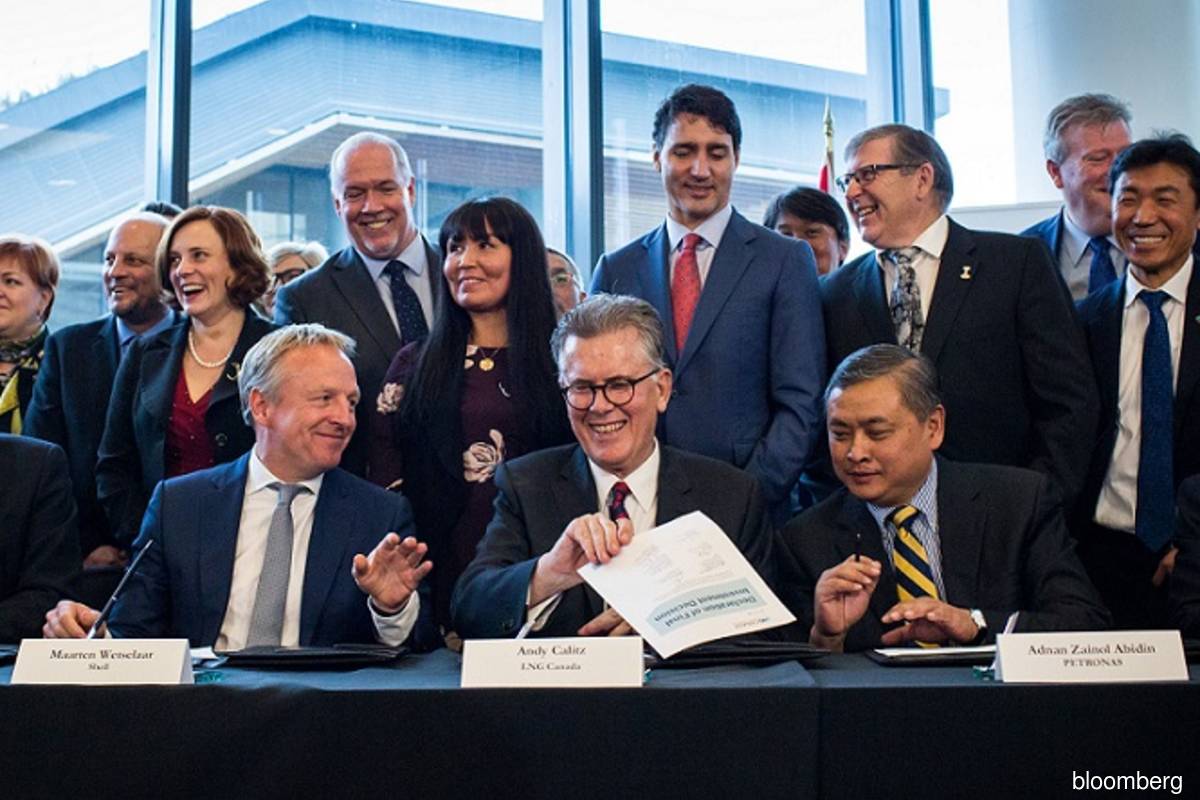 (July 30): A Royal Dutch Shell Plc-led project to build a C$40 billion (US$32 billion) liquefied natural gas facility in Canada is threatened with another delay, amid a dispute over who will bear the escalating cost of a pipeline to supply the plant.

TC Energy Corp, builder of the Coastal GasLink pipeline that will feed the LNG Canada plant on the coast of British Columbia, warned Thursday it may suspend “certain key construction activities” on the pipeline as it quarrels with the project’s backers over “recognition of certain costs and the impacts on schedule.”

Calgary-based TC Energy didn’t say how much costs have increased. In early 2020, the estimated price tag for the pipeline was C$6.6 billion.

Work on the LNG Canada plant, billed as the largest private-sector investment in Canada’s history, began in 2018, after years of delays due to high costs and regulatory hurdles.

The project, owned by a consortium that includes Shell, Malaysia’s Petroliam Nasional Bhd, Mitsubishi Corp, PetroChina Co and Korea Gas Corp, will send as much as 14 million metric tons a year of natural gas, chilled to a liquid so it can be loaded onto tankers from the Pacific port of Kitimat, to energy-consuming markets in Asia.

But the effort to build the gas pipeline from northeastern BC to the plant has faced protests and Covid-related delays that have caused the cost to “increase significantly,” TC Energy said. It wants to include the incremental costs in the final pipeline tolls.

TC Energy is in confidential discussions with LNG Canada to resolve the disagreement and “we do remain hopeful that we will have a fair and reasonable outcome,” Tracy Robinson, the pipeline company’s president of Canadian natural gas, said on an earnings call.

LNG Canada is committed to delivering its first cargo on cost and on schedule by the middle of the decade but “we remain concerned with TC Energy’s proposed cost increases and schedule performance on the Coastal GasLink pipeline, which are well beyond what was agreed to at the October 2018 final investment decision on the LNG Canada project,” Brian Hutchinson, a spokesperson for LNG Canada, said by email.

“We have been working hard with TC Energy to understand the reasons for the increase in cost and schedule, and we have provided recommendations on improved execution efficiency,” Hutchinson added.

Coastal GasLink has been stymied since work first began on the pipeline after the LNG Canada project was sanctioned. In early 2020, protests by indigenous groups along the construction pathway grew into a Canada-wide protest movement that blocked trains from moving goods and passengers across the country.

After the Covid-19 pandemic started, the number of workers building the pipeline was restricted by the BC government, slowing work on the line, the company said.