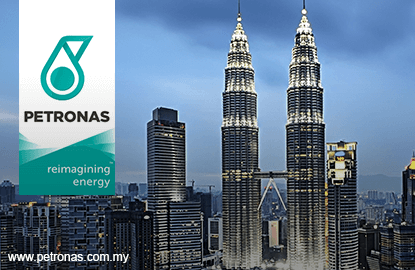 In a short statement, the national oil corporation said it has a zero-tolerance policy against bribery and corruption.

“Petronas takes the allegations very seriously,” the statement read. “The company has a zero-tolerance policy against all forms of bribery and corruption and expressly prohibits improper solicitation, bribery and other corrupt activity by employees, directors and third parties performing work or services for or on behalf of companies in the Petronas group.”

In a series of exposes on Unaoil — a Monaco-based firm that allegedly helps multinational corporations win contracts in areas of the world where corruption is common — American news portal The Huffington Post and Australia’s The Age newspaper reported last week that Unaoil had bribed Petronas executives to rig a large contract in oil fields in the south of Iraq that Petronas was managing in 2010.

The report stated that leaked emails revealed Unaoil agreed to pay millions of dollars to a Malaysian middle man named Affandi Yusuf, who claimed he could influence a top Petronas’ executive and other Malaysian officials in 2010.

Affandi had written to Unaoil, saying he would make an arrangement for the company to meet a Petronas executive, when he was in Dubai.

“As you are aware, the situation is very sensitive at the moment. I’ll have to meet Mr [Petronas executive] personally to make him comfortable to meet up with your team,” he was quoted saying in the report.

In a later email from Affandi, he claimed that in return for the bribes, his Petronas contacts had “fed us” inside information from a tender committee, which helped to ensure Unaoil’s client Petrofac qualified for a large contract.

“They have lived up to their obligation to get PF [Petrofac] qualified technically. According to them, PF would have been initially technically disqualified,” Affandi was quoted saying in an email, in which he demanded money.

Petrofac had responded that it did not condone bribery in any of its operations, The Age reported.