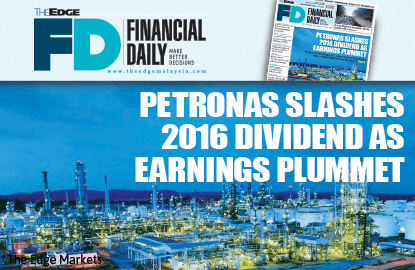 This article first appeared in The Edge Financial Daily, on November 12, 2015.

KUALA LUMPUR: Petroliam Nasional Bhd (Petronas) has slashed its 2016 dividend by 38.5% to RM16 billion from a payout of RM26 billion this year, after it reported a sharp fall in nine-month profits. The annual payout is the lowest since 2007.

The national oil company saw its net profit plunge 91% to RM1.35 billion for its third quarter ended Sept 30, 2015 (3QFY15) from RM15.07 billion a year ago. Its president and group chief executive officer Datuk Wan Zulkiflee Wan Ariffin attributed the weak performance to impairments taken on some of the group’s upstream assets in response to the prolonged low oil price and oversupplied global market.

This was on the back of a 25% drop in revenue for 3QFY15 to RM60.06 billion from RM80.37 billion in 3QFY14, mainly due to lower average realised prices recorded across all products caused by the continued low oil prices.

“These non-cash impairments are necessary at this juncture, as we brace ourselves for a long drawn-out period of low oil prices,” he told a news conference to announce Petronas’ 3QFY15 financial results yesterday.

“Petronas has discussed for a lower dividend rate with the government. We have agreed to RM16 billion as Petronas’ dividend commitment [to the government] for the year 2016 compared with RM26 billion this year,” said Wan Zulkiflee, adding that its 2016 dividend is based on the group’s performance this year.

Wan Zulkiflee said the outlook for the remaining quarter of the year and also for the first half of 2016 remains uncertain. Nevertheless, it expects 4QFY15 performance to be affected by the external economic headwinds.

“Global economic growth remains modest at best, compounded by the pending supply surge in the global oil market once sanctions on Iran are lifted, and inaction from Opec (Organization of the Petroleum Exporting Countries),” he said.

He said that the forecast mild winter season will prolong the slump in oil prices.

Wan Zulkiflee also said that the current low oil prices are already the norm, and that Petronas will continue to adjust to the new prices. 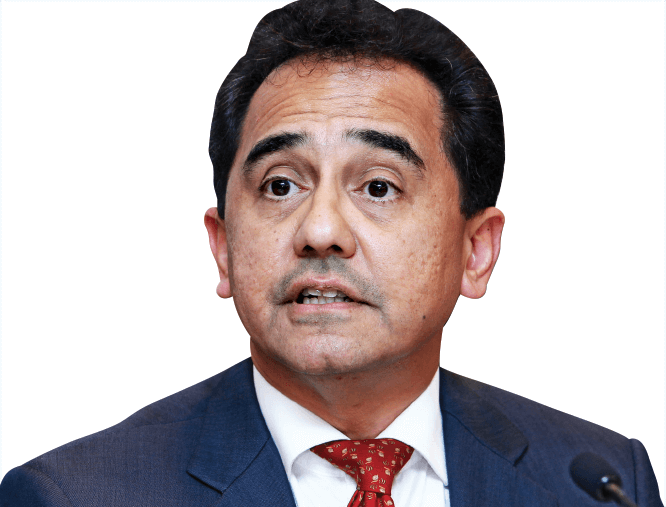 As the volatility in the global markets is expected to continue, Wan Zulkiflee said it is important for an expedited consolidation in Malaysia’s oil and gas (O&G) industry.

“Consolidation among players in the Malaysian O&G industry is not happening as quickly as we would like. I made a call last quarter for more consolidation and I would like to echo that call now.

“We have been encouraging the industry to really consolidate. In our projection, there is just not enough work volume for the companies in Malaysia for the next few years. In Malaysia, there are around 3,700 companies registered with Petronas. As a comparison, in Norway there are only 700 companies.

“Malaysian companies are small in size and the industry is very fragmented. That’s why we are really encouraging consolidation. After this challenging period, we hope the whole industry will be more efficient,” he said.

On the group’s Pacific North West project in Canada, which is facing some opposition from the locals, Wan Zulkiflee said the project is still pending the approval from the Canadian Environmental Assessment Agency before making its final investment decision.

“We are hopeful that the approval will be secured within the coming months. We are still committed to the project. We hope that this will be secured very soon, to enable us to start the project, to meet our target completion within 2020,” he said.